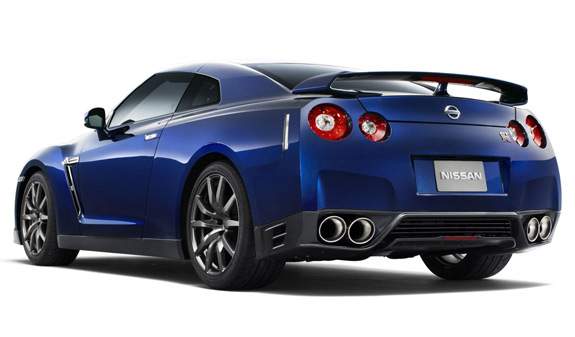 Following a major revision just last year, the 2013 Nissan GT-R receives numerous impressive performance enhancements. Horsepower has been boosted to 545 hp (from 530 hp), with torque now rated at 463 lb-ft (from 448 lb-ft). In addition, the suspension has been retuned to enhance both performance and comfort. Other changes for the 2013 model year include a standard RearView Monitor and the Black Edition receives a new dry carbon fiber rear spoiler.

Related Topics:2013 Nissan GT-RNissan
Up Next

Highlights From The 2012 Detroit Auto Show