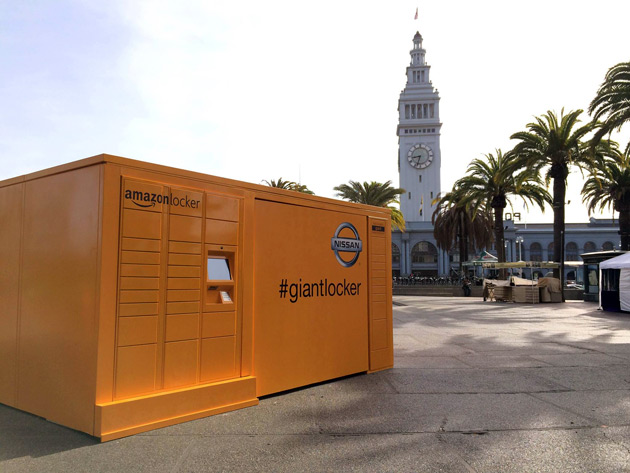 For Nissan, Innovation that Excites isn’t just a tag line, they really, truly, categorically mean it. From their cars to their brand experiences, Nissan innovation is about bringing excitement to your everyday. One way they do this is by creating communications that spill from the printed page, or viewers’ screens, into the real world. Like teaming with Amazon to showcase a car on its website and, of course, bringing the experience to them in a way that captures people’s interest and imagination.

Last year, Nissan made a big introduction for the Versa Note by placing it for sale on Amazon.com, thereby changing the way consumers could shop for a car. And when a photo of them delivering one Versa Note in a giant Amazon box was posted to Reddit, the story went viral on a global scale, all asking a single question, “What’s in the box?”

So when they put the all-new Nissan Rogue on Amazon.com this spring, they knew that they had to not only innovate once again, but also get people wondering how they would capture their interest and imaginations this time around.

Nissan teamed up with Amazon once again to create a giant Amazon Locker, one large enough to hold the all-new Nissan Rogue! That’s why TODAY, they’ve putting this giant locker in Justin Hermann Plaza in San Francisco. As people pass by and tweet, comment, or post photos about the giant locker using the hashtag #GiantLocker, they’ll earn a code to open one of the doors on the locker to win one of a variety of prizes.

One lucky participant will get the surprise of a lifetime when their code opens the giant door, and they win a new Nissan Rogue.