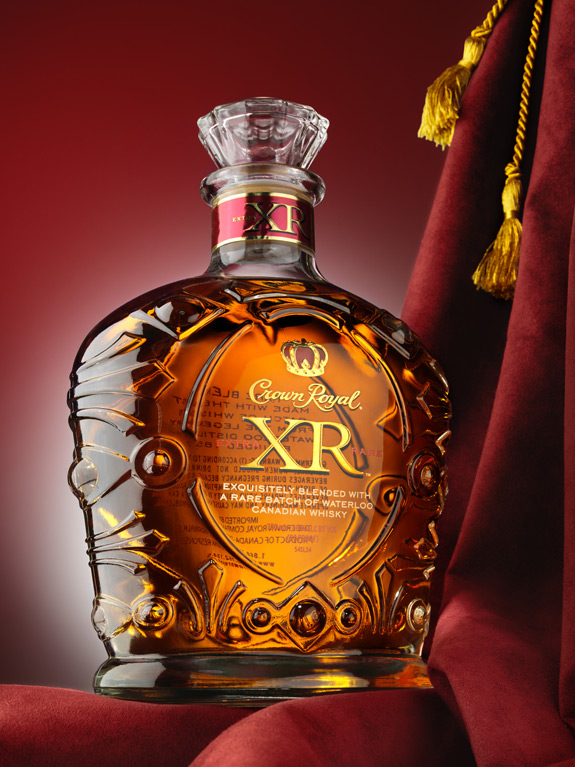 Several days ago Crown Royal extended an innovation for me to attend a private tasting of their Crown Royal XR whisky, and I gladly accepted. For those of you who are not familiar with Crown Royal XR, your time is running out. Crown Royal XR is a specific blend that was made from the last remaining batch of whisky distilled at Crown’s Waterloo Distillery, which ceased operations in 1992, and unfortunately suffered a fire in 1993. Crown Royal XR is a unique blend that is unable to be duplicated, and once it’s gone, then it’s gone.

My tasting was led by Andrew MacKay, Crown Royal’s Master Blender who is responsible for the XR blend. Not only was I going to receive a crash course in whisky 101, I was going to be educated by a true master of his craft. You see, Andrew actually went to school for whisky.

In addition to Crown Royal XR, I was also able to sample the entire Crown Royal portfolio, which allowed me to better understand and appreciate each specific blend. The tasting went as follows:

Andrew began the tasting by providing an introduction to the history of the Crown Royal brand, which started in 1939. He then flowed into how whisky came to be, the five types of whisky and their differences, and also explained what exactly a Crown Royal Master Blender does.

Now it was time to sample some whisky!

Arranged in front of my seat were five glasses, each containing a blend from Crown Royal’s portfolio. Andrew advised me to take the center glass, which was filled with a sample of Crown Royal Deluxe. He carefully explained the process that went into producing this specific blend, and informed me of the hints, notes, smells, and taste (initially, during, and after) that I would be experiencing from this blend. Each blend in the portfolio followed this same informative and educational experience, and Andrew gladly answered any questions that I had.

Here’s what I thought about Crown Royal XR.

I’m primarily not a whisky drinker, but I do appreciate a smooth blend. Crown Royal XR did not leave me disappointed, in fact it left me asking for another sip. The initial taste was smooth and creamy, and towards the very end of my sip I experienced a slight spice, but not enough to overwhelm my pallet. I see myself ordering a glass of Crown Royal XR while enjoying a cigar, or perhaps after a fine dinner. It’s truly an enjoyable blend, and as I said, it leaves you asking for more. At $129.99 per bottle, it’s a bargain considering that one day this blend will no longer exist.

Interested in hearing more about my whisky tasting experience or curious to what I thought about the other blends in the Crown Royal portfolio? Then leave a comment below and I’ll gladly respond.

Related Topics:Crown Royal XR
Up Next

How Much Beer Is Consumed On St. Patrick’s Day?