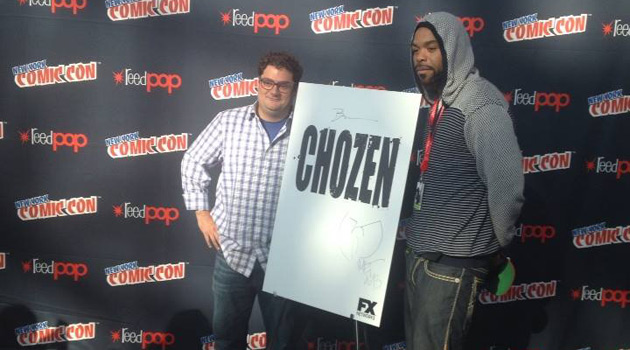 I attended New York Comic Con over the weekend, where I had the chance to sit down with SNL funny-man Bobby Moynihan and Method Man and talk about their new FXX Network animated comedy, Chozen.

Right off the success of Archer and EastBound and Down, producers Grant Dekernion and Tom Brady have created a whole new animated series called Chozen, which is about a gay white rapper (Moynihan) who is released from prison and goes on to pursue his dream of becoming a rapper. Along the way, he battles with his rapper nemesis Phantasm (Method Man). Sounds like fun!

So you have to be tired after doing SNL last night.

Bobby Moynihan: Um, I’m used to it. 3 hours. I got a solid three hours.

What’s that like to do SNL every Saturday? You have to be on such a high going into the after party and then you just have to crash?

BM: It’s a lot of getting home at 10am on Sunday morning and sitting down for like 40 minutes and thinking, wow all of that happened. And then going to bed and waking up and do it all again on Monday.

Do you actually do anything on a Sunday?

BM: I try not too. Now that Breaking Bad is over. Well now I have Homeland now. A lot of sleeping for most of the day and waking up around 7pm and ordering WAY too much Chinese food.

Who had the best after party?

BM: They’re different every time. That’s the crazy part, you go to the after party and you are so like, well for me I’m still a fanboy and I’ll geek out pretty bad. I’m so pumped to be on the show and then, you’re just sitting there and Tom Hanks walks in, or Paul McCartney is like “Hey Bobby!” and your like Paul McCartney knows my name. That happened.

A scene that sticks out to me that is filled with celebs was where you had to fight Taran Killam during Justin Timberlake’s Fiver Timers bit.

BM: That was one of the craziest nights I’ve ever had on the show. The rehearsal for it was the best part, because it’s two o’clock in the afternoon and your sitting with Chevy Chase, Steve Martin, Alec Baldwin, like all the heavyweights of SNL ever, and they are watching you wrestle Taran Killam and were literally whispering to each other, like we are wrestling in front of Dan Aykroyd right now. It’s so past surreal. 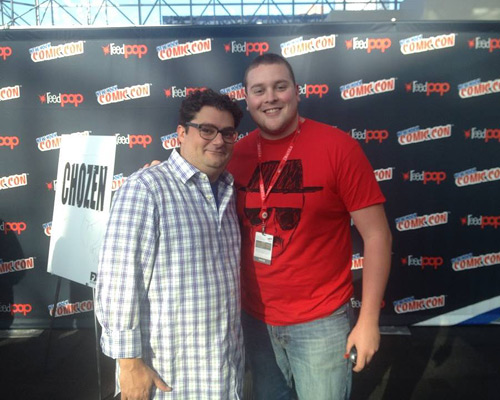 So let’s move to your new show Chozen, what’s it like playing Chozen?

BM: It’s pretty sweet! It’s crazy I did a character on SNL like my first episode named Mark Payne who was a very flamboyant ghetto waiter, I work at an UNO’s pizzeria for a large portion of my life. So that was kind of my revenge at UNO. The character kind of went away from SNL but now I feel like I am playing that role again now through this show.

So how ridiculous is the rap on the show?

BM: Yeah, its ridiculous. I’m a huge rap fan, the fact that Method Man is on the show and ten feet away from me still is crazy.

When you are in the booth, are you rapping with Meth or are you largely alone?

BM: Not with Method Man, but I did do some stuff with Nick Swardson and Dan McBride because we were in town at the same time. No, it’s pretty much just me. Did two episodes the other day.

Do you have any free-style skills?

BM: No. I try at home, but you guys aren’t getting a taste today. I did get to beat box on stage with Meth at the Panel. Every day is like another thing off my bucket list.

Well right before you have to go, what was your favorite SNL skit that you have done recently, because I love Drunk Uncle.

BM: Thank you, Drunk Uncle is very special to me. A while ago I did this character Kirby who misses his kitty cat. I also just did that last night (Saturday’s show) with Bruce Willis.

Alright thank you so much for hanging out with us today.

BM: See ya guys, thank you so much! It was nice meeting you.

… A few minutes later, Method Man came over to chat …

Method Man: Alright, so this is the beard table.

Don’t worry, when it comes in any further, it looks a little pubey.

Ryan Phillippe, I’ll take it. So tell us about Chozen. Your kind of the villain?

MM: Yeah, yeah kind of. You know what there are so many different levels to Phantasm, as you’re gonna see as the show progresses. But for me, he is just someone who wants companionship. He started out with the group and I think his biggest flaw was that he wanted to shine. Not to the audience, but amongst his crew and they didn’t respect him enough because they seen the facade; he put up as far as your not that hard. We grew up with you. We know where you come from. But to him, when Chozen meets his downfall, he sees his opportunity to shine. He runs with it to a point where it’s out of his control now and he has to keep putting up this front.

One mistake puts his character off on this path. 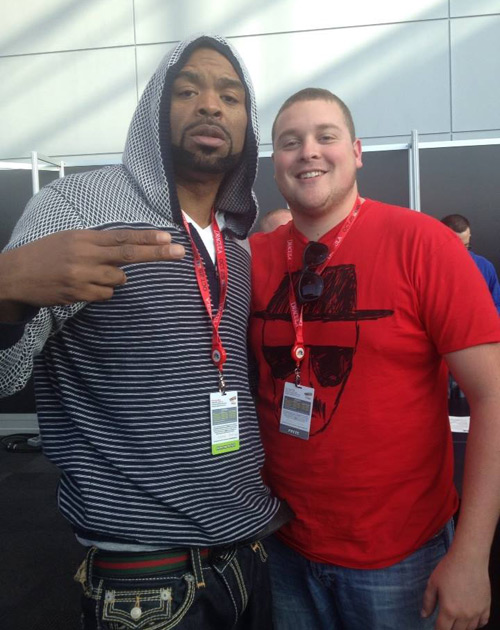 That actually makes total sense. I didn’t know I was getting a chance to interview you and I just watched Cop Land and forgot you were in that.

MM: Bring the Pain and Great White Hype got me that part. When I went to do that, I met Jamie Foxx, Sam Jackson and a guy named Peter Berg.

MM: Yeah, but he wasn’t a director than. Peter and I hit it off. When I auditioned for Cop Land, I had no idea that Peter was in the moviem and he threw in a good word for me and shit. I fucked that relationship up because he was going to fuck with me heavily when he first got his directing gigs. And there was a movie that he was trying to do, a fireman movie. Shit was dope, we were on the phone talking about every day then 9/11 happened so ix-nay on that. He called me one time and I did not call him back, he left me a voicemail saying Motherfucka when somebody calls you, you fucking call them back and answer your fucking phone. Never heard from him again. Tried calling him. Never heard from him again.

Just from one missed call.

MM: Yup, that’s the nature of the business. Jay-Z did that shit to Deniro, you know what happened?

It’s been fantastic talking to you, thank you so much.

This was one of my fondest days of my life. After the interview, I spoke with Meth and Bobby for about 20 minutes about the Lost, Dexter, and Breaking Bad finales. Apparently, Meth wasn’t thrilled with either the Dexter or Lost finales. He claimed he called the Lost finale that they were stuck in purgatory. Who am I to discredit Method Man? 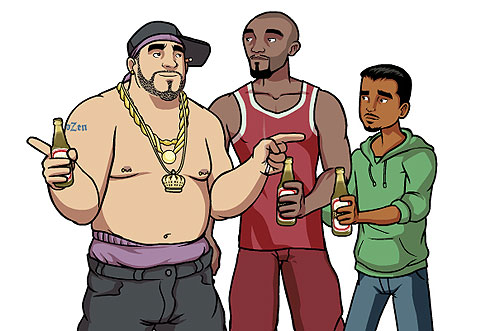 Chozen premieres early next year on FXX, and if it’s anything like Archer, we have a lot to look forward to!

Sitting Down With The Stars Of ‘Mob City’