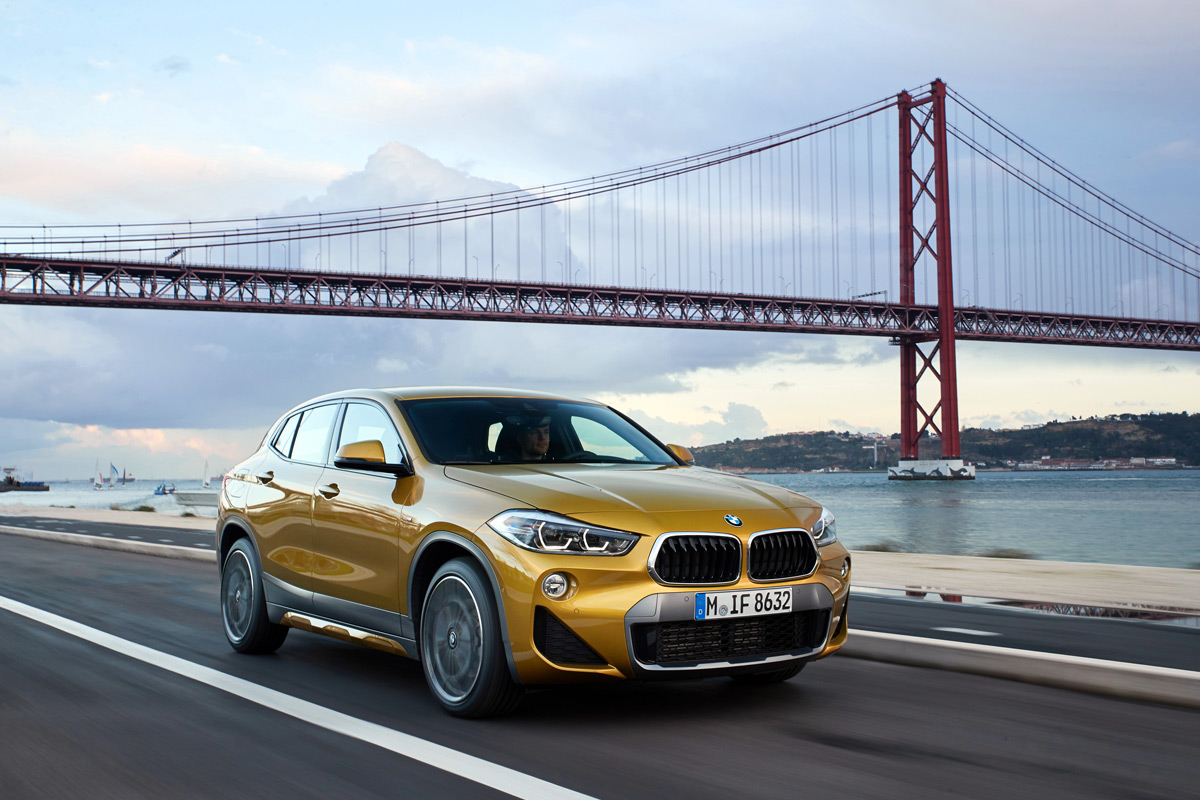 The luxury segment only recently started embracing compact-sized vehicles, but they’ve done so with gusto now that upscale buyers want smaller vehicles. Compact-sized cars have big advantages in urban environments and dense traffic, for sure, but are often a little uninspired when it comes to styling. Hence the BMW X2, which comes after the larger X4 and X6 models debuted the BMW idea of a “Sport Activity Vehicle.”

The 2018 BMW X2 offers all of the luxury that should be expected in a premium-level vehicle carrying the German marque. Based on the X1 subcompact crossover, the X2 eschews the usual square box crossover look for the more sportback sedan appearance of the SAV lineup BMW has been building. Its roofline is shorter, its rear hatch is more sloped, and its body lines are speedier. The ground clearance and larger wheels are the X2’s only indication that it’s a crossover-based ride. 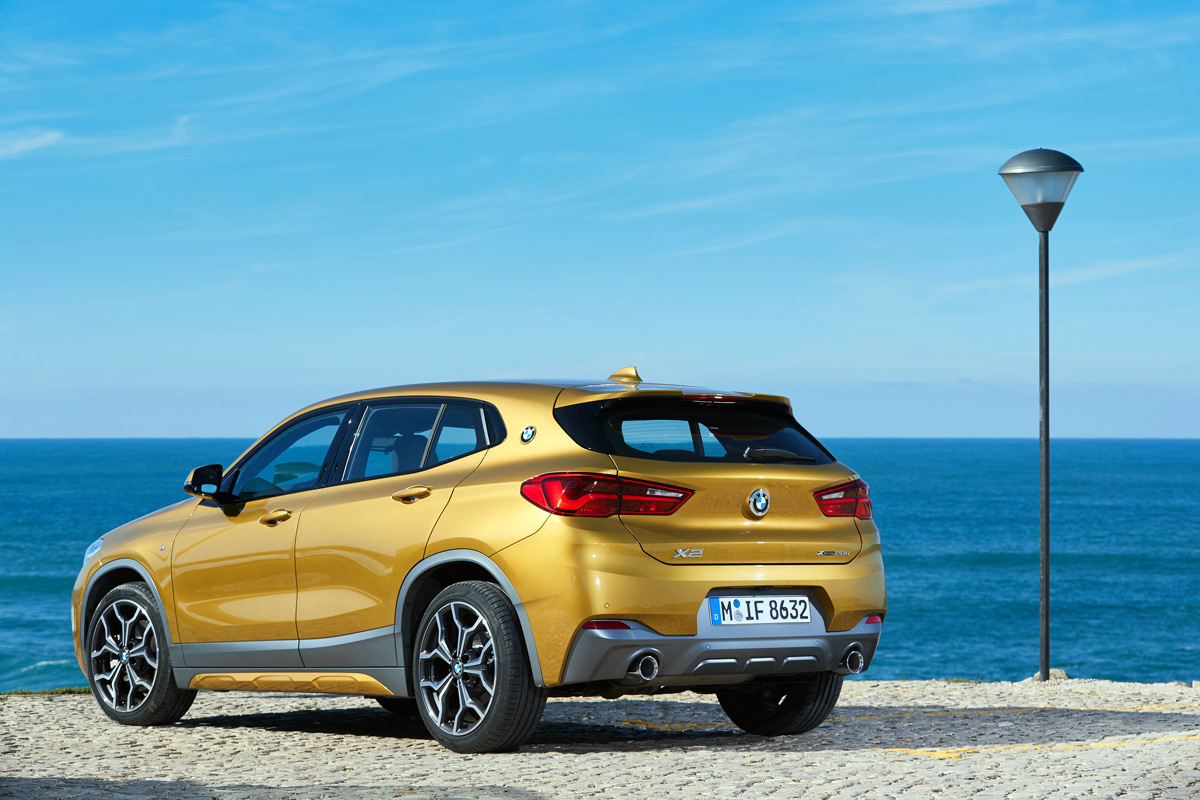 The BMW X2 comes in two varieties, the sDrive28i model or the xDrive28i. These designate drivetrain, with the “s” meaning front-wheel drive and the “x” meaning all-wheel drive. In keeping with BMW’s luxury penchant, the X2 otherwise has no other trim model designations; upgrades come in package options instead.

We like the standard equipment package for the 2018 X2, which includes 18-inch alloy wheels, LED headlamps and foglamps, automatic wipers, a power liftgate, push-button ignition, dual-zone climate, ambient interior lighting, a 6.5-inch touchscreen with the iDrive interface, and seven-speaker audio. These are a great start for a luxury car and while that touchscreen might sound small to the reader, in the diminutive little X2, it’s plenty large for the vehicle. From this base package, several things can be added to either model of the 2018 X2. 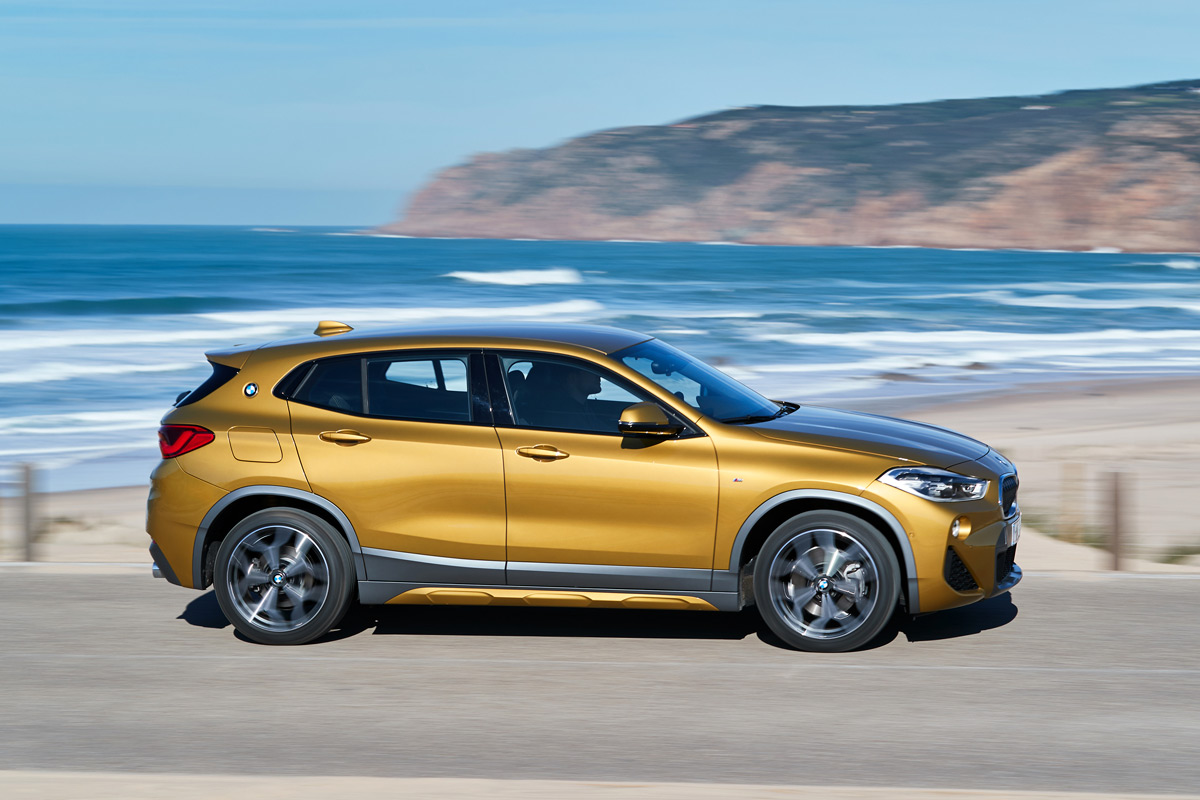 The Convenience package makes the 2018 BMW X2 truly modern and luxurious, adding power folding mirrors, a panoramic sunroof, auto-dimming mirrors all around, keyless entry, and adjustable lumbar support. Those who want more tech can add the Premium package with its head-up display, larger 8.8-inch touchscreen, navigation, and heated front seats. Those with a more performance-minded bent will want to consider the M SportX package, which adds the Convenience package and then tacks on 19-inch wheels, aerodynamic upgrades, sport tuning to the transmission, and an M Sport steering wheel with shift paddles. The Dynamic Handling package adds dynamic dampers. The safety conscious will want the Driving Assistance package that adds advanced safety systems and lighting control.

Powering the new 2018 BMW X2 is a turbocharged 2.0-liter four-cylinder engine that is plenty powerful for the little car. Turbo lag is an issue, as it is with all of BMW’s small vehicles, and ramping up the little four takes some time. At speed, though, the engine outputs a lot of oomph for the X2 and is a great powerplant. The eight-speed automatic transmission in the X2 is well done and feels good on the road. Especially in the all-wheel drive variant. It’s really great in the M SportX upgrade. 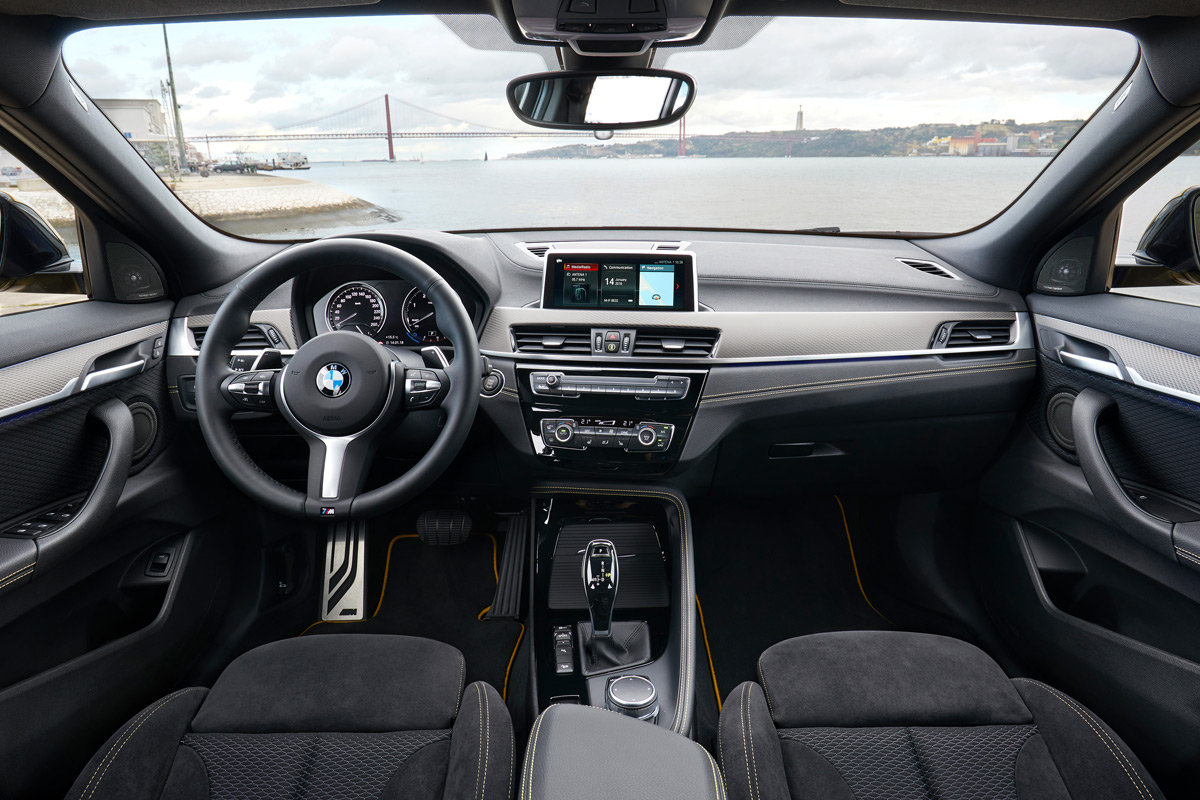 In our 2018 BMW X2 xDrive28i with the M SportX package, we achieved 0-60 mph sprints in under 7 seconds and loved the cornering and confident around-town handling. For a vehicle with a price tag under $51,000 (as driven, delivered), it was very well done. The starting price is under $40,000 for the X2, making it a good bargain comparatively.

Our greatest beef with the 2018 X2 is in its interior. It’s comfortable, but sparse on roominess, with just barely enough headroom for a six-footer and almost useless back seats. Cargo space is only comparable to a station wagon, rather than a crossover. All of this comes with a reason, though, as BMW’s SAV line is meant to dump the styling of the average crossover and aim towards something sportier and different. Buyers who look at the X2 seriously will be looking because of that, not because they want a compact crossover. 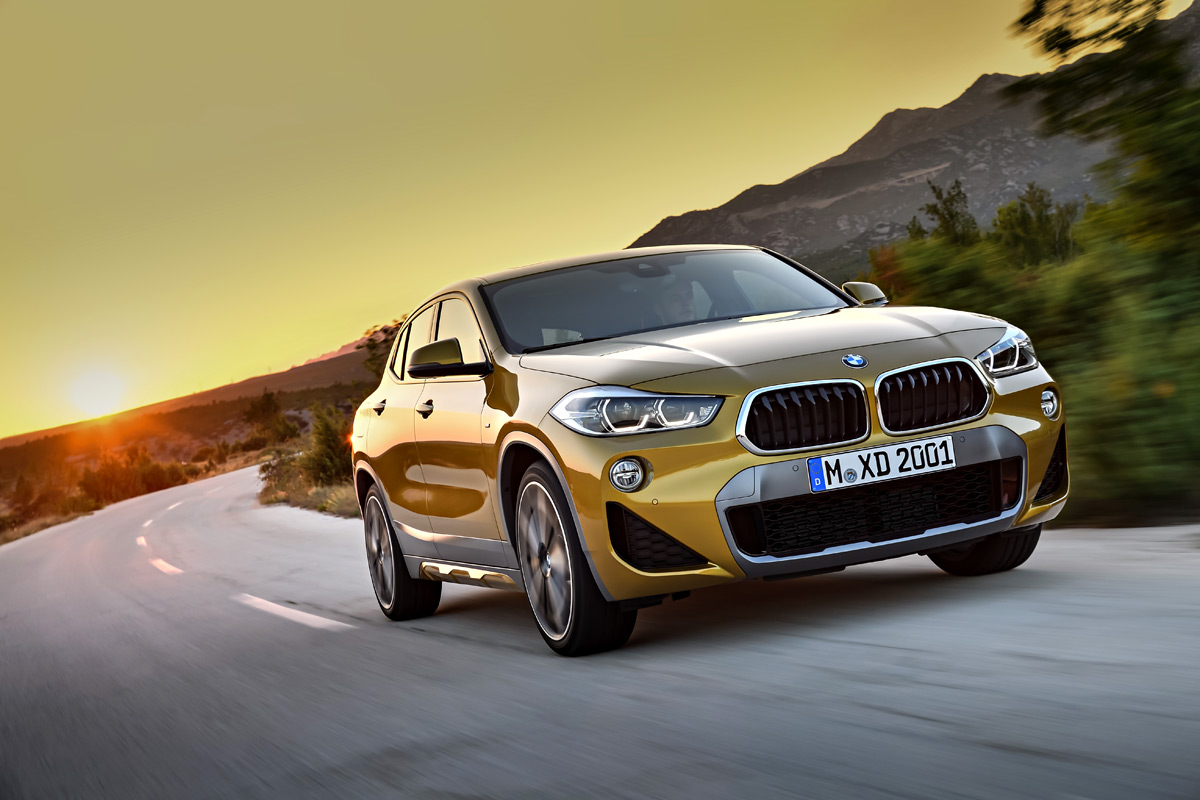 Along that vein, we would say that the 2018 BMW X2 is a great little vehicle. It’s stylish and unique, giving more flavor to the mix and adding great drivability as well.

Related Topics:2018 BMW X2BMW
Up Next

Exploring The Beauty Of Northern Michigan In The Buick LaCrosse Avenir