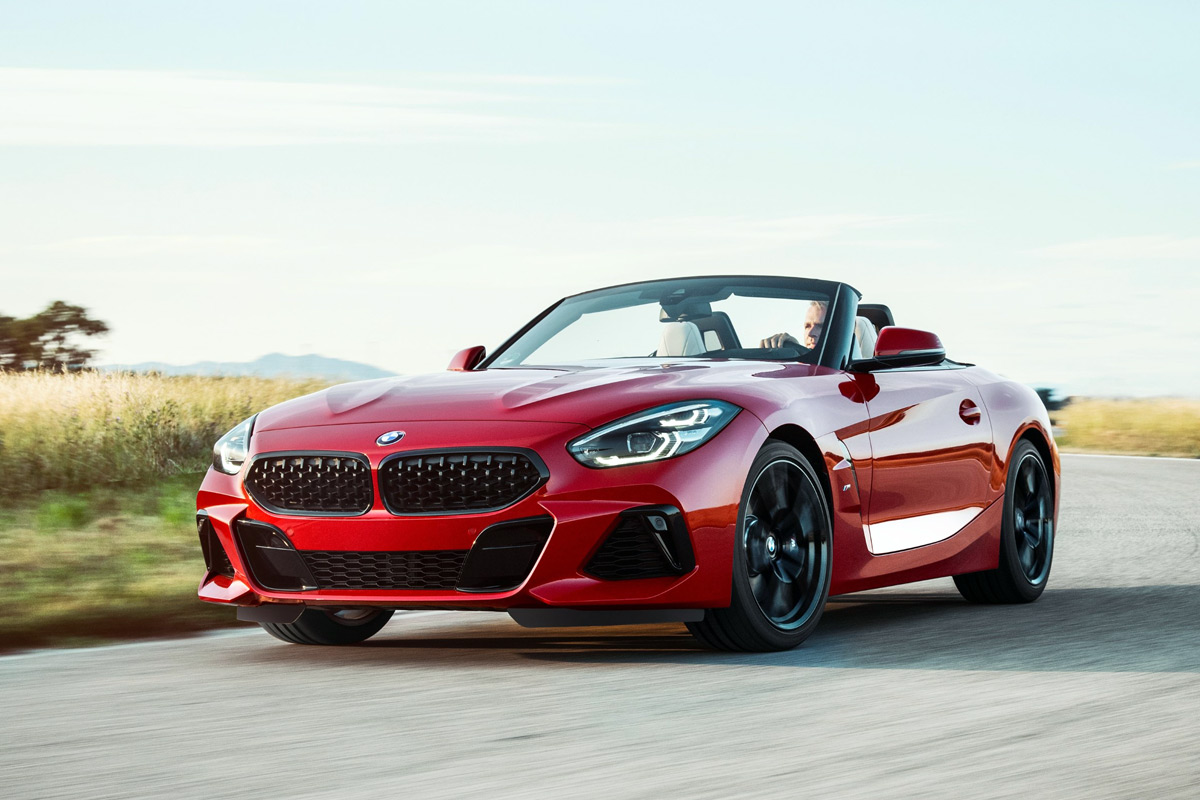 Now one year later, BMW returns to Pebble Beach to unveil the all-new 2019 BMW Z4 M40i First Edition, the latest chapter in the history of BMW Z Roadsters. And while it doesn’t look quite as dramatic as the concept, the production Z4 retains the athletic proportions and new emotional design language that takes the classic roadster concept into the world of tomorrow.

The open-top two-seater was designed with sporting intentions, with a central sitting position for the driver, a low center of gravity, and perfectly balanced 50:50 weight distribution. 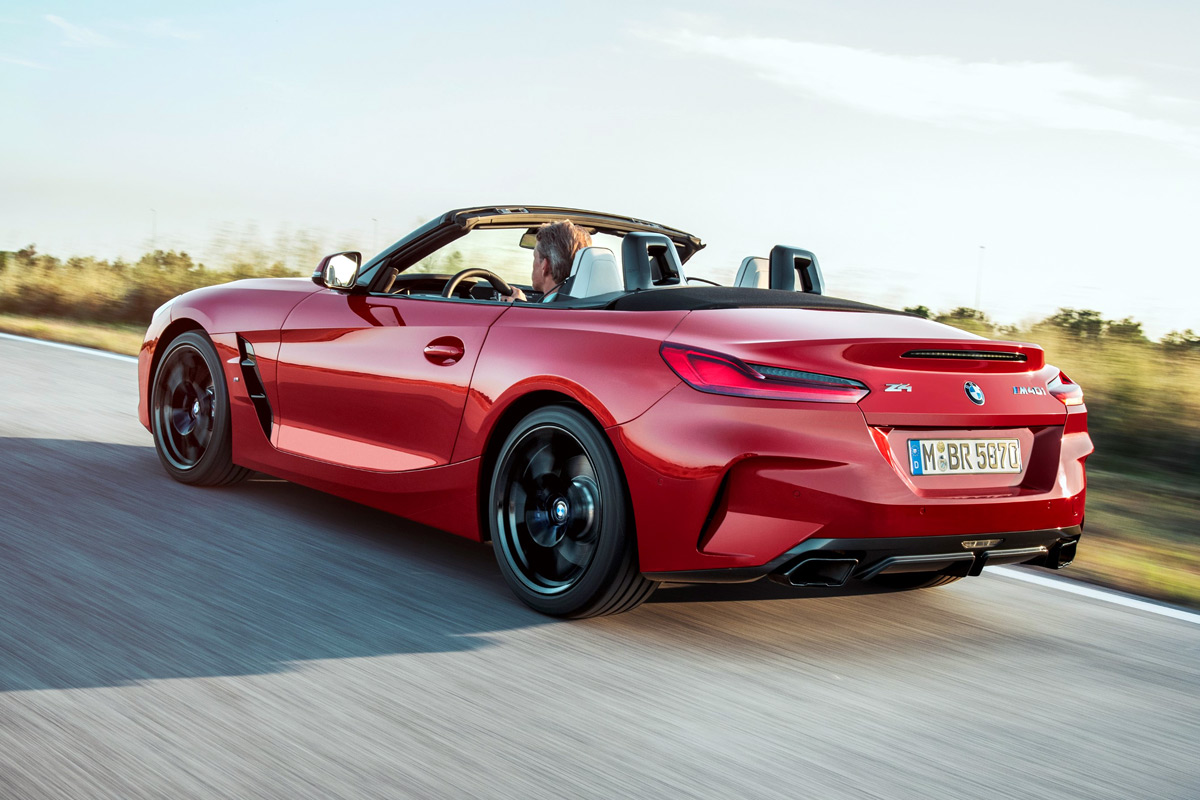 Vertically stacked headlights, the BMW kidney grille sporting a mesh design, a long clamshell hood stretching over the front wheels, large air breathes on the front wheel arches and the distinctive spoiler integrated into the rear lid all contribute towards the characteristic look of the new BMW Z4. 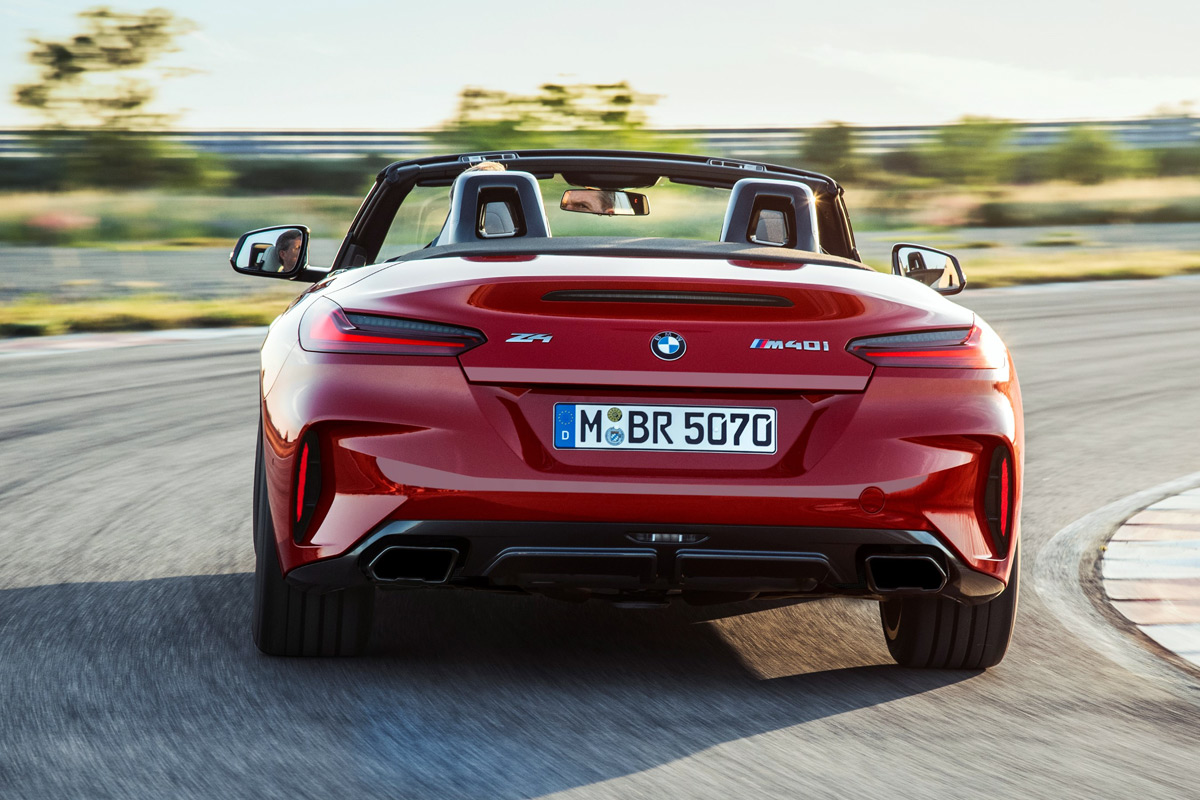 Powering the Z4 M40i First Edition Roadster is an updated version of BMW’s turbocharged 3.0 liter inline 6-cylinder engine. While BMW hasn’t finalized output numbers just yet, we expect something around 380HP and 370lb-ft of torque, good for an (estimated) 0-60 time of under 4.4 seconds. A BMW M tuned sports suspension with electronically controlled dampers, M Sport braking system and an electronically controlled M Sport rear differential should make for one fun and exciting ride in the twisties. 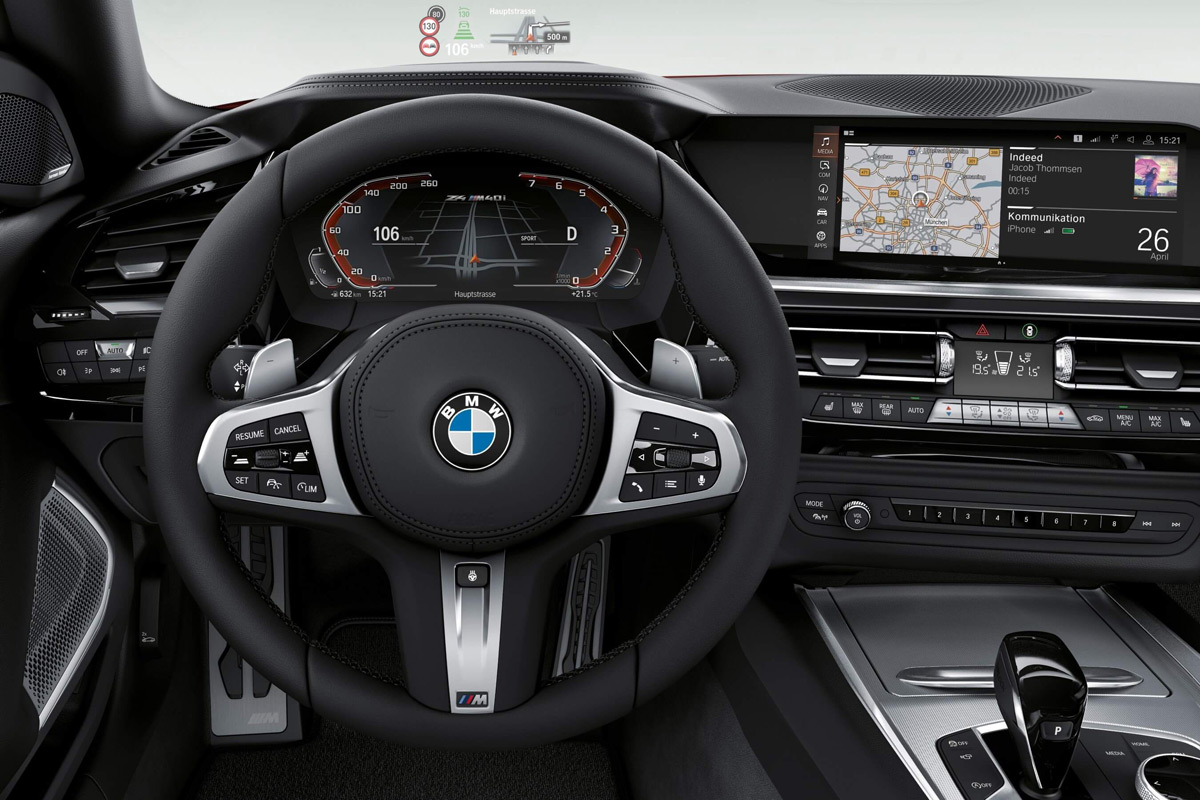