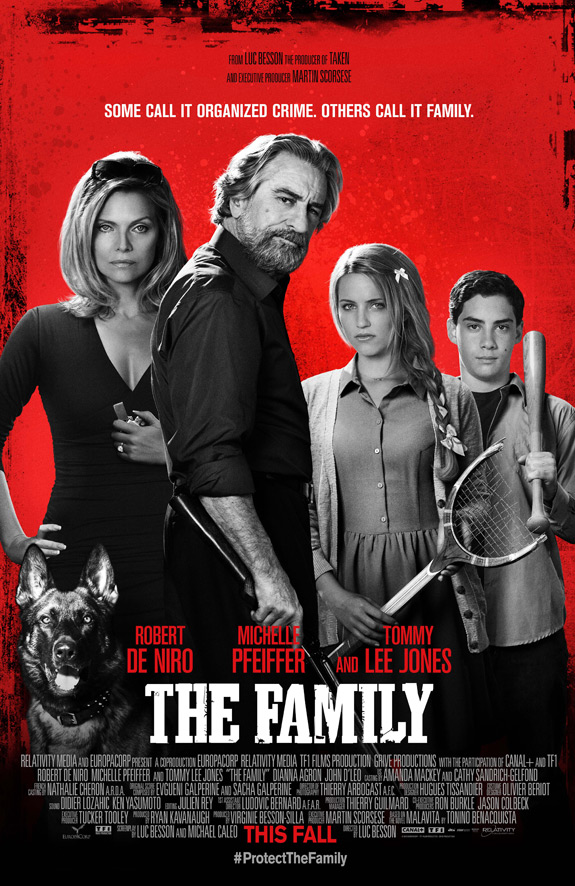 Robert De Niro and Michelle Pfeiffer return in the dark action comedy The Family, which opens in theaters on September 13th from Relativity Media.

In this comedy by Luc Besson, The Family follows a Mafia boss and his family who are relocated to a sleepy town in France under the Witness Protection Program after snitching on the mob.

Chaos ensues as their former Mafia cronies try to track them down and scores are settled in the unlikeliest of settings, in this subversively funny film.

Check out the trailer for The Family:

To enter, simply e-mail us and tell us what your favorite gangster movie is. We’ll pick a winner at random on Friday September 13th at 5pm EST. Upon notification of winning, contestants will have five days to reply with the name and address of where their prize should be sent. Contest open to US residents only.

Transformers 4 Gets A New Teaser Poster

Netflix Movie Of The Week #12