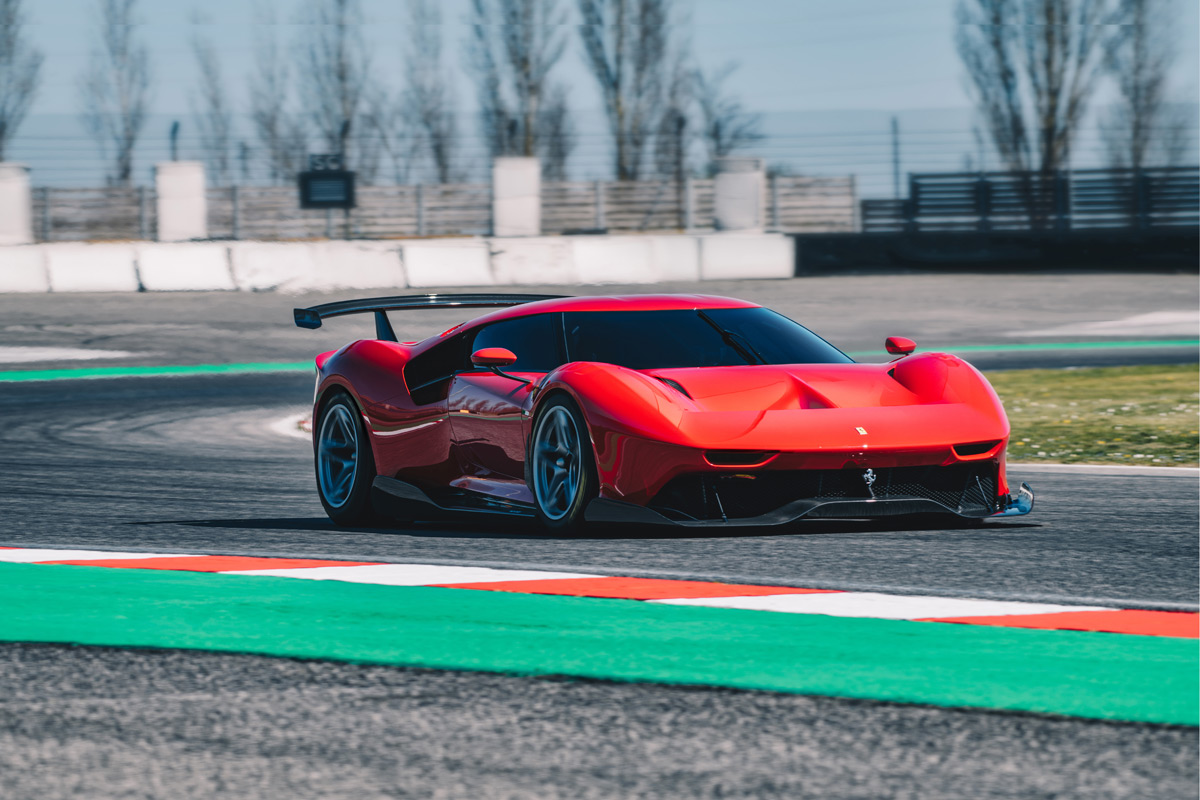 Feast your eyes on the Ferrari P80/C, a stunning one-off supercar that was commissioned by one of Maranello’s best customers and modeled after some of their favorite Ferraris.

The Ferrari P80/C was a project four years in the making, a completely original interpretation of the Sports Prototype concept, inspired by some of the most iconic models in the brand’s history, such as the 330 P3/P4 and Dino 206 S race cars from the 1960s.

Normally speaking, this kind of car tends to be a stylistic reinterpretation of current models in the range – a new concept or basic idea that marks a departure from the donor car is built on existing running gear. The glorious history of Italian coachbuilding is just that: a wealth of exceptional cars based on the same chassis, but bodied by different coachworks. 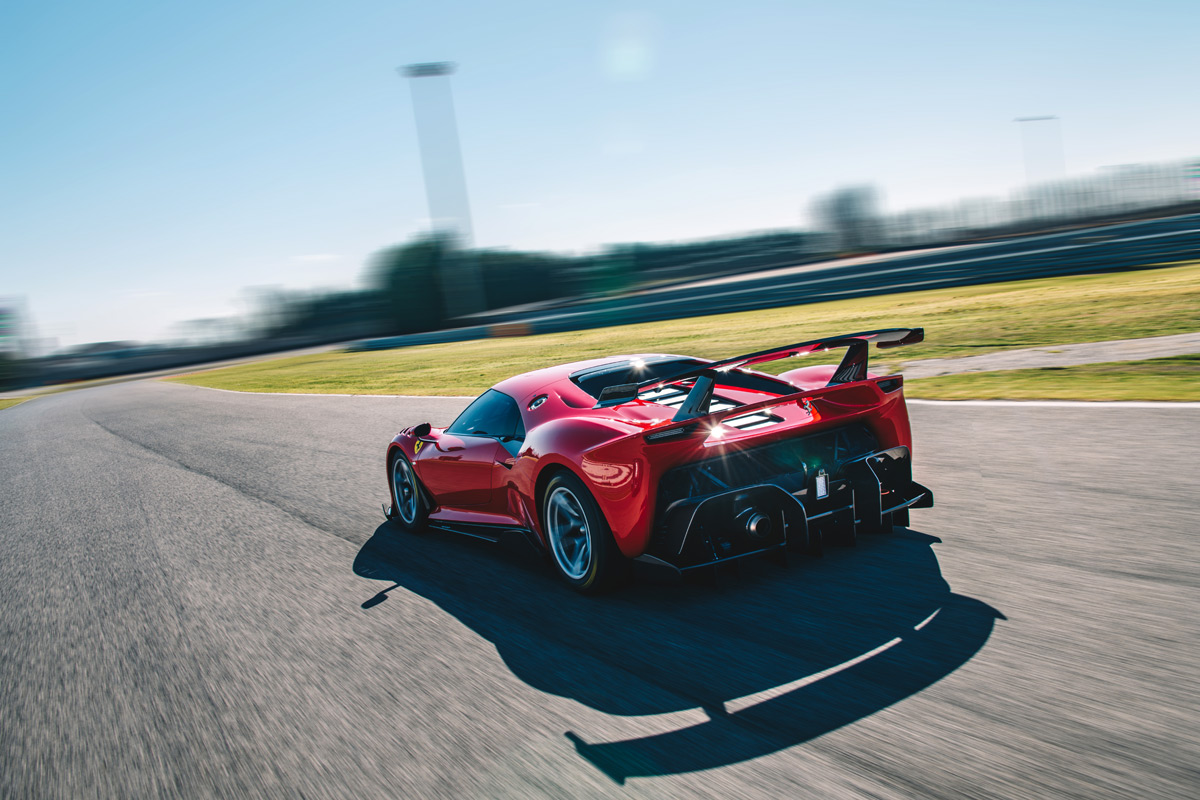 The P80/C, however, is radically different. It’s a track car, which means that performance is a major factor. This not only pointed the design team in the direction of a design that was absolutely unique, but also forced them to make radical changes to the running gear of the donor car. This involved introducing specific features required to guarantee a captivating marriage of style, technical prowess and aerodynamics.

The decision was made to use the 488 GT3 chassis as a basis, not only for its performance, but also for its longer wheelbase (+ 50 mm compared to the 488 GTB) which allowed more creative freedom. With respect to the Ferrari 488’s classic layout in which the cockpit tends to be placed centrally, the GT chassis allowed the designers to emphasis a cab forward-effect in which the rear is elongated, lending the car a more aggressive, compact character. This was one of the cornerstones of the P80/C’s styling from the early stages of the design process. 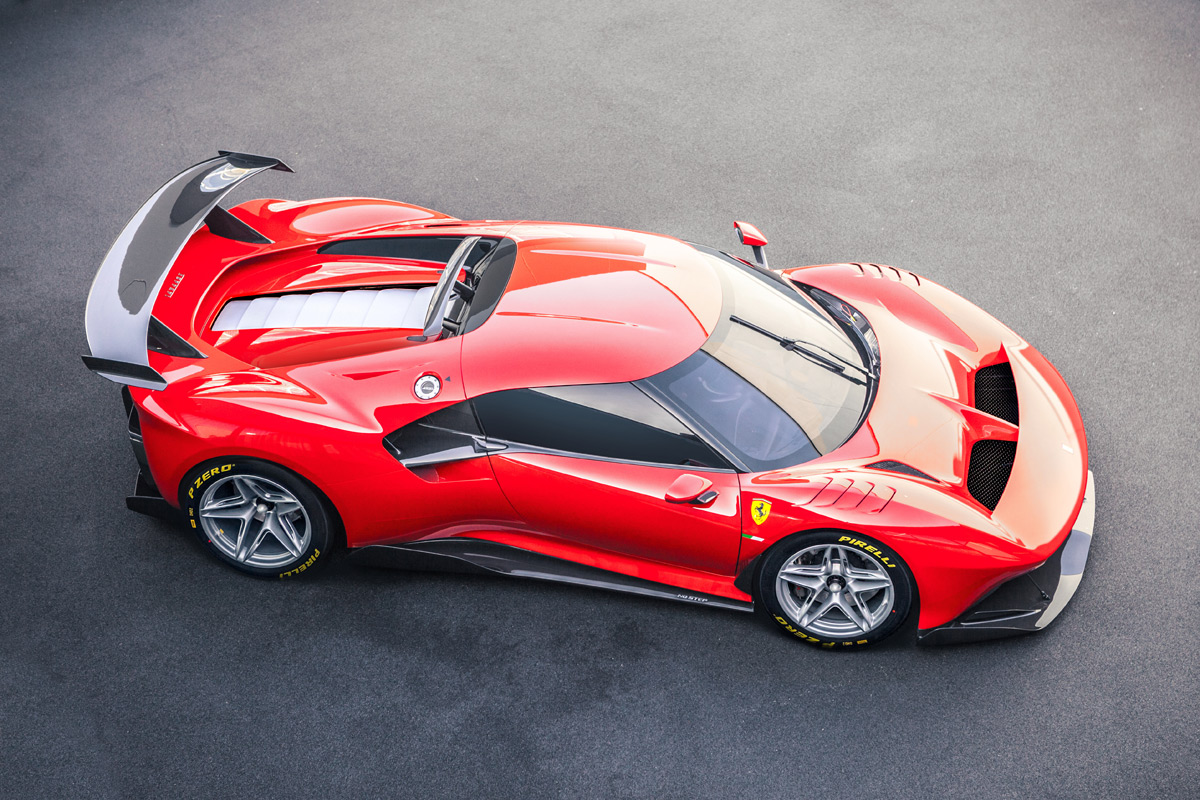 As the P80/C is homologated only for track use, it could do without components that would be deemed vital in a road car, and which would also heavily influence its styling. Classic head lights have essentially disappeared. Or rather they have been reduced to mere slits set into niches at the front of the car reminiscent of the air intake housings in the grille of the 330 P3/P4. Unlike the 330, however, in the P80/C, said housings are not set into an oval grille but look more like two pockets carved out of the front of the car.

The same styling element reappears at the rear of the car. The rear spoiler is very wide to meet aerodynamic requirements and incorporates the two signature tail lights in a way that makes them look like air vents, thus perfectly reflecting the design of the front. 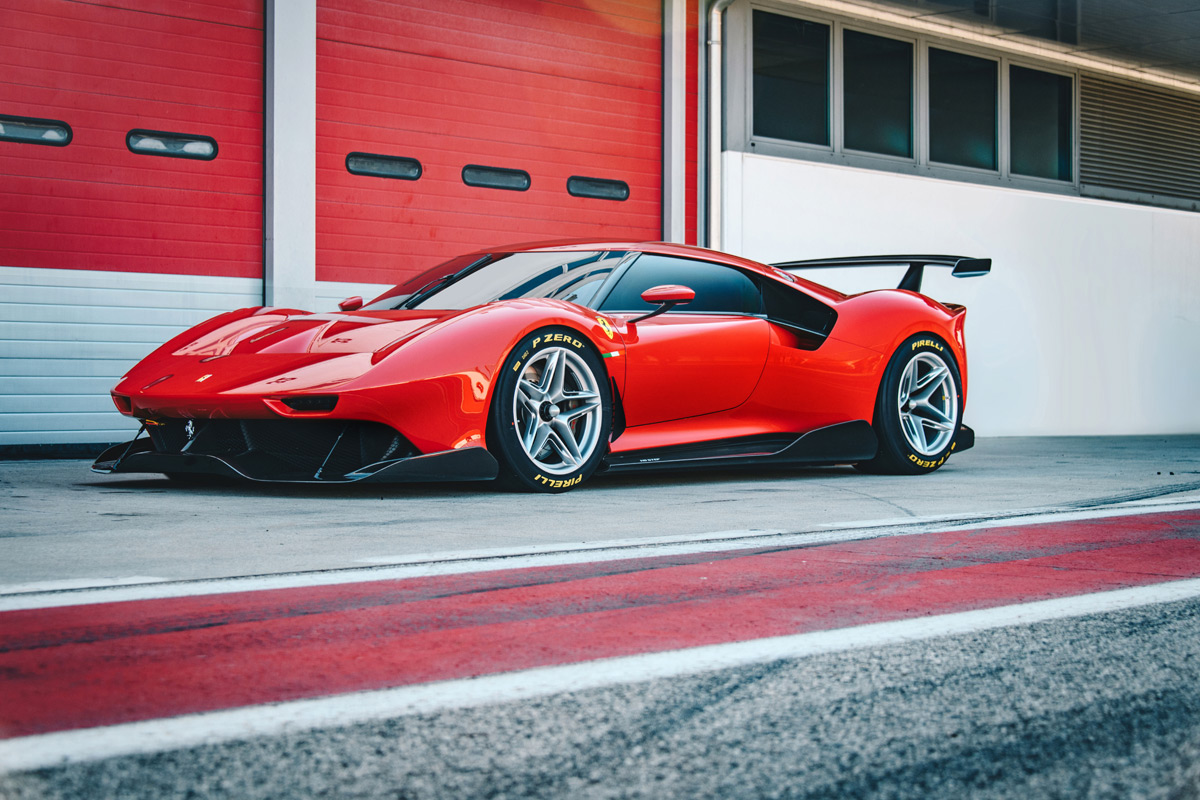 The interior of the Ferrari P80/C is very much the same as that of the donor car with a roll cage integrated into the bodywork. The side sections of the dashboard have been redesigned from the version seen on the 488 GT3, as have the seat upholstery and door panels – the latter are now carbon-fiber shells and no have no impact on the car’s weight.

Only time will tell if we’ll ever see this car rip around the track. But given the amount of time and money put in to build the ultimate “Hero Car”, we’re pretty sure that it will make at least one appearance at an upcoming Ferrari track event.. Unless the collector is so rich that he’s got his own private racetrack. I guess only time will tell. 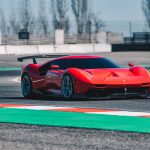 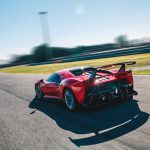 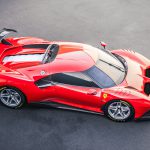 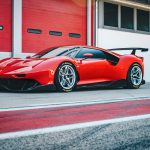 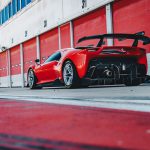 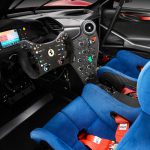 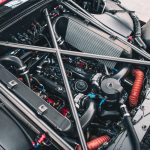 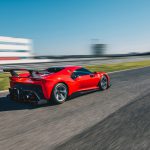