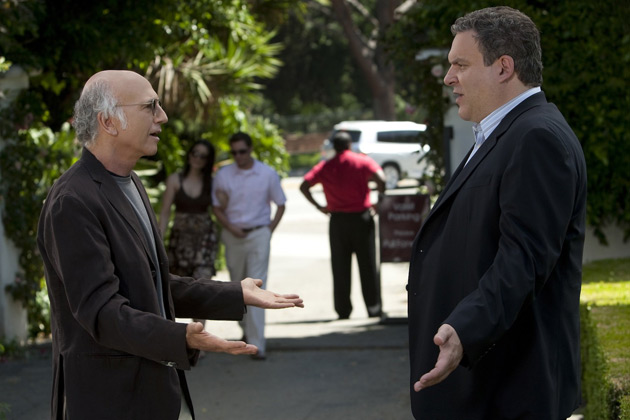 Larry David is easily one of the most successful comedians in the world. Over the years, he’s received twelve Emmy Award nominations, along with a Laurel Award for TV Writing Achievement from The Writer’s Guild of America. And according to Celebrity Networth, he’s ranked as the fourth richest living comedian.

As a standup comic in the 1980s, Larry was considered to be more of a comedian’s comedian than a popular performer. Even when he co-created Seinfeld in 1989, he managed to stay out of the spotlight – Even though the character George Costanza was based off of his personality and antics!

However, once Curb Your Enthusiasm hit HBO in 2000, Larry David took center stage with his idiosyncratic personality as a well-intentioned curmudgeon. The show teases out comedy from the mundane aspects of everyday life and the conventional propriety of social interactions.

Larry David is currently performing in a Broadway show that he wrote called Fish In The Dark. While this may bring some solace to fans during the hiatus and possibly end of the show Curb Your Enthusiasm, for all you super fans out there, let’s take a look at some of the most hilarious moments from the show: 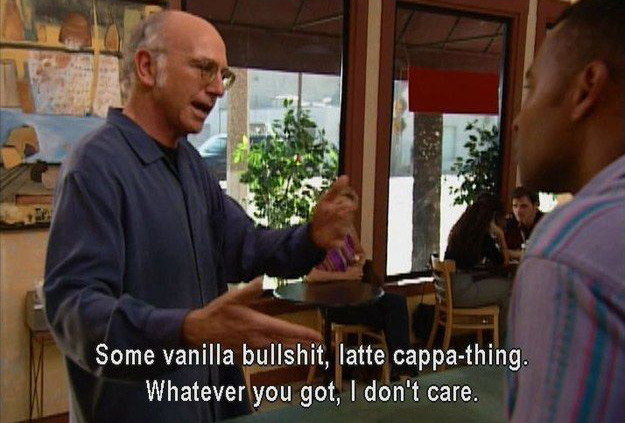 This scene in season two reveals how nonchalant Larry is when he orders his coffee. As he speaks with the barista, he says he’ll have one of the vanilla things, a latte or capa something, and that he really doesn’t care. This thought has crossed most men’s minds when ordering from a fancy coffee shop, which is why it’s so funny.

The sorry window scene from season eight showcases Larry David’s humor in a nutshell. When his girlfriend tells him that her father had passed away 2 years ago, Larry responds with a “huh” and a slight head nod. Offended, she asks Larry why he didn’t have more to say and why he didn’t offer his condolences. Larry calmly replies, “With all due respect, don’t you think the ‘sorry window’ is closed on that one? Two years and you’re still getting sorries? I don’t think so. That’s a long time for sorries.” She tells him she wasn’t aware of a “sorry window” and David finishes by saying, “That’s like saying Happy New Year in October.”

In the Palestinian chicken episode, Larry finds himself in a burgeoning relationship with a Palestinian woman who works at a Palestinian restaurant that’s opening across the street from the Jewish Goldblatt’s deli. He begins to struggle with his divided loyalties between his libido and his Jewish identity. The episode comes to a head when Larry arrives at a protest in front of Goldblatt’s Deli where Larry is left in the middle of the road weighing his decision as the theme music kicks in.

The Chef With Tourette’s

In the TV Documentary Ricky Gervais Meets Larry David, Ricky says that this moment in “Opening Night” is one of his favorites — and for good reason. It’s revealed halfway through the episode that the world-class French chef Larry has hired to run the restaurant has Tourette’s Syndrome. Then, with a full house during the restaurant’s opening night, the chef blurts out a few profanities, which causes the entire restaurant to fall into an awkward silence. Larry reflects back to a moment when he felt he wanted to help someone in need and decides to yell out even more egregious language. This starts a domino effect of different patrons yelling out expletives, causing the whole room to fill with laughter as the potentially disastrous situation is diffused.

If you haven’t seen an episode of Curb Your Enthusiasm before, you don’t know what you’re missing. Cancel your plans for tonight, fire up HBO On Demand, and prepare to laugh your ass off!