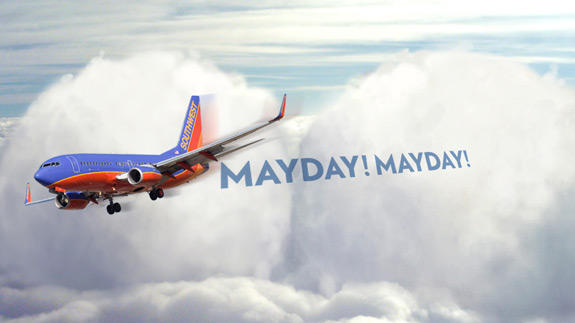 “And everybody knows it’s wrong. But we can tell ’em no or we could let it go. But I would rather be a hanging on. Livin’ On The Edge!” – Aerosmith

Every day, a new story comes out that makes me shake my head and wonder what’s wrong with the world we live in today. Political correctness has replaced common sense, and there seems to be no end in sight.

Just last week, a Southwest employee told a customer that she was showing too much cleavage, and that she needed to cover up the girls. The customer ignored this idiot, boarded the plane, and “lo and behold, the plane didn’t fall out of the sky.” They need to focus their attention on people like Cleatus in 16B, who smells like he hasn’t taken a shower in a month!

Schools are no better. To encourage healthful eating, a Chicago school doesn’t allow kids to bring lunches or snacks from home, believing that they need to enforce what students eat. Unfortunately, this isn’t an isolated incident. Recently, a four year old child was forced to eat the cafeteria’s chicken nuggets instead of her Mom’s turkey sandwich because someone at the school determined the lunch wasn’t healthy enough. WTF?!

Then there’s a case where public school parents in Edgewater FL want a first-grade girl with life-threatening peanut allergies removed from the classroom and home-schooled, rather than deal with special rules to protect her health. What is wrong with people?

But it gets better! A school sunscreen ban left a student severely sunburned. Because some people might be allergic to sunscreen (i’ve never heard of such a thing), they banned it entirely from the school? Where’s the logic in that? I’m sorry, but that’s just retarded!

I’m sick of this PC bullsh*t.. Why did airlines suddenly stop serving peanuts on flights? Peanut allergies have been around forever, what motivated the sudden change?? And what’s up with older kids still sitting in car seats? I remember sitting in the passenger seat of my Mom’s car at age 5, just wearing a lap belt or something. Today’s cars are safer than ever, yet we’ve got these insane rules in place for no reason. The list goes on and on..

How To Win A Bar Fight In Five Easy Steps