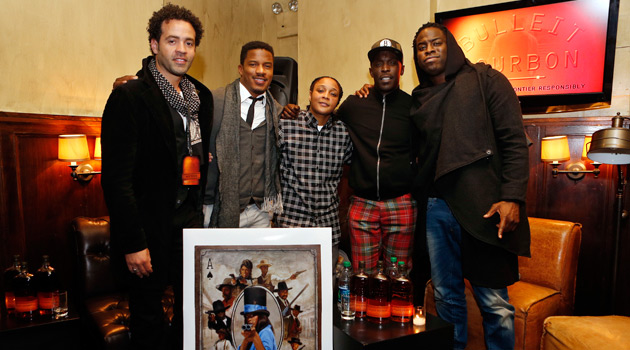 Held at Tribeca Cinemas, over 200 guests had the opportunity to screen the film. At the core of this project was Samuel’s desire to bring an untold story to life with an all-star cast, including Giancarlo Esposito, Isaiah Washington, Michael K. Williams, Rosario Dawson and Jessie Williams. Set in Langston OK, They Die by Dawn follows four African American outlaws blazing the western frontier to capture the group’s collective bounty.

Bulleit Bourbon’s partnership with Samuel in They Die by Dawn launches an on-going commitment by the brand to collaborate with emerging artists in film, art and music, who similar to its Founder Tom Bulleit, are passionate about making their visions a reality.

Check out the official trailer here:

George Dickel Wants Our Readers Help In ‘Raising The Bar’