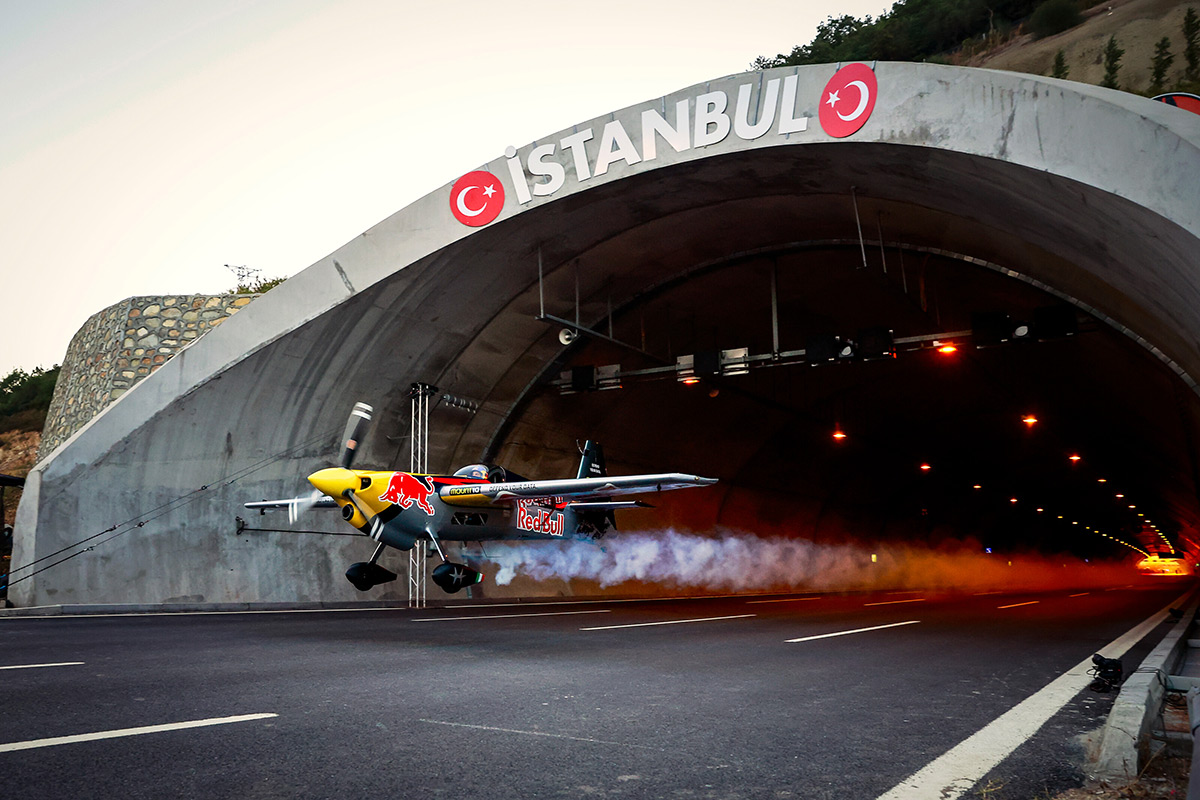 Just after dawn on Saturday, September 4, 2021, Italian professional race and stunt pilot Dario Costa set numerous world records as he flew a raceplane through the narrow confines of two enclosed auto tunnels just outside Istanbul. In near-darkness and closely surrounded by the concrete arc of the walls, Dario Costa executed a tricky takeoff inside the first tunnel, flashed through an open-air gap and then continued his 245kph flight through the second tunnel, flying less than 1m from the asphalt.

Here’s everything you need to know about Tunnel Pass:

Dario Costa, 41, won the top category of the Italian Aerobatic Championship and became the first Italian pilot to join, and earn a race win in, the Red Bull Air Race Challenger Class. With over two decades of flying experience, and numerous aviation feats to his credit, he has flown more than 60 airplane models and logged over 5,000 hours in the air – more than half in high-performance aerobatics.

Tunnel Pass was by far Dario Costa’s most demanding and complex undertaking yet, requiring a team of 40 people, specially developed training technology and more than a year of prep work. Throughout, the project was shrouded in secrecy to limit variables and distractions, allowing complete focus for a successful flight that was no more than a simple idea on paper 12 months ago.

Located outside Istanbul on Northern Marmara Highway and initially put into service in March 2020, the dual Çatalca tunnels are state-of-the-art. But they were obviously designed for automobile traffic, not the flight of an aircraft. 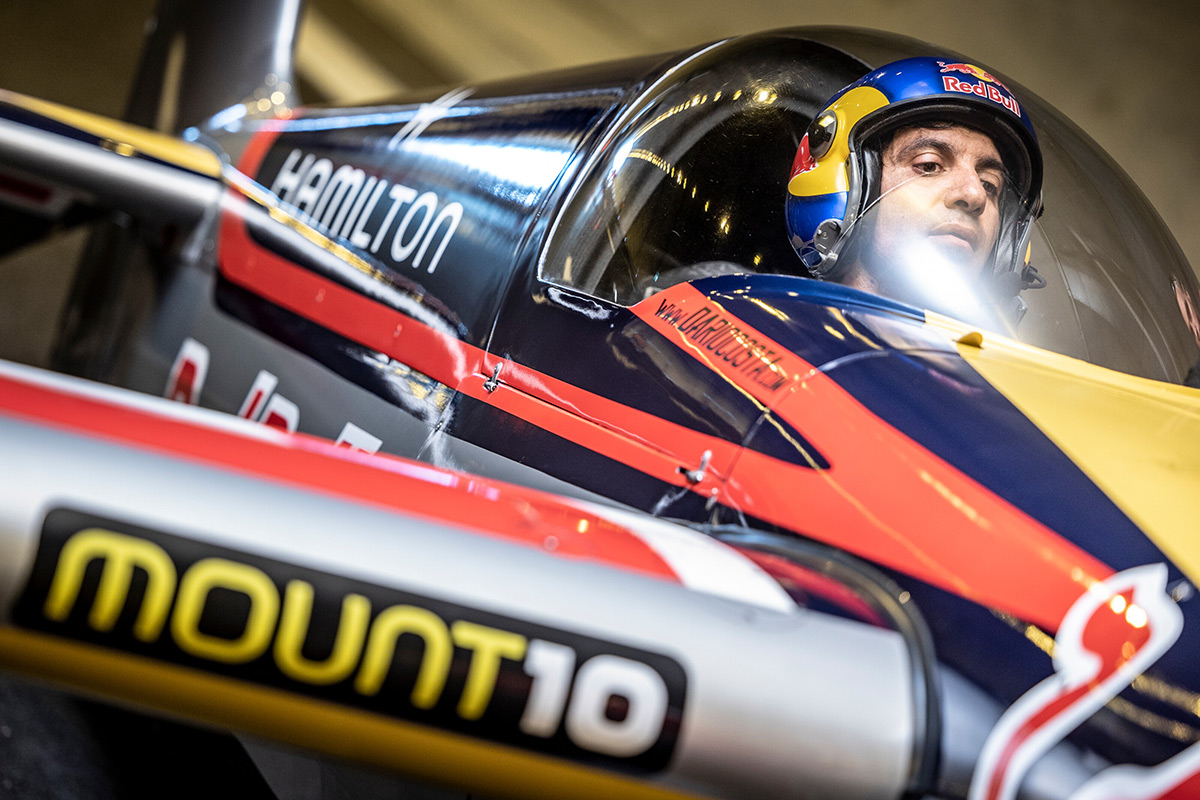 At the controls of his specially modified Zivko Edge 540 raceplane, Costa took off inside the first tunnel at 06:43am local time, with the early hour putting the sun at the pilot’s back and offering optimal ambient conditions. Limited overhead clearance meant that he had to keep the aircraft on an average flight path between 70cm and 1m above the asphalt, while also managing a tight distance of about 3.5m between each wingtip and the unforgiving tunnel walls. Complicating the trajectory were changes in tunnel incline and shape.

Changes to airflow, combined with the highly sensitive steering of the aircraft, required pilot reaction times of less than 250 milliseconds and fine hand movements of mere millimeters throughout the flight. One of the most critical moments came at the 360m gap between tunnels, which exposed the raceplane to cross winds as Costa prepared to thread it into the low, narrow opening of the second tunnel.

“Everything seemed to be happening so fast, but when I got out of the first tunnel, the plane started to move to the right because of the cross winds, and in my head, everything slowed down in that moment. I reacted and just focused on getting the plane back on the right path to enter the other tunnel. Then in my mind everything sped up all over again,” said Costa.

When the raceplane shot out of the other side, Costa pulled it into a celebratory loop before landing. The ecstatic pilot added: “I’d never flown in a tunnel in my life – nobody had ever done it – so there was a big question mark in my head whether everything would go as we expected or if there would be something to improvise. It was a big relief, of course, but big, big happiness was the main emotion. For me, it’s another dream come true.” 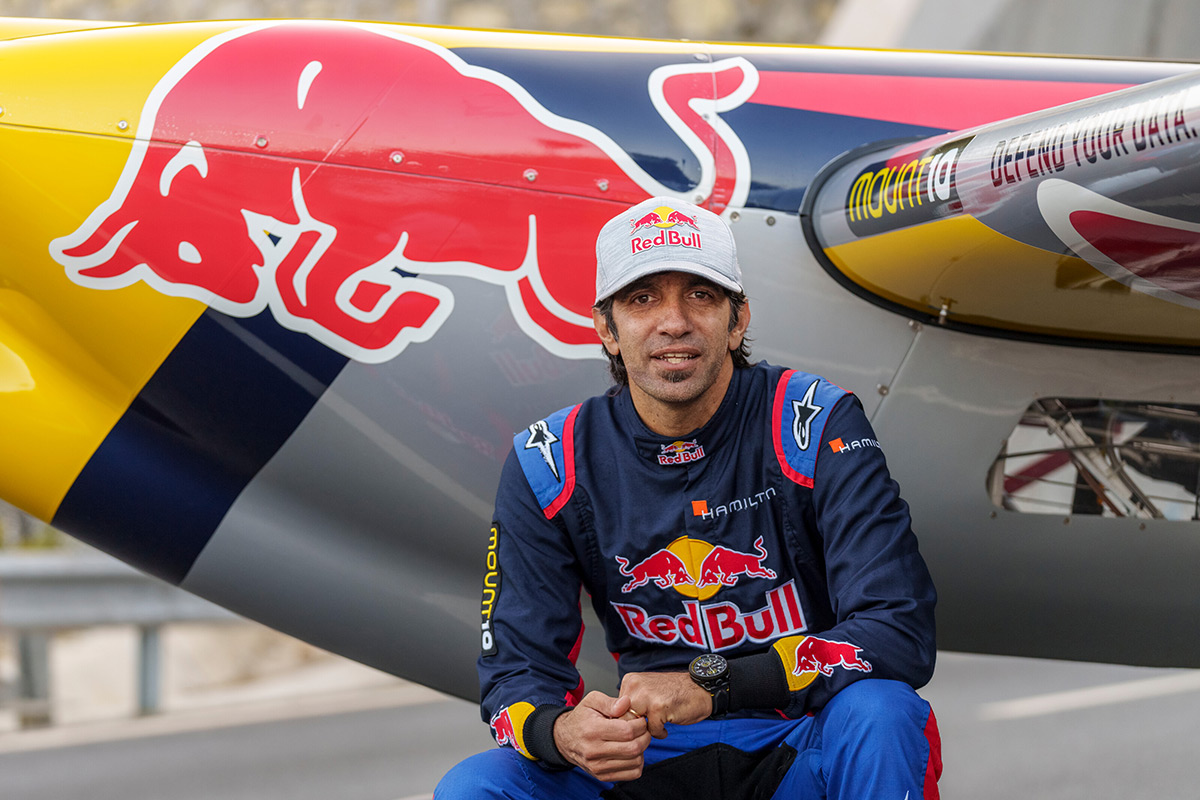 Costa was mentored by Hungarian aerobatic and racing pilot Péter Besenyei, 65, an aviation legend renowned for his role in developing and competing in the Red Bull Air Race. Besenyei is also well known for feats such as flying upside down under the Chain Bridge in Budapest.

Péter Besenyei said, “To fly in a tunnel isn’t a normal situation. The main point is the mindset. Because to fly straight at one meter off the ground and follow a center line is not really so difficult technically if you are over a runway. But in the tunnel, especially a dark tunnel, and to come out of the tunnel into the light and then back into another dark tunnel, it’s different. And also there are air waves that can affect the flight, and you should expect some bumps. It’s difficult in your mind because you know that if you make a mistake, the wall is hard.”

You can watch this incredible feat here:

Red Bull will be releasing more footage from this event in the coming weeks, so stay tuned!