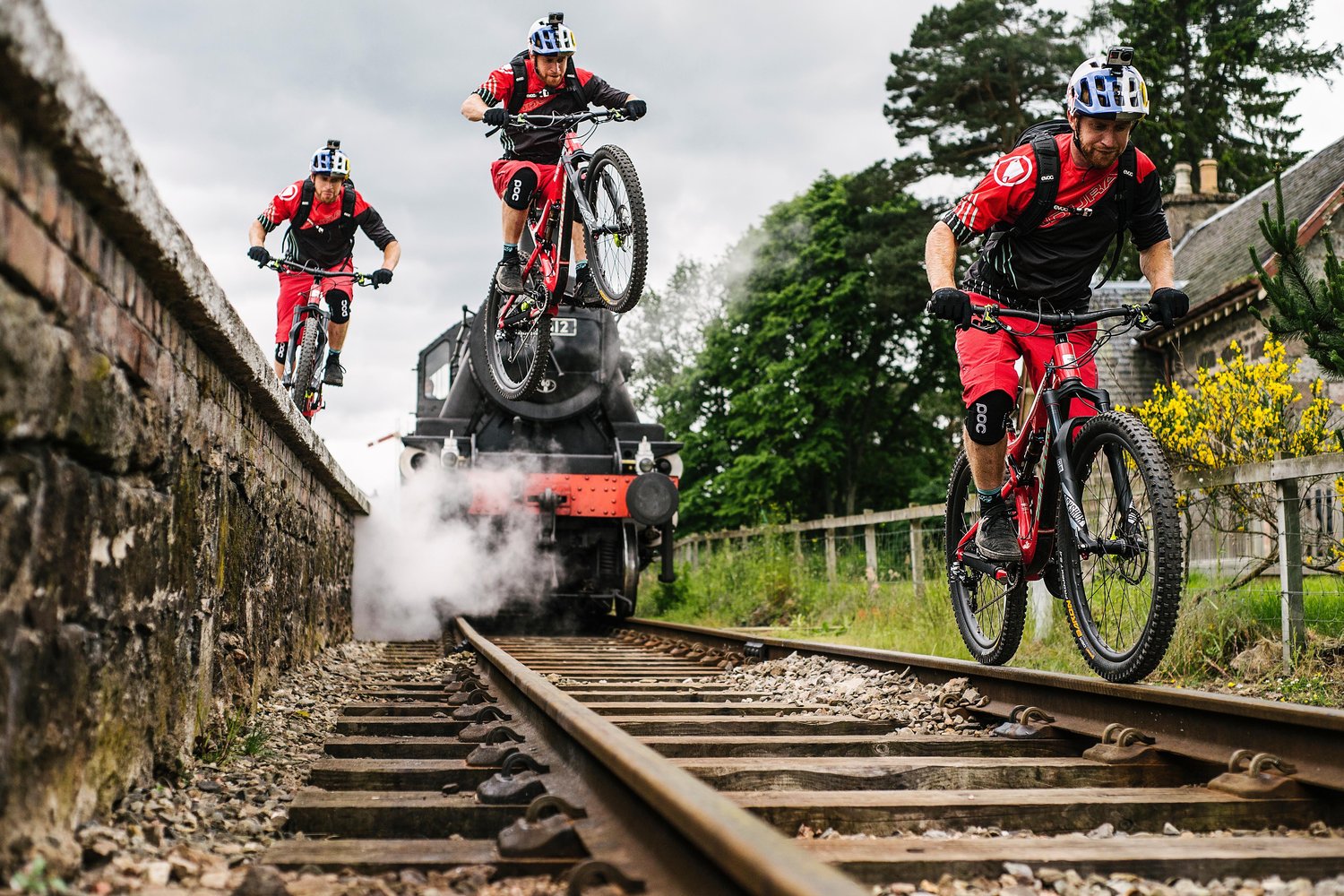 Danny MacAskill became one of the biggest YouTube stars in the world after his incredible bike skills were showcased in a number of jaw-dropping videos, including Imaginate, Epecuén and Way Back Home.

Now the Scottish trials rider is raising the bar yet again in latest video Wee Day Out, where he takes a BMX-style tour around the Edinburgh countryside, pulling off a staggering array of never-seen-before bike tricks, most of which would normally be assumed impossible on a mountain bike – like leaping onto a single train track, turning a hay bale into a giant unicycle, riding over a cottage, and disappearing into a 6ft puddle.

Oh, and keep an eye out for a cameo from Danny’s dad, Peter!

“Pretty much every trick that I’ve done in the film has been a massive challenge and a little bit out of my comfort zone,” said Danny MacAskill.

Watch This Couple Drift Their Huracán Around Lamborghini Newport Beach