This is a sponsored post written by me on behalf of Yahoo Fantasy Sports. All opinions are 100% mine. 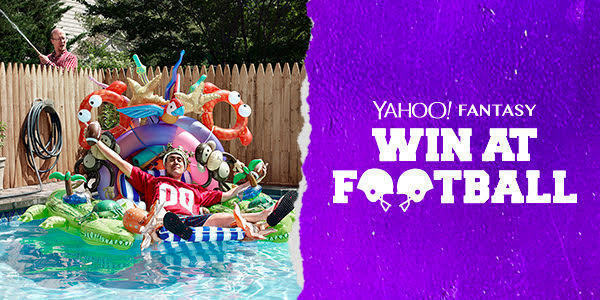 Fantasy football. It’s truly the only reason why I may care about a game in December between the three-win Cleveland Browns and the four-win San Francisco 49ers. It’s the reason why I know where players not only grew up, but about what teams they spoke to before they were drafted, and the ones they rooted for as a kid.

It’s the reason I get up by 6am on Sundays to start looking at the latest injury and weather reports, and the same reason I look at my lineup up to 15 times before hitting ‘save’ one last time before play starts at exactly 1:03pm Eastern time on Sunday afternoons.

There’s many great things in life, but maybe no better than when you are able to pick the right lineup, play the right guys that you maybe previously had on your bench, and best yet, outsmart the guy who all week long on the boards has been saying that the Sunday he’s going to “beat you into submission.”

And so it begins anew – the 2016 Fantasy Football Season. From preseason draft rankings, to the fateful day when you have all your papers, rankings, markers, stickers and everything in place, there’s nothing quite like that fateful day of the fantasy draft.

Yahoo Fantasy Football gives players the added insight, data, and expert advice to overcome the competition and #WinAtFootball. The newly redesigned Yahoo Fantasy App is easy to use and you can do everything on the app: draft, make trades, waiver wire, use gifs to smack talk your leaguemates; get alerts when a player is injured or scores big for your fantasy team, and access in-depth research and stats from Fantasy experts.

We have a great Fantasy league. We’ve been doing this for the past five seasons, and last season was one of the best, with the Championship game coming down to three points, with David Johnson of the Cardinals GOING OFF for 187 yards and three TDs to help “Kings Men” beat “Tee Time 4 Me” by a final of 96-93.

Nothing is better than a fun title game, and last year was pretty epic. We usually have a big party on the final Sunday of the Championship game, kind of a culmination celebrating the end of the season.

But our draft party is even more fun, as everyone thinks they have a shot at the title. From great food catered in (always always pizza and wings) to everyone bringing in a side dish to make it almost like an all-day party while the chatter is always tough about who is going to dominate the league.

There’s always some interesting strategies in play on draft day. From owners trying to say certain players are injured or suspended, to one of our grizzled vets who ALWAYS drafts at least two to three running backs in the first three rounds. Not a bad strategy, as usually by the middle of the season he’s able to make some trades that helps his team down the road.

Last year, that RB strategy helped “Kings Men” pull out the last-minute win and take home our annual cash prize, along with a trophy that’s been passed around to a different owner every year since we started.

National Draft Day is Sunday, August 28th, and it’s the perfect time to sign up with Yahoo Fantasy Football and get ready for your season. We have been using Yahoo for the past five seasons, and it’s by far the best Fantasy platform out there! Yahoo Sports also hopes to make NDD an officially recognized National Holiday. If you’re down for that, then sign the petition at Change.org for National Draft Day: Make Fantasy Football Draft Day a National Holiday.

We hosted our Fantasy Football draft party over the weekend, and a good time was had by all! 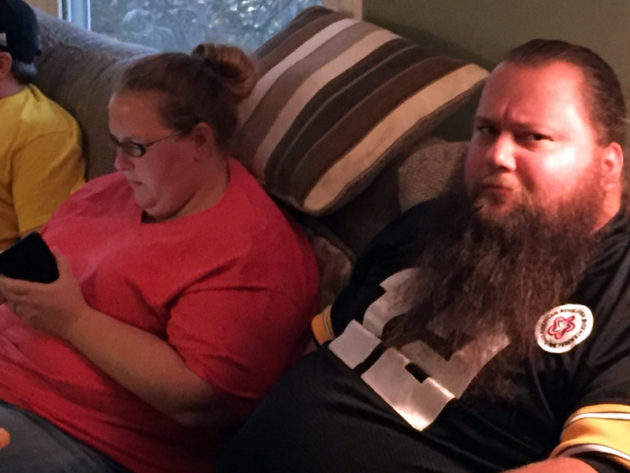 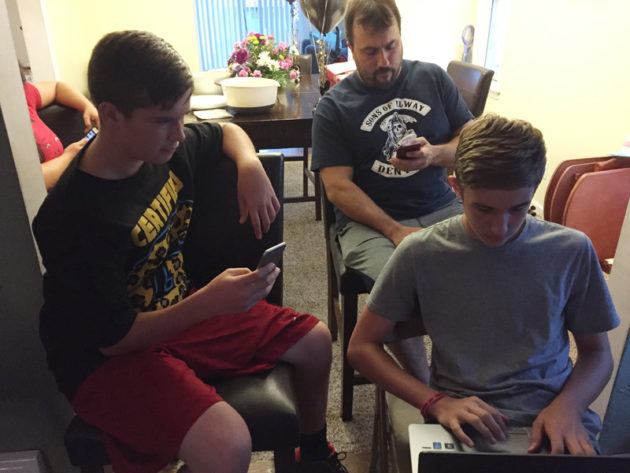 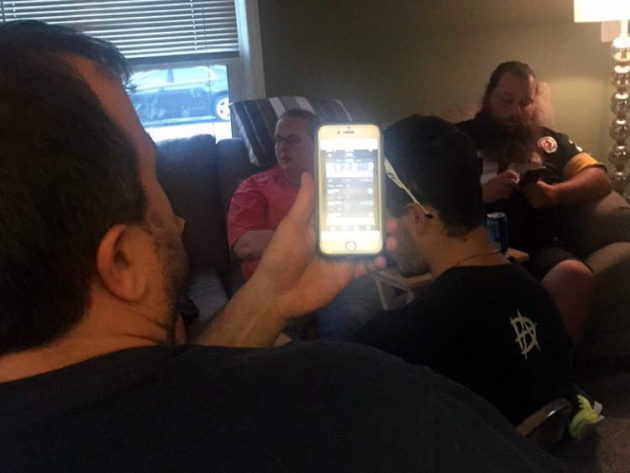 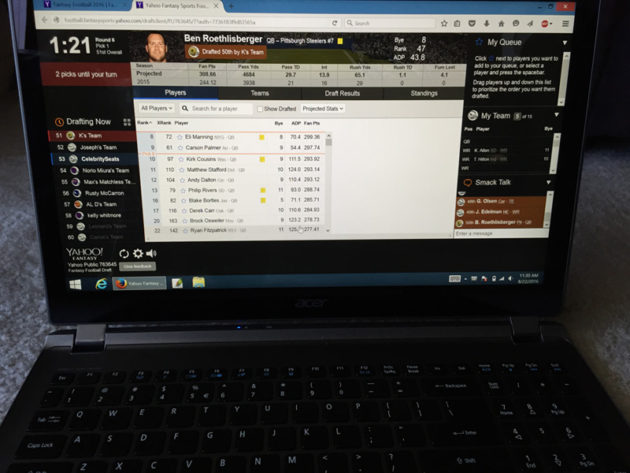 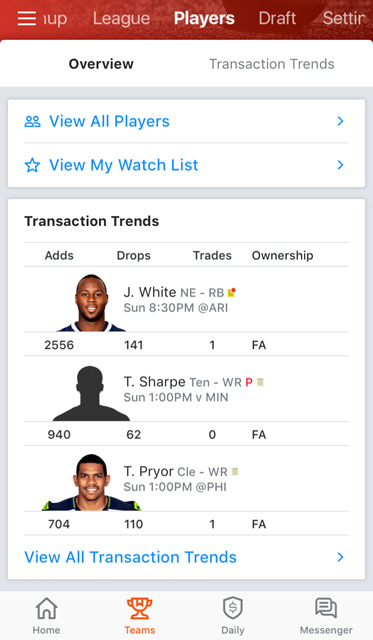 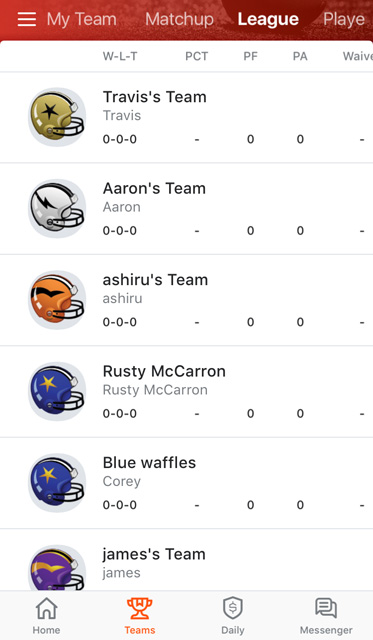 Make sure to get your Fantasy Football team drafted before the season opener on September 8th, when the champion Denver Broncos take on the Carolina Panthers in Denver!