This is a Sponsored post written by me on behalf of CBS Sports. All opinions are 100% mine.

Folks, the time has arrived. You and your buddies are getting together to put together the Ultimate Fantasy Football Game, where you can receive reliable information that is current and can help your squad go from nobodies to hoisting the trophy around your house. When you're deciding on what site to create your league, why not go with the best? CBS Sports Fantasy Football, the #1 Most Awarded Fantasy Football game, is the only way to go when choosing your league. Now let me tell you why!

I’ve had a consistent fantasy league for almost five years now and we just recently made the jump to CBS Sports because it was easy to operate, many of us had accounts anyways (mainly because we are March Madness junkies!) and we needed a breathe of fresh air.

When I was creating my league, there were over 1000 different types of customization that could separate my league from any others that I have played before! When you are the commissioner of a CBS Sports Fantasy Football League, you also get some serious perks, such as a free Fantasy Football draft kit and advice app, a $100 value!

Whether you're deciding on drafting a Second Tier Running Back or a First Tier Quarterback at the start of the 2nd round, why not use CBS Sports because it’s the experts most trusted fantasy game. You can see what Fantasy Guru’s are doing with their mock drafts so yours is ready for game day.

One thing that I would also recommend is to have a live draft, have all of your buddies grab their computers and see just what everyone is thinking. CBS Sports Fantasy Football is the best way to have a live draft. You can check out these pics from our live draft below, it was an awesome time for sure! And that trophy in the last picture? That will be mine this year, rest assure of that! 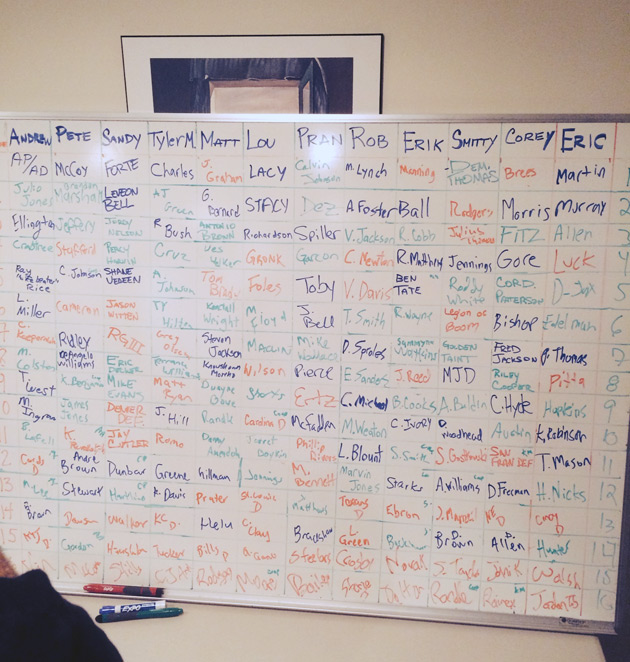 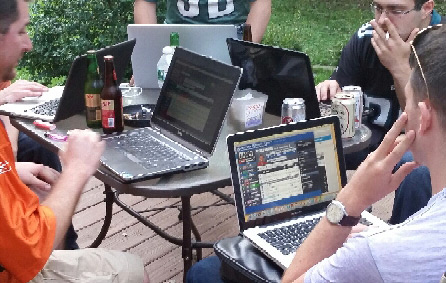 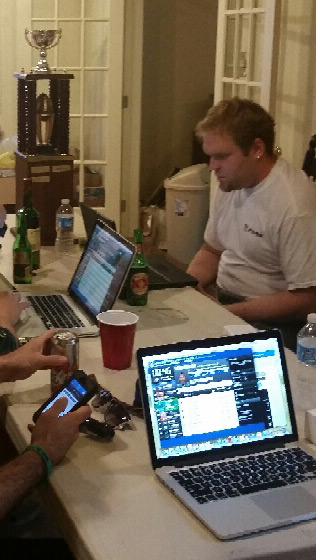 So what are you waiting for? Head to CBS Sports to start drafting your team now, and take advantage of their special 2014 Fantasy Football Special Offer.