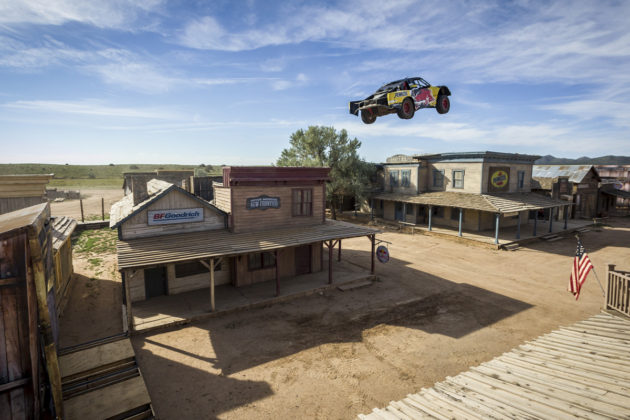 While it may not have unfolded in a perfect manner, after six months of preparation, Bryce Menzies made history by jumping his off-road truck 379.4 feet over a frontier ghost town located in New Mexico to set a new truck distance record.

The project, entitled Bryce Menzies New Frontier powered by Pennzoil® Synthetics, saw Menzies launch ramp-to-ramp in his Pro 2 (two-wheel drive) race truck, soaring past the official Guinness World Records distance record of 301 feet, as well as the unofficial record of 332 feet. An adjudicator for Guinness World Records was on-site to verify the distance and authenticate the new record. 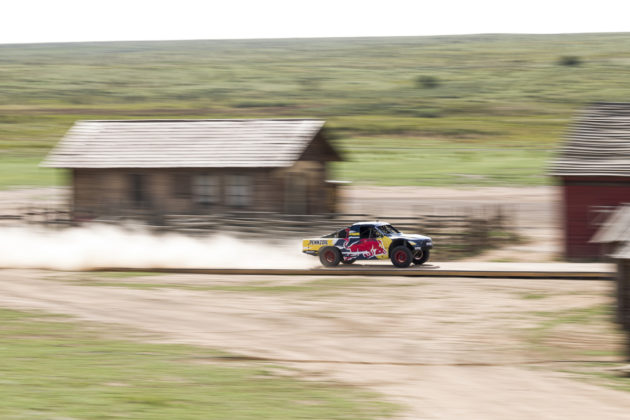 Upon completing the record jump, Menzies and his crew continued to train as they decided to try and beat their own record live on Red Bull TV on August 27th. Unfortunately, Menzies experienced a crash during one of the final training jumps, preventing him from moving forward with Saturday’s live event. While the truck sustained severe damage, the extensive safety precautions employed in the landing ramp, Menzies’ gear and the truck itself allowed him to walk away with only a broken shoulder. He was taken to a local hospital, assessed, and released the same day.

“I’m extremely happy with the outcome,” he said. “We broke a world record, which is incredible, we went 379 feet flying a truck. This has been my dream and to see it come to life was surreal – it was one of the greatest moments of my life. I’m so glad I did it. I came away with a broken shoulder, that’s not bad at all, and I’m just glad I’m in the record books.” 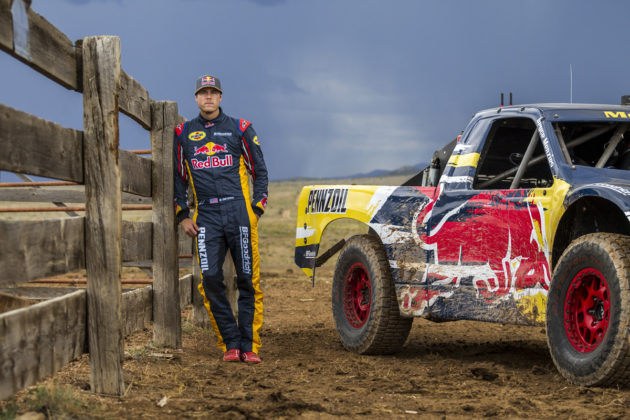 The jump symbolized both the progression of Menzies’ career and his leap into international racing. While continuing to participate in short course and desert racing in the United States and Mexico, Menzies will extend his racing career into the international sphere. In 2016 he’s already participated in the Abu Dhabi Desert Challenge (4th place), Italian Baja (5th place) and Hungarian Baja (2nd place) and has plans to expand his global participation in the future.

Menzies, a 29 year-old native of Las Vegas, has been a dominant force in off-road since breaking into the sport in 2007. In his relatively short career, he has won the legendary Baja 500 three times, taken first in the Mint 400, won the TORC Pro 2 Championship three times, and won Red Bull Frozen Rush twice.