Advances in world-class sports car building have come so quickly that the world’s fastest production car of just a few years ago, the Saleen S7 Twin Turbo, doesn’t even crack the top five anymore.

Most of these vehicles use big-displacement engines with multiple turbochargers and lots of cylinders. This is the rare air of power and speed, where more plebian cars like the BMW M3 and Ford GT500 will be left far, far behind. The top speed wars are in full swing among the world’s top supercar builders, with tire safety now the limiting factor more than aerodynamic or engine issues.

Here are the five fastest cars in the world, limited to vehicles you can buy direct from the manufacturer and drive on the street: 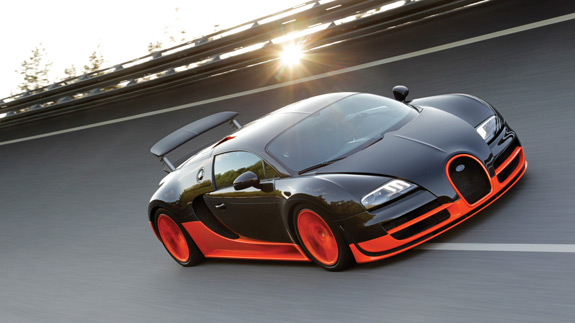 This is the ultimate Bugatti Veyron trim, as if the regular model wasn’t sporty enough with its 16 cylinders and four turbochargers. Bugatti created the Veyron Super Sport with one specific goal in mind: to steal back the title of the world’s fastest production car. The company was successful, with the certified top speed eclipsing 267 mph to put a wide margin between the Super Sport and everything else you can buy and drive off in. TOP SPEED: 267 mph 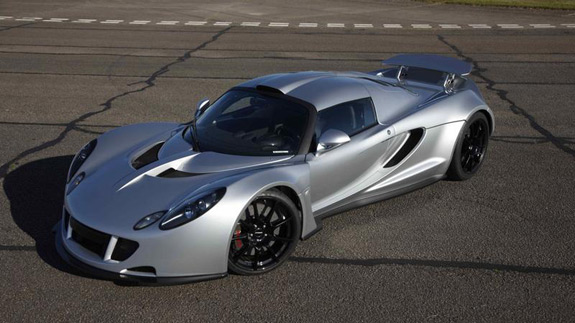 John Hennessey and Hennessey Performance have been in the GM small-block V8 tuning business for quite some time, releasing a seemingly endless stream of wicked-fast Corvettes, Camaros and Dodge Vipers. When the company chose to build its own supercar and announced it could travel at 260 mph, the game changed completely for the firm. The Venom GT was developed from the chassis used in Lotus’s lightweight Exige sports car, then lengthened to accommodate a twin-turbo GM LS9 V8 engine. This is the same motor that sees duty in the Chevrolet Corvette ZR1, but here it makes 1,200 horsepower. TOP SPEED: 260 mph 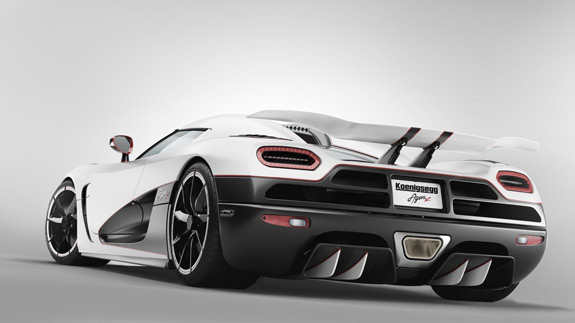 Koenigsegg’s newest sports car advances on the company’s legendary CCX line, the new model even faster, sleeker and more exclusive than before. The top-of-the-line Agera R goes from 0 to 60 mph in just 2.9 seconds with 1,099 horsepower on tap from a twin-turbo 5.0-liter V8 engine. Its ridiculous speeds come thanks to the car’s extremely light weight, even when compared with the world’s other fastest supercars. Priced from around $1.6 million, the Agera R is ultra exclusive. TOP SPEED: 260 mph 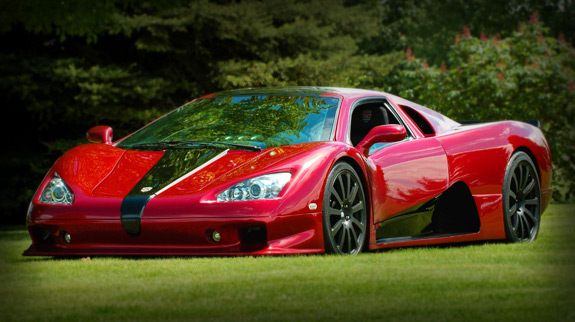 Built by a small and relatively unknown American sports car manufacturer, SSC, the Ultimate Aero TT uses a twin-turbocharged V8 en route to a mind-blowing 1,183 horsepower. The car challenged Bugatti for the title of the world’s fastest car, at one time eclipsing the standard Veyron model. This of course prompted Bugatti to increase power and acceleration. SSC has a new model, the Tuatara, now in development that will be even faster. TOP SPEED: 257 mph 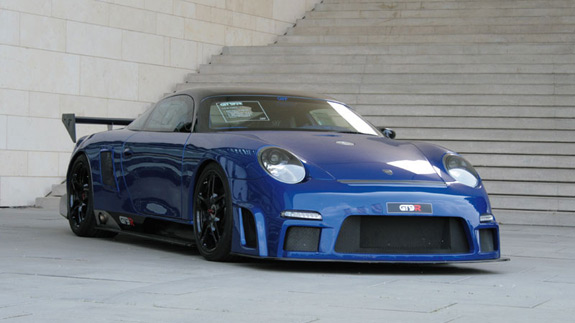 9ff has been in the business of tuning Porsche 911 models to insane power height for some time now, providing Porsche owners with just about the best performance for the street that money can buy. When the company built its GTR-9, it branched out into something a little more epic. While the car is based from the 911 chassis, it has gone through extensive modifications to powertrain and key systems to sustain sky-high speeds on the track or street. TOP SPEED: 257 mph

This article was written by Karl Stockton for the team at roadsiderecovery.com. Is AA roadside recovery worth it? Find more reviews here.

Look How BIG Our Cars Have Gotten Over The Years!

The 2021 GMC Yukon Broadens It’s Appeal, With Upscale Denali And Rugged AT4