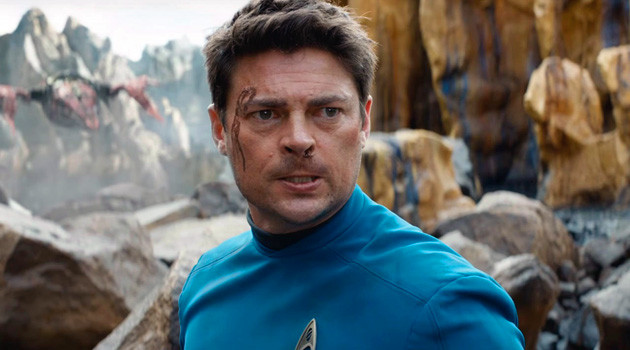 While J.J. Abrams directed the last two Star Trek in the rebooted sci-fi franchise, he passed the reigns on to Fast and Furious veteran Justin Lin, seeing that he was a busy with a little movie called Star Wars.

Paramount just released the first action-packed trailer for Star Trek Beyond, and many fans are up in arms over the fact that the stunts look like Fast and the Furious in space. To which Lin responded, “We are trying to be bold and take risks”. And truth be told, how much can you really tell about a movie from 90 seconds? Personally, I think it looks like a lot of fun, and I can’t wait to check it out.

Related Topics:Star Trek Beyond
Up Next

The First Trailer For Independence Day: Resurgence Is Here!