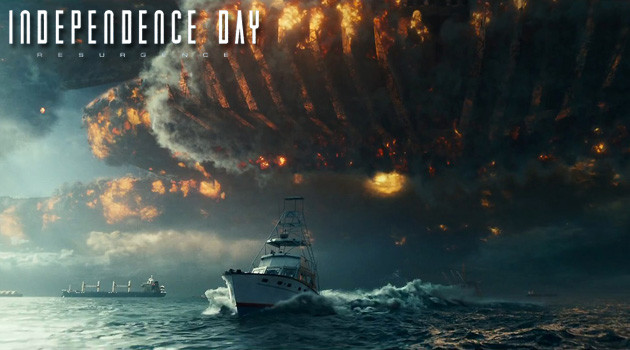 20th Century Fox released the first trailer for Independence Day: Resurgence over the weekend, and I can’t freaking wait for this, as the movie looks EPIC! When I first heard about a sequel to Independence Day being made without Will Smith, I wasn’t sure if it would deliver. But as you can see from the trailer below, they do just fine without him, with Liam Hemsworth at the helm.

So what’s the premise for Independence Day: Resurgence?

We always knew they were coming back. After INDEPENDENCE DAY redefined the event movie genre, the next epic chapter delivers global spectacle on an unimaginable scale. Using recovered alien technology, the nations of Earth have collaborated on an immense defense program to protect the planet. But nothing can prepare us for the aliens’ advanced and unprecedented force. Only the ingenuity of a few brave men and women can bring our world back from the brink of extinction.

You can check out the action-packed trailer here:

Related Topics:Independence Day: Resurgence
Up Next

Watch The Action-Packed Trailer For Star Trek Beyond

Watch The Trailer For ‘X-Men: Apocalypse’