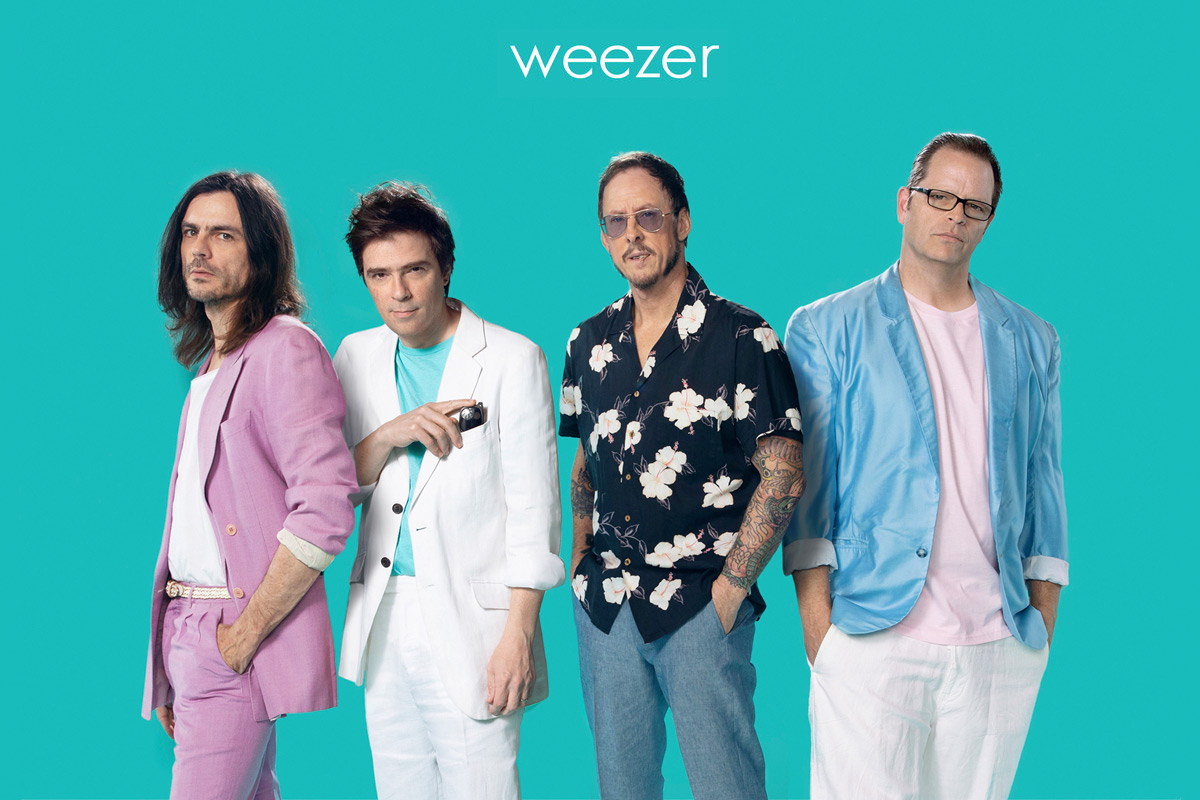 Weezer has been making music and entertaining the masses for nearly 25 years now, and I’ve been a fan of theirs since the beginning, from the “Blue Album” to Pinkerton to the “Green Album”, and everything since.

Ironically, a whole new generation of fans only know Weezer thanks to the success of their hit cover of the 1982 classic Africa by Toto, which became a thing after a girl begged Weezer to cover the song on Twitter. The rest, as they say, is history..

The band appears to be doubling-down on their covers, releasing a surprise album dubbed The Teal Album which contains “the ultimate covers” of some classic tracks that you will instantly recognize. The album comprises the following tracks:

And naturally, they have included their cover of Toto’s “Africa” on there as well! 🙂

We’ve had the album on constant rotation all morning, and my favorite track has to be “No Scrubs”, which sounds distinctly Weezer-esque yet still familiar. All in all, it’s a fun way to pass the time until The Black Album drops on 3/1.

Give it a listen (you can stream the album on YouTube) and let us know what you think of it!

Famous Rock Stars With The Highest Net Worth