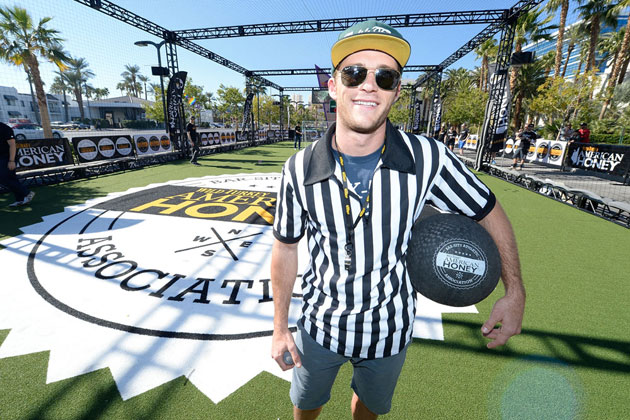 More than 160 of the most courageous and awe-inspiring social sports competitors from across the United States converged on Las Vegas to compete in a two-day social sports extravaganza for the title of American Honey Bar-sity Athletics World Champion and a $10,000 grand prize.

Striking fear in the hearts of the competition, Team Chicago was crowned the winning team on Saturday evening after a ferocious kickball tournament that brought the crowd to its feet. 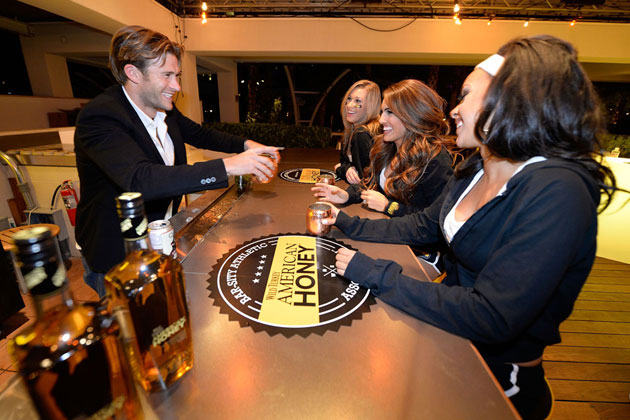 The weekend was hosted by actor Scott Eastwood, who served as the celebrity referee, truly raising the bar and the fun factor of American Social Sports. Eastwood also demonstrated his mixology chops by creating the event’s signature American Honey Cocktail, The Honey Gobbler.

“As owner of the Saddle Bar in Solano Beach, California, I always appreciate bringing people together for a good time and a great drink. To help the competitors unwind after a long day on the playing field, I created The Honey Gobbler – a twist on the julep and a nod to American Honey’s legendary Kentucky roots,” said Eastwood.

“I also got to jump into the action as referee for the first-ever bubble soccer exhibition match – think sumo wrestling mixed with World Cup soccer. But at the end of the day, this was all about the players. Congrats to Team Chicago on a most deserving win.” 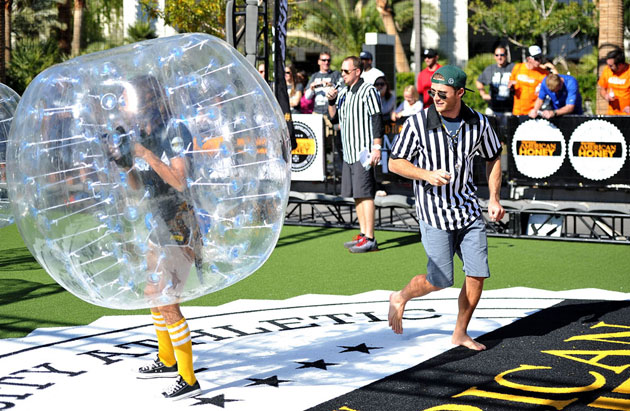 American Honey transformed Hard Rock Hotel & Casino Las Vegas into a social sports paradise, complete with the construction of its signature “Bar-sity Stadium” venue, which debuted in Times Square earlier this year. The American Honey Bar-sity Athletics World Championship featured the crème de la crème of the most popular social sports, including kickball, darts, pool, cornhole and ping pong. Participants showed their grit, determination and fortitude in the high stakes world of Bar-sity sports through a truly immersive two-day experience that highlighted the best parts of Social Sports both on and off the field.

Here’s some video from the weekend’s events:

“Throughout the year, American Honey went from bar to bar and playing field to playing field helping bring the dreams of social sports competitors to life by sponsoring clubs and providing a shot or two of the original honey bourbon liqueur,” said Andrew Floor, Senior Marketing Director, American Honey. “This weekend, 160 athletes realized those dreams at the first American Honey Bar-sity World Championship in Vegas. All the competitors are winners, but only one team – Team Chicago – walked away with $10,000 and the title World Champions. We look forward to another exciting season of Bar-sity sports and will be bringing the program to new cities next year.”