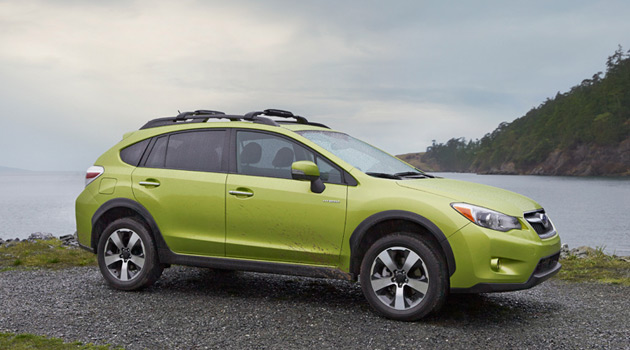 The main appeal of most Subarus are the station wagon looks and their “get out there” appeal. The 2014 Subaru XV Crosstrek Hybrid is a combination of all of that Subaru appeal coupled with an efficient hybrid powertrain. This Impreza-based crossover is a great addition to the company’s lineup.

For its part, the Crosstrek itself is a good slot-filler, landing between the smaller Impreza and the larger Outback. It’s proven itself to be a right-sized option for a lot of buyers, combining the appeal of the Impreza Wagon look and the crossover capability of the Outback and Forester. With over eight inches of clearance, beefy wheel wells, and a sporty appeal, the Crosstrek is often the Subaru of choice for buyers. 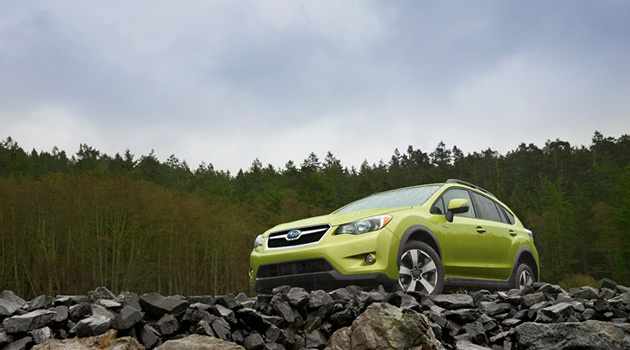 The Crosstrek Hybrid takes that package and adds the appeal of the now-legendary BOXER engine Subaru employs in all of its vehicles, coupled to an electric motor. The company’s first true hybrid, the 2014 XV Crosstrek Hybrid is a good first on many levels. Only one real distraction takes away from the hybrid’s excellent engineering, but buyers should also note the fuel economy potency, or lack thereof.

The powertrain of the Crosstrek Hybrid is a 2.0-liter direct-injected BOXER four coupled to an electric motor and either a five-speed manual or a continuously variable transmission (CVT). The CVT gives the vehicle an EPA rating of 29/33 on the city and highway. Astute Subaru fans will note that the larger and more family-friendly Forester achieves nearly the same highway number without the hybrid powertrain and premium. For city dwellers, however, the 29 mpg the Crosstrek Hybrid promises is hard to ignore. 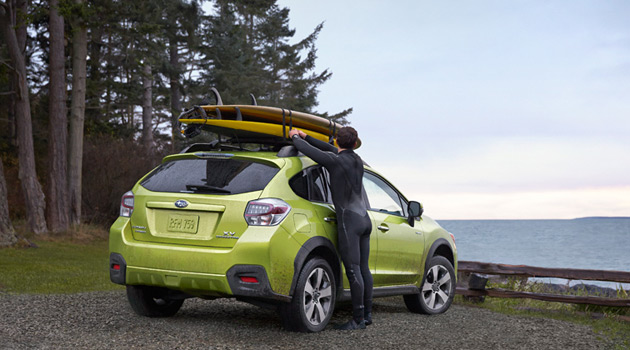 Inside the 2014 Subaru XV Crosstrek Hybrid is a mixture of economy and value. The interior is relatively spartan compared to some other offerings in the segment, but true to Subaru style, it’s not cheap-feeling nor is it flimsy. So while the amenities may be sparse, they are of quality and there are enough of them that none will feel slighted by the purchase price.

Comfort levels are good with passenger seating and driver’s position being a nice fit for a vehicle of this size. Families will like the bench-like second row and the huge cargo space behind it. Standard roofracks on the Crosstrek Hybrid add to the versatility the car already has. Highway noise is high, however, and the increased dampening in the Hybrid Touring trim does little to abate it. 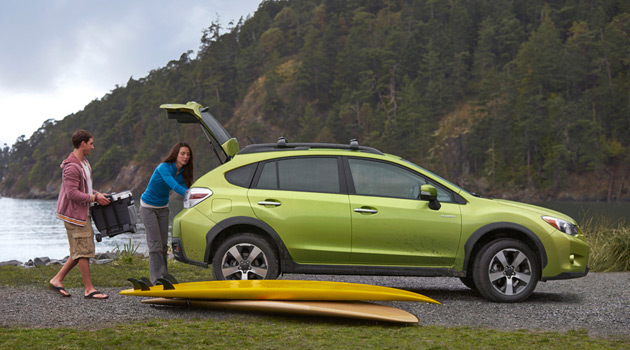 When driving, the 2014 Crosstrek Hybrid is a solid vehicle. It launches from a stop with a capable feeling, though nothing in the realm to be described as “sporty.” However, it’s a confident and sure-footed vehicle in all situations, and thus lives up to the Subaru name well. The stop-start system for the engine is it’s largest drawback, however. The system shuts down the engine at stop lights, signs, or whenever the car is at a full stop for more than a few seconds. This is a common tech in today’s efficiency-minded vehicles, but in the Subaru with its BOXER engine, it’s clunky. The shutoff results in a shuddering putter that gives drivers the impression that the engine has stalled out. More than once I found myself reaching for a phantom key to try to restart the engine, instinctively thinking something had gone wrong.

Overall, though, the 2014 Subaru XV Crosstrek Hybrid is a nice ride at a good price and with everything a Subaru buyer expects to get out of a Subaru crossover. The legendary all-wheel drive, “get there” ground clearance, reliability, and “go do stuff” mentality are all intact with the Crosstrek Hybrid.