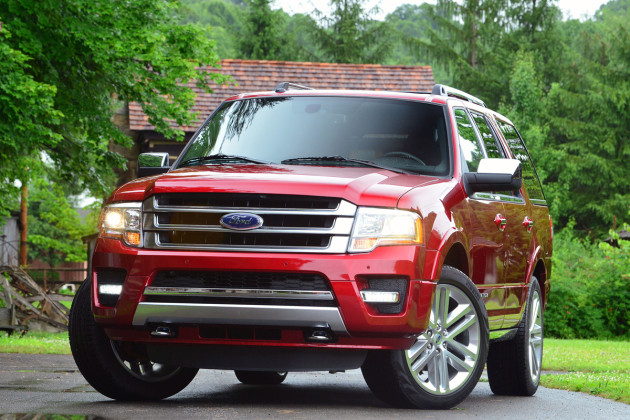 The Ford Expedition is one of the largest sport utility vehicles on the market today, but in many ways it’s been behind the times. This year, though, the 2015 Expedition has been updated to become far more competitive and modern. The new 2015 Ford Expedition has a better-looking interior, more efficiency under the hood, and a much more upscale interior. It’s a far more likable family hauler, while still retaining the capability of carrying a lot of people, plus their stuff, plus a few toys behind.

There is seating for up to eight people and every position is adult-capable and mostly adult-friendly too. The Expedition’s third row is more accommodating than anything else we’ve tried. With 22 mpg on the highway and the ability to tow 9,200 pounds, it’s hard to argue with this big SUV’s offer. 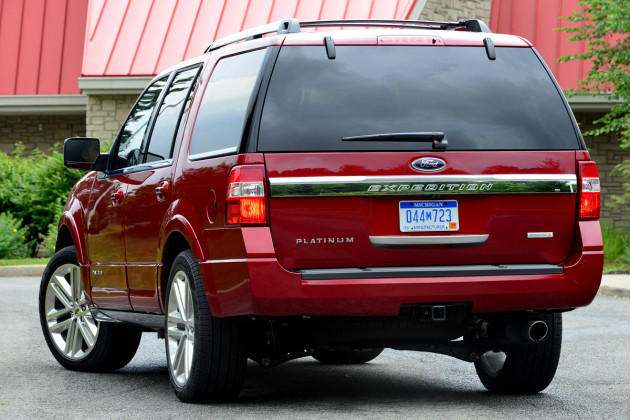 There are basically two Expedition models offered for 2015, the standard wheelbase and the EL (extended length) Expedition. These can be had in rear-wheel or four-wheel drive and in any of four trim levels. The 3.5-liter turbocharged V6 EcoBoost engine and its six-speed automatic transmission are the only powertrain choices for the 2015 Expedition, coming right out of the Ford F-150, but they’re potent. The EPA rates this at 18 mpg combined (16/22) for the RWD option and 17 mpg combined (15/21) for the 4WD version. About a point of MPG is lost with the EL model.

What surprises the most about the 2015 Ford Expedition is how peppy it feels on the road. After all, this is a huge sport utility with a massive amount of bulk, yet the little turbo six with its 420 pound-feet of torque makes it feel light and even fast. The 2015 Expedition is more like a V6-powered midsize crossover in its driving appeal than it is the big truck that it is. 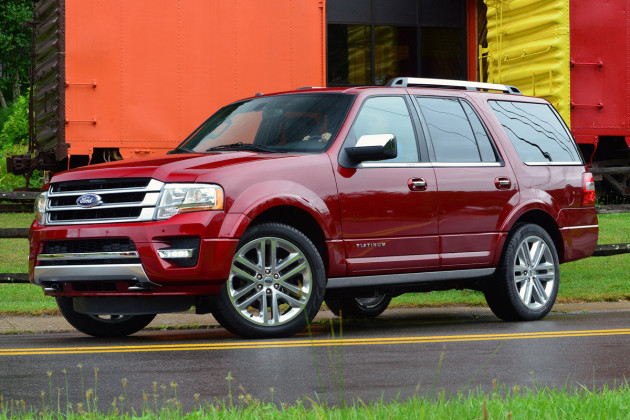 But that doesn’t mean that the Expedition’s bulk doesn’t come into play when driving around town, of course. Visibility is good in this SUV and the rear parking camera is well-placed. Maneuverability is good, but still in battleship territory. Finding parking, especially for the long EL model, is not always easy. So there are tradeoffs for the huge amounts of room and capability that the Expedition has.

Off the road, the 2015 Expedition is capable for light and medium-duty off-pavement activities. It’s best use is as a toy hauler or camper puller into the good camping spaces and for the better spots on the lake. The four-wheel drive system is not as advanced as some other vehicles, but is more than capable in most of the situations the Expedition is meant for.

A really enjoyable aspect of the big 2015 Expedition is its confident highway drive and handling. It’s relatively quiet, with little wind noise or road noise, and it just feels at home when cruising down the highway. Riding in any of the seating positions is great and kids will love the spacious third row. Parents will appreciate the nice touch where the center section of the second row being capable of sliding forward on its own, which lets them place a child seat there and have easy access to it (and the child) from the front. 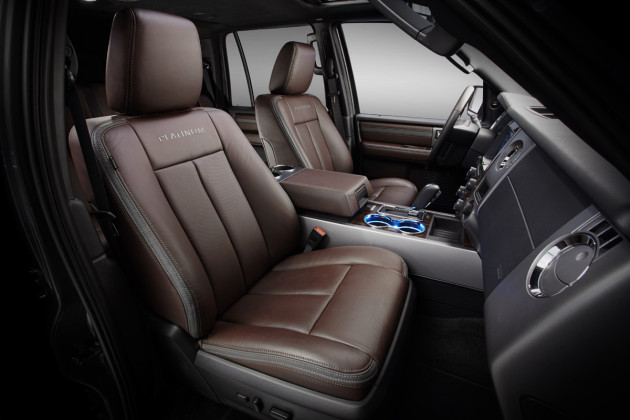 For cargo space, with the third row up, the standard edition Expedition sports 18.6 cubic feet of space. With the EL and the second and third rows folded, that expands to a massive 130.8 cubic feet. The optional cargo tray and dividing system is a really cool bonus item too. It’s a big plastic tray that folds up to create a multi-level storage space or down and perpendicular to the floor to become a divider. It otherwise stows away behind the third row seats to flatten the floor.

In our week with the 2015 Ford Expedition, we proved its passenger hauling capability and enjoyed the fine touches that Ford put into its ergonomics and daily use details. It’s only real downside, its huge bulk, is also its greatest asset as it gives the Expedition a huge amount of interior space for seating, cargo, or both.

Related Topics:2015 Ford ExpeditionFordSUV
Up Next

The Toyota Tundra TRD Pro Is An Off-Road Inferno

The Bentley Bentayga Is The World’s First Ultra-Luxury SUV