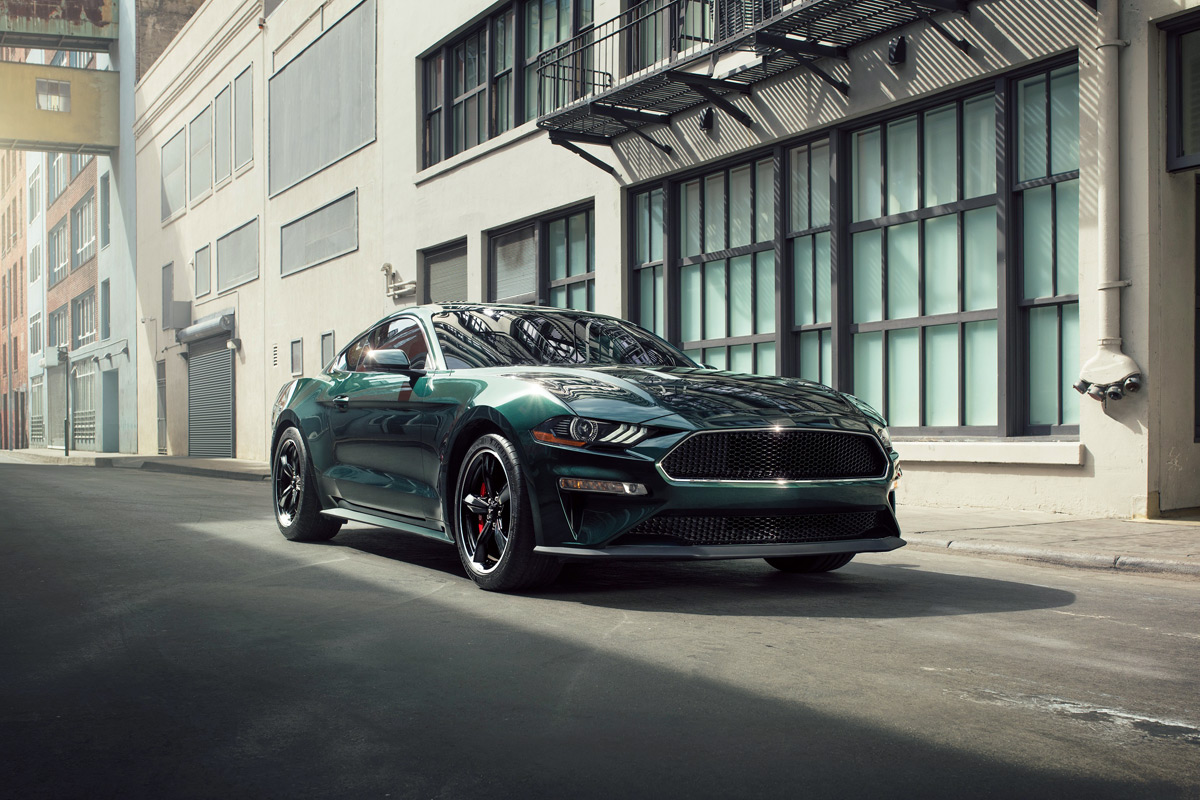 Car guys are well aware of the 1968 Steve McQueen film Bullitt. The movie set the standard for car chase scenes and was taped on location in San Francisco. Starring Steve McQueen and his green 1968 Ford Mustang GT Fastback, Bullitt quickly became a cult classic… So much so that Ford made several Mustang models paying homage to the film in the 50 years since. This 50th anniversary Mustang Bullitt, however, is the best of those.

The 2019 Mustang Bullitt is based on a 2019 Mustang GT Fastback and is an appearance and performance package for it. Several items from the Mustang GT350 are found on the Bullitt, including the revised track-ready suspension and bigger Brembo brakes. The now well-known 5.0-liter naturally-aspirated V8 engine, producing 480 horsepower and 420 lb-ft of torque, is augmented with a performance intake and exhaust from the Shelby GT350, which also gives the Bullitt a signature, beautiful growl. And that extra 20 hp over the standard GT model. A six-speed manual transmission is standard in the Mustang Bullitt with no option for trading out to an automatic. The shift knob is, of course, a cue ball just like McQueen’s from the film. 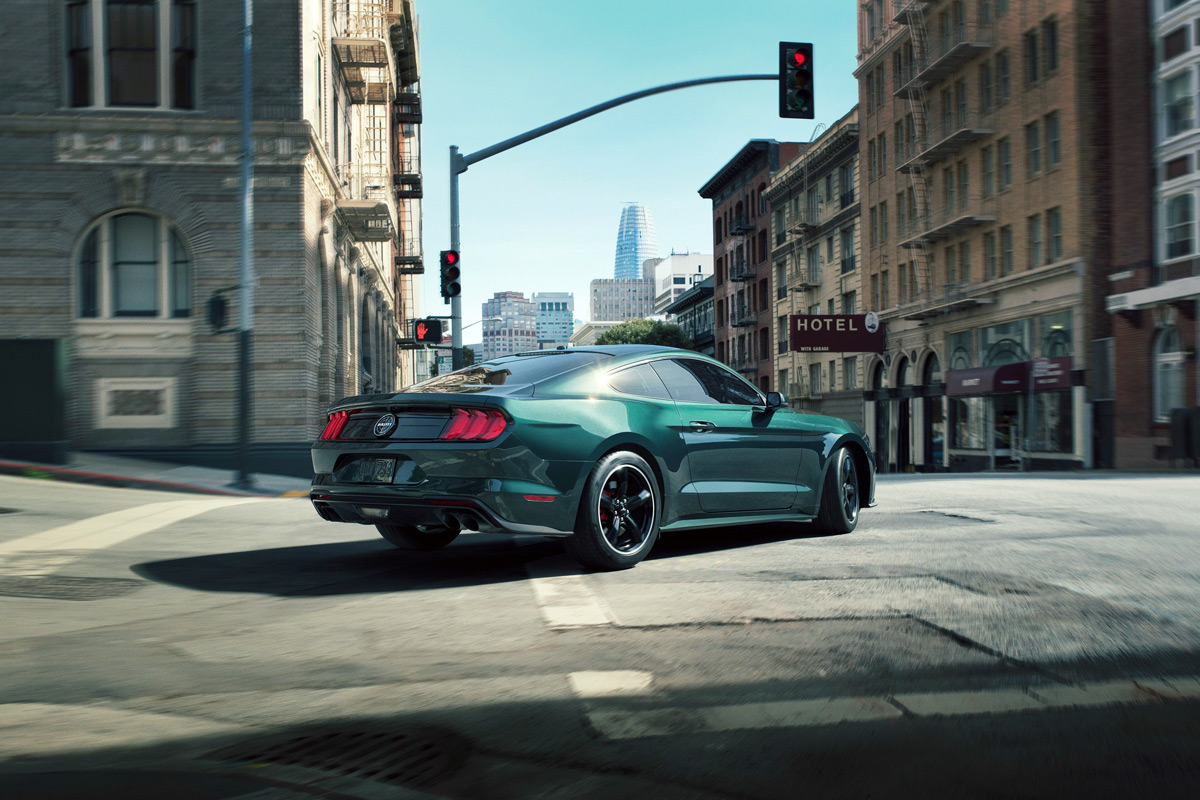 The Highland Green 2019 Ford Mustang Bullitt oozes cool in a way that no other vehicle can. Ford stripped off all of the external décor for the car, replacing the rear deck’s Mustang GT marque (which itself points towards the fuel filler on the original Mustang models) with a gunsight “Bullitt” symbol. The same symbol is found on the car’s steering wheel as well. The front grille, rear hatch, etc. are all devoid of any Ford or Mustang markings. Just as with the original from the film.

For those wondering, the sweet spot for the engine is about 4,500 rpm and with its rear-wheel drive configuration on the new Mustang S550 platform, the Bullitt is a really well-healed powerhouse. Top speed is 163 mph (per Ford) and non-professional drivers on public roads, like us, can average 4.3-second 0-60mph times in the Mustang Bullitt. We suspect that on a track, a professional driver could launch the car from 0-60 in under 4 seconds. That’s pretty quick for a car that weighs somewhere around 3,700 pounds. 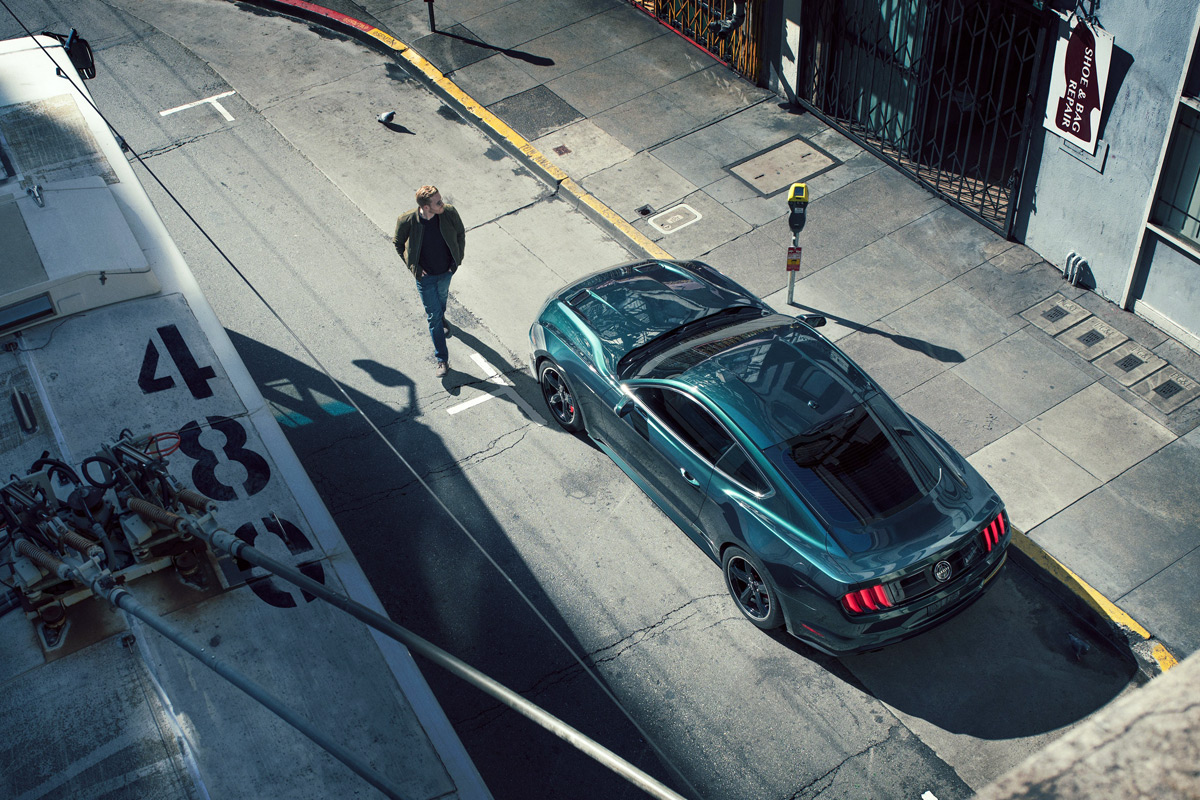 Most of the learning curve, for those not familiar with the Mustang GT, will be in timing the shifts. Ford tends towards mushy clutches and finding the break point takes practice as it’s not immediately obvious. The timing is a bit later than it is in a more Euro-styled sports car, but once perfected, drivers will note that the 2019 Ford Mustang Bullitt is a really fun three-pedal machine with tons of cool factor to back that up.

The thing with a car like this, though, is that it isn’t about impressiveness on the track, speed in street drag races, or outrunning the cops GTA style. It’s about getting into a car that imbues a sense of nostalgic cool with the credibility to back that up. Driving the Mustang Bullitt, one feels badass just being in that seat. You’ll find that rev matching to downshift, leaving the Bullitt in first gear for as long as possible before upshifting, and doing other engine purr-to-roar things while mastering the drive becomes the goal. The reward is sounds of pure muscle car joy and the light V8 shake of the seat at idle. 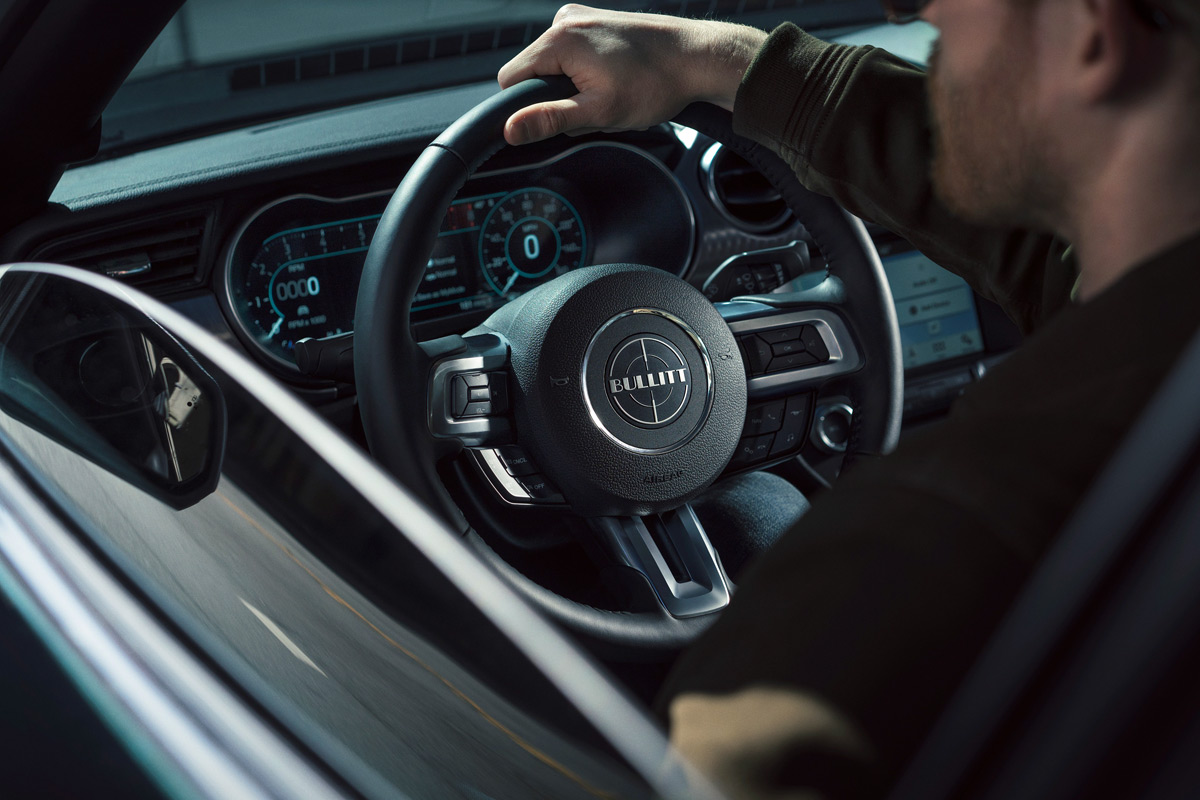 Inside the 2019 Ford Mustang Bullitt, the interior is essentially a Mustang GT model with most of the ponies and Mustang emblems replaced with signature Bullitt stitching, nameplates (with production numbering for the limited edition), and so forth. Most impressive, outside of the nostalgic throwback items like the aircraft-like switchgear and the cue ball shift knob, is the fully configurable instrument cluster screen.

That screen can be configured as a standard dial-style gauge array, a fully digital array, or a combination of those. Because our test drive model Bullitt had a head-up display where digital readouts of MPH and such were shown, we opted for the large tachometer line that runs left-to-right across the screen as RPM increases. This gives an intuitive, edge-of-the-eye picture of the tach without requiring eyes be moved off the road to know where the engine is revving. It’s by far the best overall system we’ve seen so far for keeping eyes on the road without interfering in maximum performance driving. 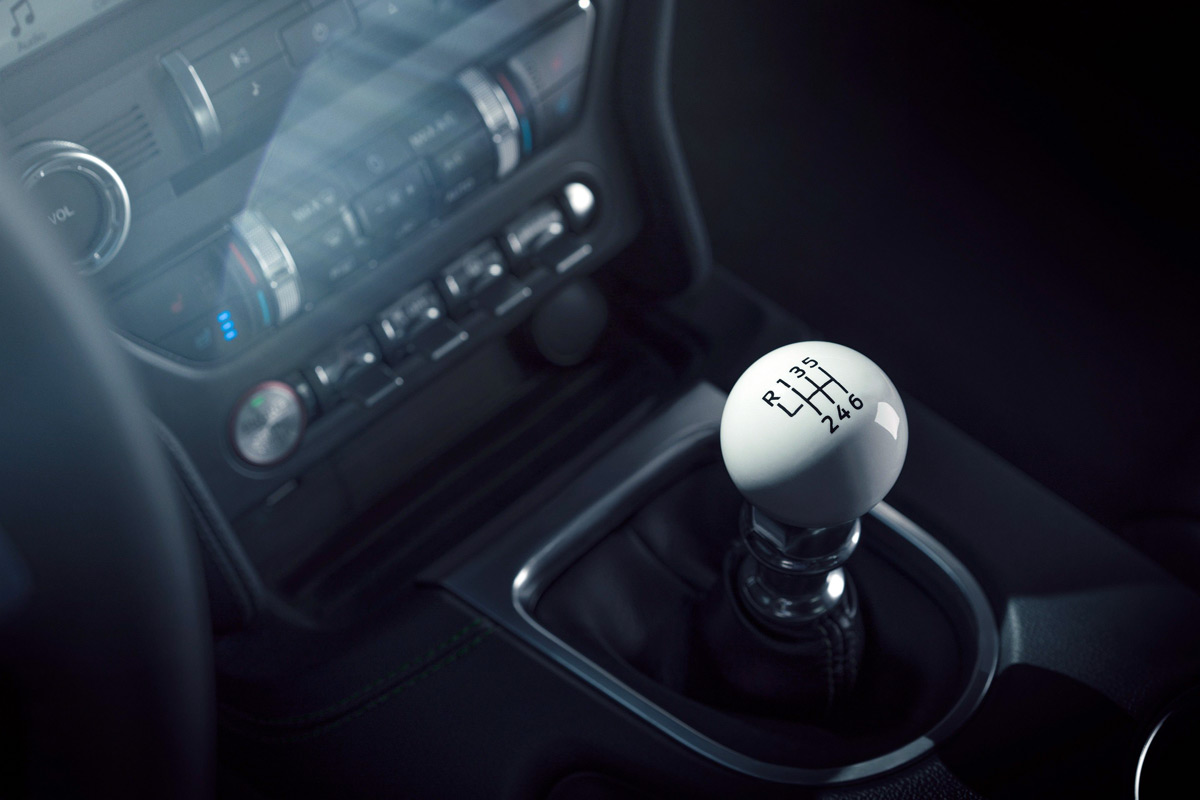 The 2019 Ford Mustang Bullitt has now entered showrooms and is available in either the dark, shimmering Highland Green as we drove it or in basic black. It’s sold as a Mustang GT model with several GT350 additions, a manual transmission (only), and with 19-inch five-spoke alloy wheels that have been blacked with brushed edges. The MagneRide adjustable magnetic suspension is optional, but highly recommended, and a few driver aids and stereo upgrades are available as well. The Bullitt starts at $46,595 as a limited edition model.

If you get a 2019 Bullitt (making us highly jealous) we’d recommend getting in the habit of starting the engine, putting your hand on the shift knob, and then reaching over with a finger to flick the switch on the far right, just above the shifter, up. Twice. This puts the Mustang Bullitt into Sport+ mode. You’re welcome.

Tesla Cuts Prices On All Cars By $2,000 To Offset Reduced EV Tax Credits