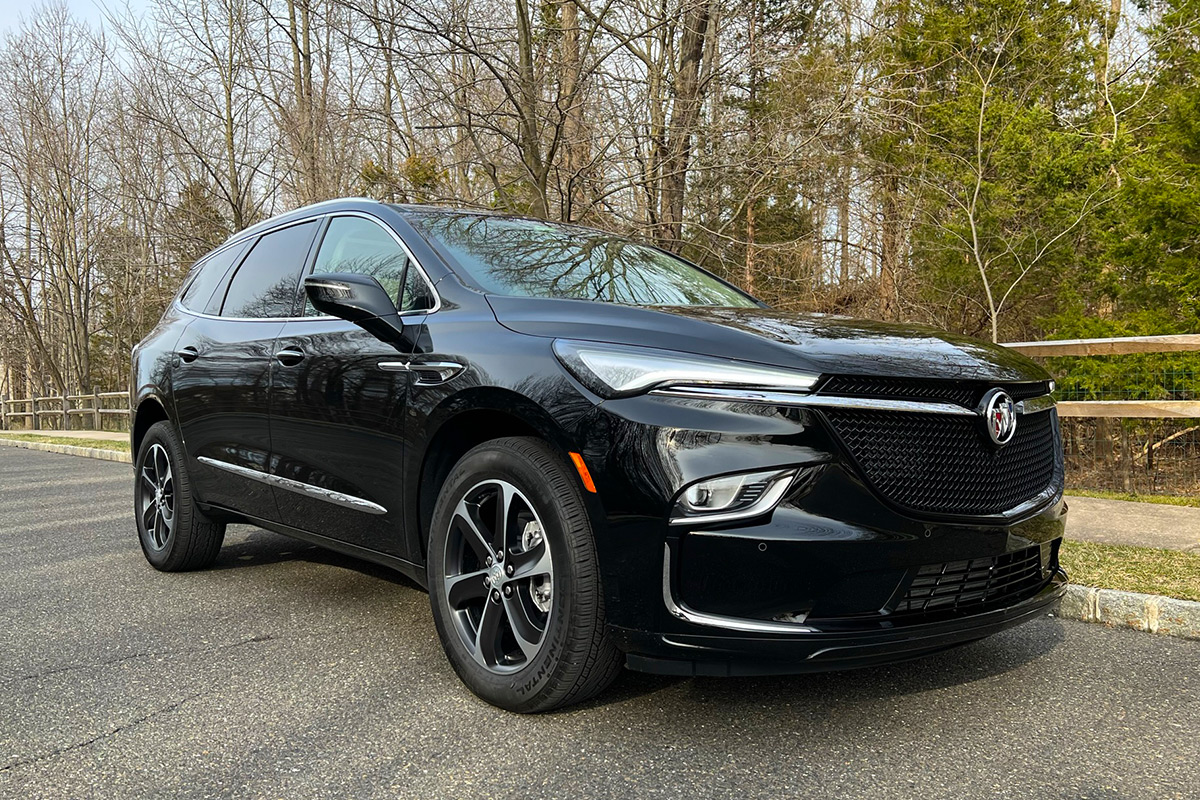 If you’re in the market for a new SUV, Buick might not be the first brand you think of. And I get that, since most people still associate them as an “old man’s car,” with anonymous styling and large fonts on the speedo for the vision impaired. But while that might have been true 10 years ago, as someone who’s driven pretty much every vehicle they’ve put out recently, I can tell you that they’ve really stepped up their game and shouldn’t be overlooked!

Case in point, the 2022 Buick Enclave three-row SUV, which receives a mid-cycle refresh and builds upon an already great vehicle with sharper styling, more standard safety features, and an available Sport Touring appearance package that gives the SUV a sportier look thanks to its distinctive front grille with mesh insert and body-color surround, along with 20-inch wheels.

Having driven the second-generation Buick Enclave when it first came out (and really enjoying it), I was excited to spend a week with a 2022 Buick Enclave Essence AWD 1SL with the Sport Touring package to see what’s new, how it compares with other luxury SUV on the market, and to see if it would appeal to the younger demographic that Buick hopes to capture. 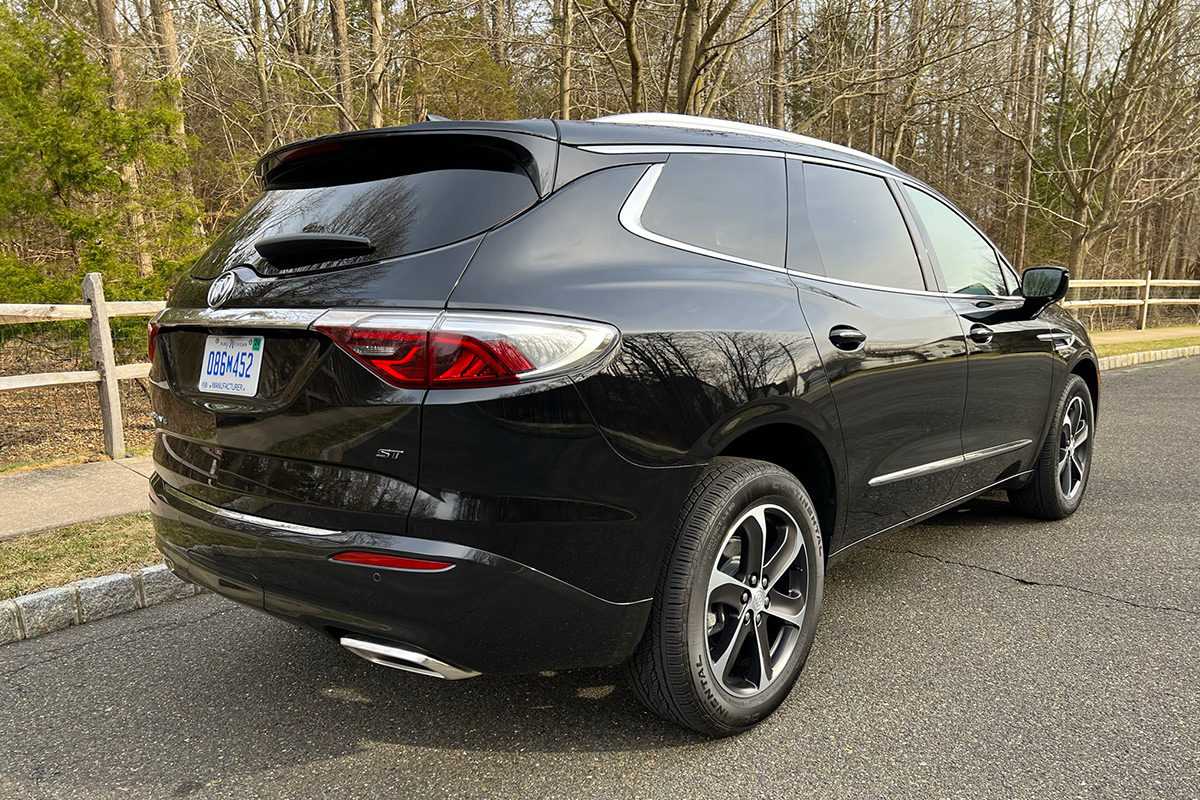 Visually, the 2022 Buick Enclave is quite the looker, with the seven-passenger SUV getting new front and rear fascias, a new grille, and LED lighting front and rear. New wheel designs and exterior colors are also available. Our car was equipped with the aforementioned Sport Touring package, and we really like the way the mesh grill gives the car a nice little dose of attitude. Overall, it’s a pretty sharp and distinctive looking ride, one that had more than a few people exclaiming, “That’s a Buick?”

The interior of the 2022 Enclave gets a few upgrades as well, most notably a redesigned center console with a push-button shifter replacing the traditional shifter that was there beforehand. I don’t quite understand this move to get rid of shifters, as I didn’t really find it intrusive, but I suppose the lack of one makes for easier access to the wireless charging pad (or maybe it’s so you can reach your drink easier). There’s also premium soft-touch materials throughout the cabin, and available heated, ventilated and massaging front seats depending on trim level.

Given that the Enclave is a big vehicle (measuring in at 204 inches long), it’s no surprise that it offers a lot of room for first- and second-row passengers, not to mention a ton of cargo space for your luggage and such. Cargo space behind the third-row of seats is 23.6 cubic feet (largest in the segment), and that cargo space expands to 57.7 cubic feet with the third row folded and to 97.4 cubic feet with both rows stowed. It delivers the utility of a minivan with the stylish shape of an SUV. What’s not to love about that! 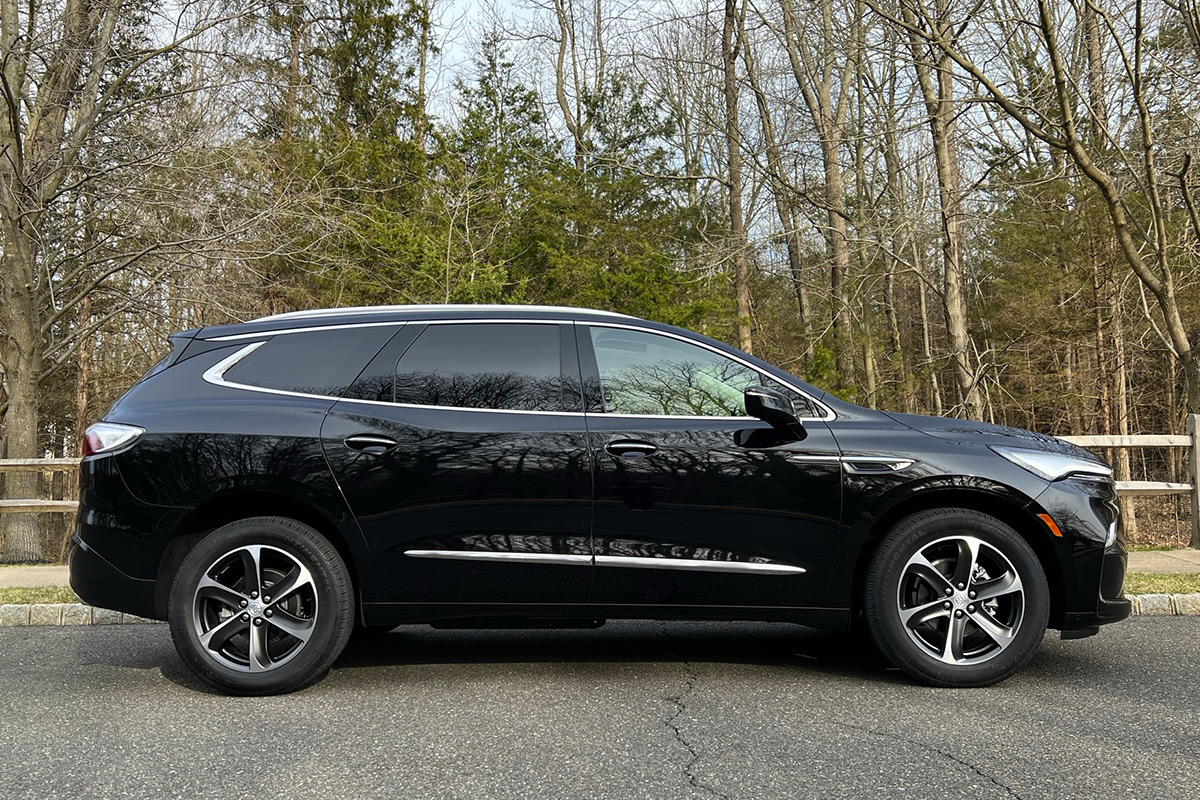 The 2022 Buick Enclave is powered by a 3.6L V6 that puts out 310 horsepower and 266 lb-ft of torque. The seven-passenger SUV sprints from 0-60 in just 6.4 seconds (7.1 seconds w/ AWD), and the nine-speed automatic transmission is very responsive, kicking down gears seamlessly when you need to accelerate quickly. It’s surprisingly fast, while still delivering a respectable 17 mpg city / 25 mpg highway (FWD models get 1 additional mpg for each). During my week with the car, which saw a mixture of city and highway driving, I averaged 21 mpg.

Handling is about what you would expect from a Buick, a smooth and luxurious ride that glides over rough roads without any harshness entering the cabin, even with those monster 20-inch wheels. Furthermore, QuietTuning active noise cancellation system keeps things whisper quiet inside, making for a nice and peaceful drive. Steering effort is relatively light but still provides a good amount of feedback and quick responsiveness.

For those who have a small camper or boat, you’ll be thrilled to learn that when equipped with the $650 Trailering Package, the Buick Enclave is capable of towing up to 5,000 pounds. While I didn’t get the chance to test out the towing capabilities this time around, I have towed with some Buicks in the past, and it’s always been a seamless experience. 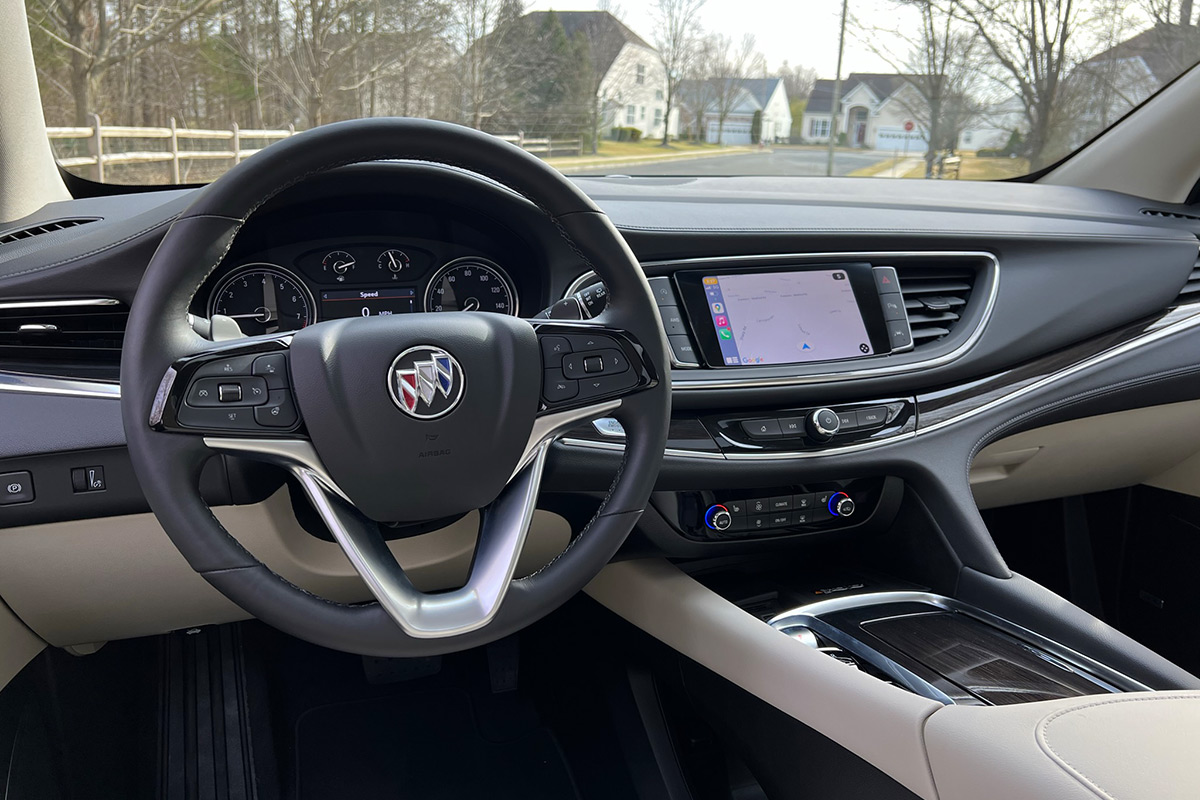 The Buick Enclave’s 8-inch infotainment system is rather straightforward, a touchscreen with just the right amount of buttons and knobs to make your life easier, along with steering wheel controls. We were thrilled to see that it has wireless Apple CarPlay and Android Auto, along with a wireless charging pad to keep your phone juiced up. There are a total of 6 USB ports (two for each row), so everyone’s devices can stay charged up.

Our car also had a number of other option packages, which gave us the Bose Premium sound system (which sounded AMAZING), a rear camera mirror (good in theory, but it still isn’t high enough resolution for my liking), adaptive cruise control (a must-have feature for me), and a high-definition 360-degree camera system that comes in really handy when trying to park, as this sucker isn’t exactly small. 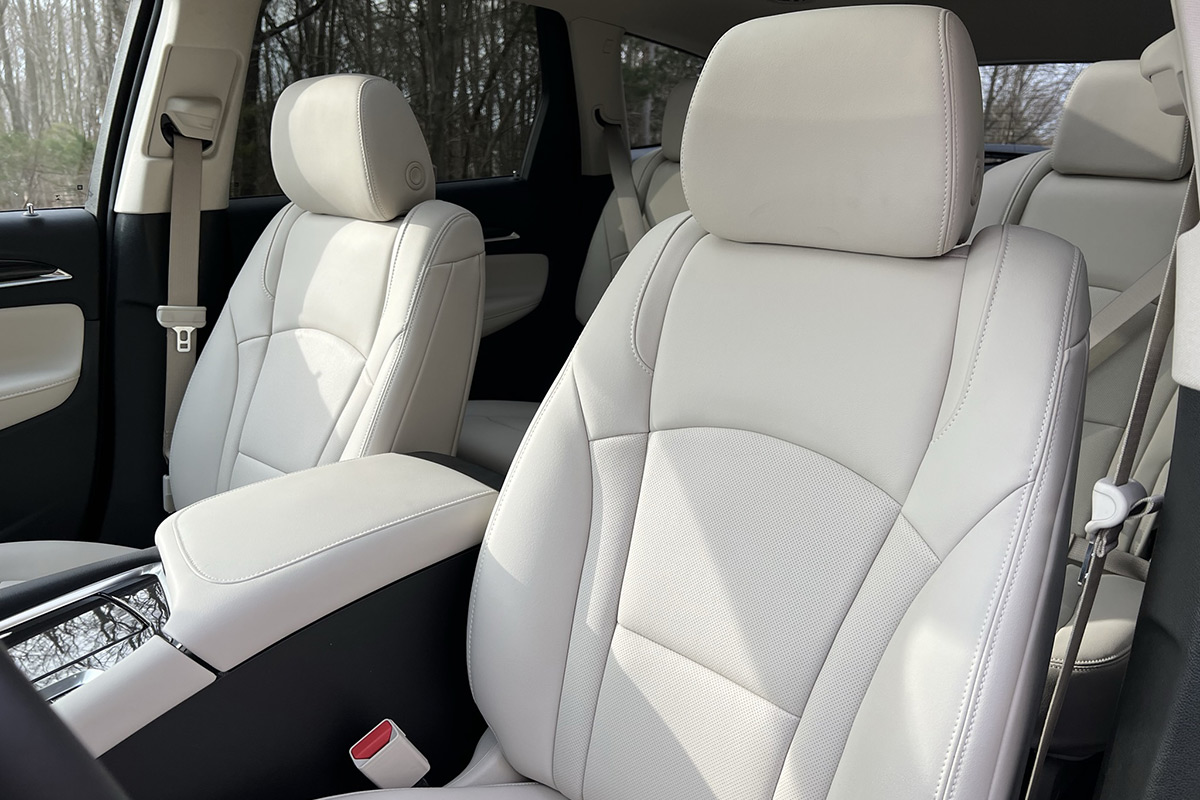 All in all, I think Buick did a really nice job with the new 2022 Enclave. It’s a simple to operate, well laid out, incredibly smooth, premium SUV that is a great road trip accomplice. I’m glad that they went a little more aggressive in the styling department, as it helps the Enclave stand out from the crowd. Though I do question the new taillight design, as the way half of the lights are clear to blend in with the chrome strip looks really odd to me. But a small complaint in an otherwise great looking ride.

That said, the 2022 Buick Enclave plays in a very competitive and crowded segment, with a lot of great vehicles to choose from that span the gamut, from basic people haulers to luxurious SUVs, and everything in between, with a wide price spread. Buick has positioned the Enclave as an entry-level luxury SUV, competing against the likes of the Acura MDX, Genesis GV80, Volvo XC90, Kia Telluride, Mazda CX-9 and others.

In the end, I think Buick’s biggest selling point is its value proposition. Our 2022 Buick Enclave Essence AWD has a starting price of $44,800, offering quite a bit of bang for the buck. But our tester had a number of options that pushed that price up to $52,040, at which point it starts to lose some of its luster. Needless to say, it’s important to pick and choose which options you really need. $1,395 for a dual moonroof? Nah, I could probably live without that. 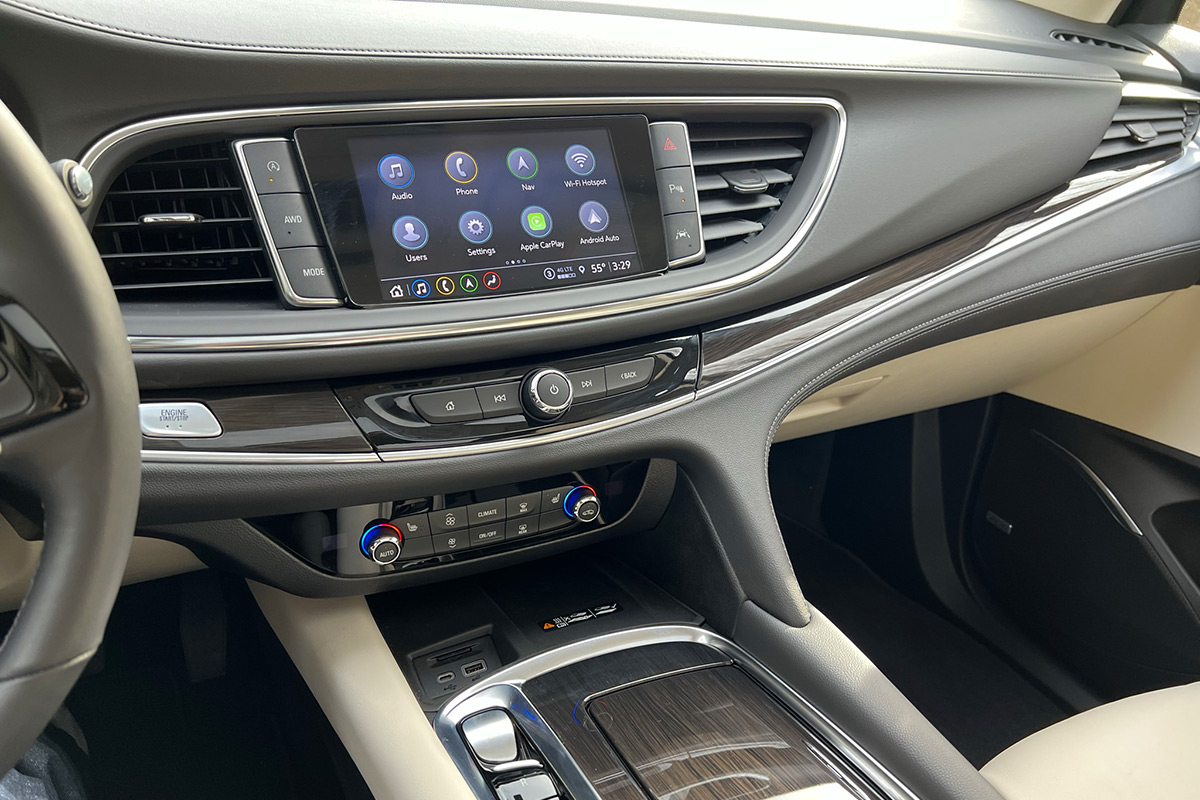 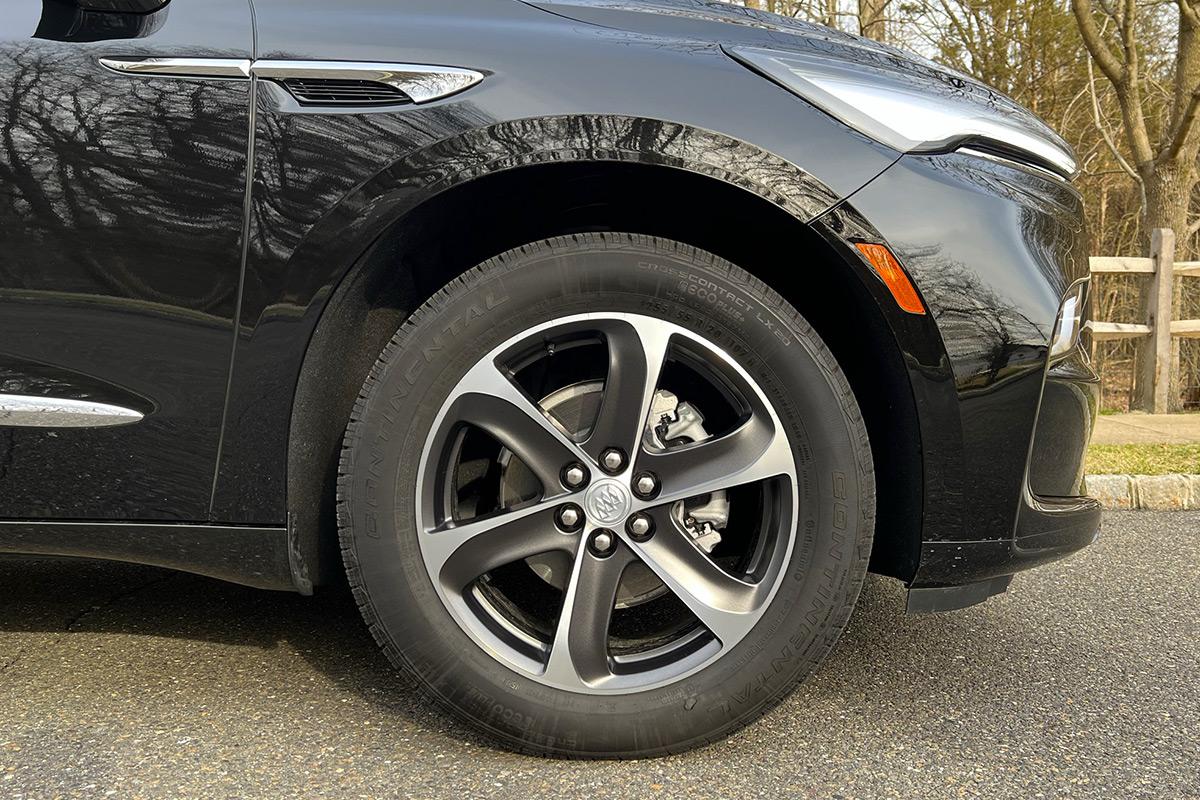 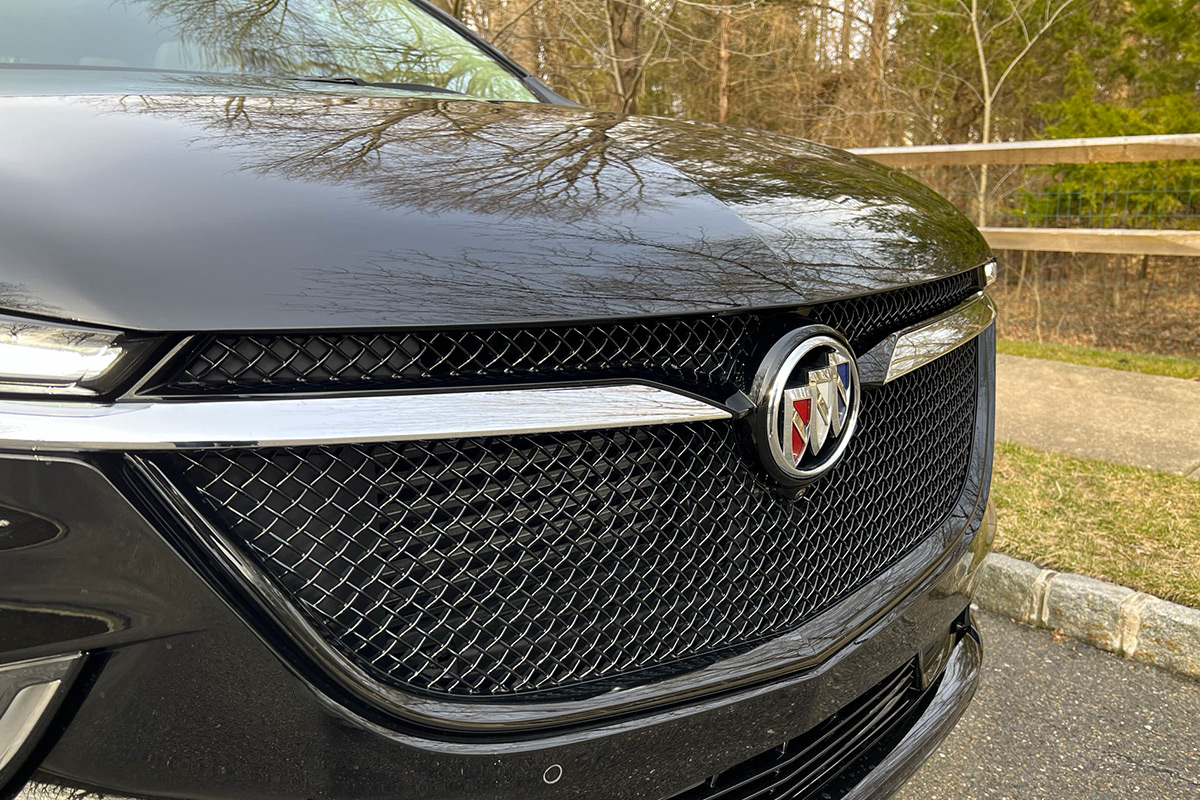 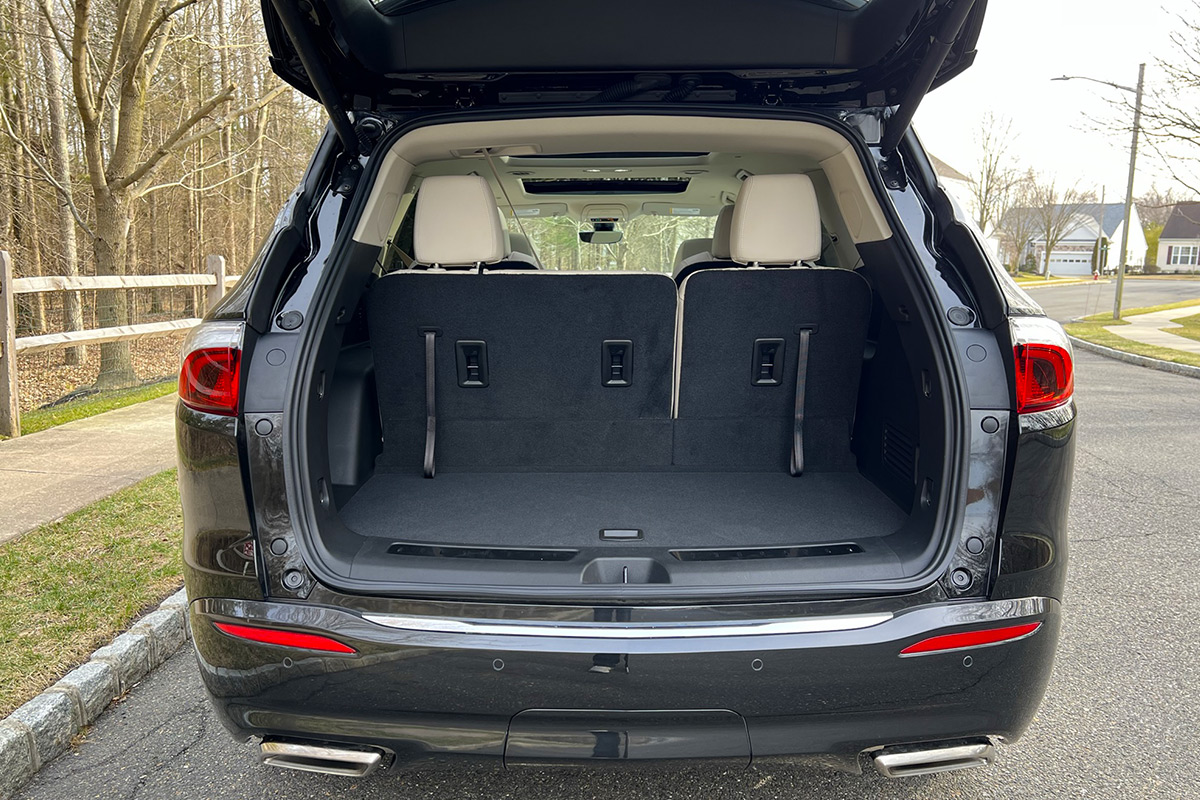 What do you think of the 2022 Buick Enclave?

Related Topics:2022 Buick EnclaveBuick
Up Next