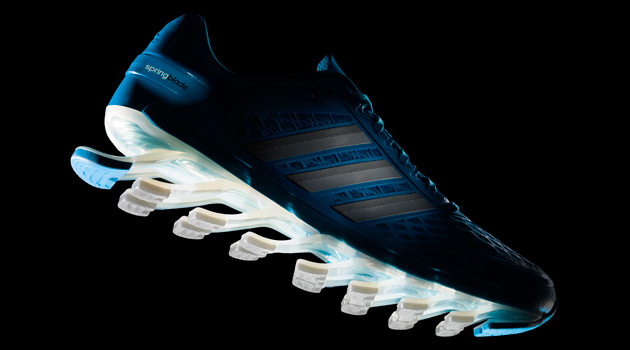 adidas changed the running game with the introduction of their Springblade running shoe last summer, and now adidas is unveiling the next generation of explosive energy under your feet, the Springblade Razor.

Springblade, introduced last year, is the first running shoe with blade technology designed to help propel you forward. The Razor features a unique web design over sock-like Techfit technology that helps lock your feet in place and enhances breathability. The shoe’s 16 individually tuned blades instantaneously react to any environment, compressing and releasing energy.

The Springblade Razor goes on sale on adidas.com, at adidas Sport Performance stores and retailers nationwide including Finish Line on January 16th for $180. The Razor can also be pre-ordered on adidas.com starting Sunday, January 12th.

Related Topics:adidasadidas Springblade Razor
Up Next