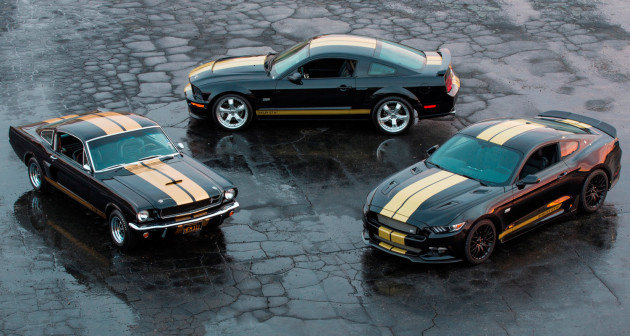 50 years after the iconic Shelby GT350-H was introduced, Ford, Shelby American and Hertz have unveiled a special run of performance-modified 2016 Ford Mustang GTs named the Shelby GT-H that will be available as a rental beginning Memorial Day weekend. As a throwback to the famed Shelby GT350-H “Rent-A-Racer” program of the 1960s, a total of 140 2016 Ford Shelby GT-H’s will be available exclusively through the Hertz Adrenaline Collection at select airport locations in the continental United States.

If you’re unfamiliar with the Shelby GT-H story, fifty years ago Carroll Shelby and Hertz saw an opportunity to put customers in the driver’s seat of high-performance special edition Shelby’s. Ford supplied the cars with V8 engines and mostly automatic transmissions, Shelby added extra performance and style and Hertz gave the public access to a unique driving experience through what was known then as its new “Rent-A-Racer” program. The companies repeated the same formula for the successful Ford Shelby GT-H program in 2006. Today, the story of the Shelby/Hertz Rent-A-Racer is legendary and the first two generation cars are among the most coveted by collectors worldwide.

“The 1966 Ford Shelby GT350-H became a legend from the moment it was introduced,” said Joe Conway, Co-CEO of Carroll Shelby International and CEO of Shelby American. “Ten years ago, the 2006 Ford Shelby GT-H earned the same ‘rock star’ status when it was introduced at the New York Auto Show. We worked closely with Ford Performance to make the 2016 Shelby GT-H the most exciting Mustang ever to wear the iconic Hertz black and gold livery.” 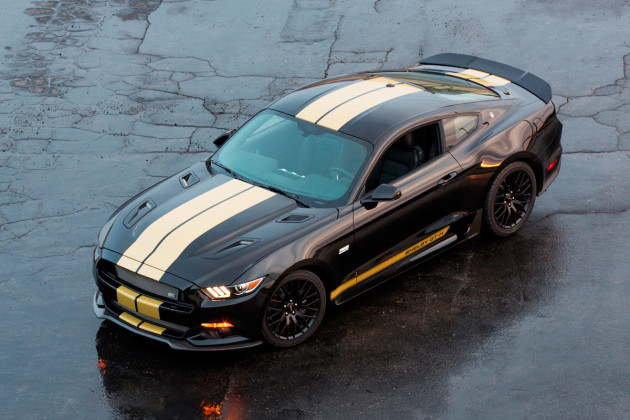 So Shelby American, Ford and Hertz decided to repeat history and give the 2016 Ford Shelby GT-H a very classic, muscular look with additional performance capabilities.

As with the previous cars, the 2016 Shelby GT-H is instantly recognizable with several styling enhancements that celebrate its heritage. Each car will wear black exterior paint, set off with gold racing stripes, a hallmark of Hertz vehicles dating back to the 1920s. Shelby’s traditional “Le Mans” dual racing stripes are combined with a set of rocker stripes that include special “Shelby GT-H” nomenclature. Each car will also wear a Hertz Edition emblem on the front fenders, and feature Hertz Shelby GT-H sill plates and a numbered badge.

Ford Performance is supplying a cat-back performance exhaust for that throaty sound that will make this car unmistakably a Shelby Mustang GT-H. To put all of the horsepower to the ground, the Ford Shelby GT-H also comes with the Ford Racing Handling Pack, including special-tuned dampers, lowering springs, sway bars and a staggered wheel kit. The Shelby GT-H rides on 19-inch aluminum wheels wearing high performance Michelin rubber.

Shelby American will build the cars at its assembly facility in Las Vegas. With total production expected to number only around 140 units exclusively destined for Hertz rental fleets across the country, this special-edition car will give Hertz customers a truly exclusive driving experience.