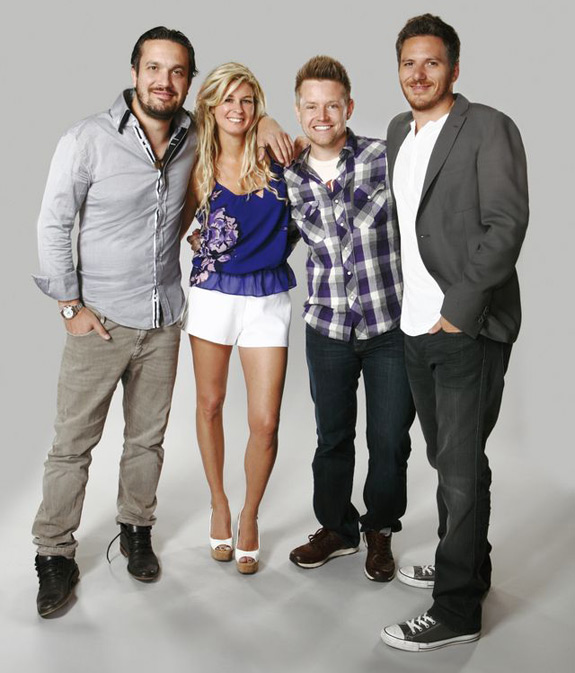 For the first time ever, cameras are taken outside of the Top Chef kitchen and into the lives of Bravo’s most beloved former chef’testants in Life After Top Chef, which premieres this Wednesday, October 3rd at 10pm ET/PT.

The show follows Richard Blais in Atlanta, Jen Carroll in Philadelphia, Spike Mendelsohn in D.C., and Fabio Viviani in Los Angeles as they reach milestones in both their personal lives and culinary careers, from opening their own restaurants to expanding franchises and establishing themselves as culinary leaders in the food world.

Richard Blais is a perfectionist with a relentless mind, and after losing Top Chef: Chicago season four, he came back with a vengeance and ultimately won Top Chef All Stars. Richard owns a successful four-star burger eatery with multiple locations and runs a creative culinary company that works with three and four-star restaurants. Following a failed attempt at his culinary dream, Richard wants to invest his winnings to finally succeed in opening a fine dining restaurant in Atlanta. Unfortunately, he struggles between his ambitions in the kitchen and being there for his family at home.

Jen Carroll is one female chef who can definitely intimidate the guys. As the bright and shining star of Chef Eric Ripert’s restaurant empire, she left her most recent post as Executive Chef at 10 Arts in Philadelphia to head out on her own. She sets out to open Concrete Blonde, her dream restaurant, with an equal dose of ambition and tenacity. She must overcome some hurdles before realizing that it takes more than raw talent to achieve your goals. In Jen’s personal life, she helps care for her sick mother and is coming to terms with being 37-years-old and newly single.

Spike Mendelsohn competed on Top Chef to gain notoriety, and quickly became a household name. Being the baby of a food industry family, he was encouraged to associate his name with the family business to drive its success.  While Spike wants to please his family, he also wants to succeed in opening a restaurant of his own. This carefree and brilliant chef struggles with his strong desire to venture on his own while avoiding ruffling feathers with the Mendelsohn clan.

Fan favorite Fabio Viviani won over America in Top Chef: New York season five with his thick Italian accent, and suave yet gregarious nature. He has never met a hand he did not want to kiss and with use of the sheer radiance of his dazzling personality, he hopes to build his empire and become the “male Martha Stewart.” The chef and owner of two successful Los Angeles restaurants, Fabio is going non-stop with global food festivals, charity events, a web show and multiple partnerships, and this unwavering ambition starts to take a toll on him, both physically and emotionally.

Here’s a sneak peak at Life After Top Chef:

Related Topics:BravoLife After Top Chef
Up Next