Apple hosted its ‘Far Out’ keynote event today, introducing a slew of new products, including the new iPhone 14 and iPhone 14 Pro models, the Apple Watch Series 8 and Apple Watch SE, and more. So let’s dive in and see what all the fuss is about! 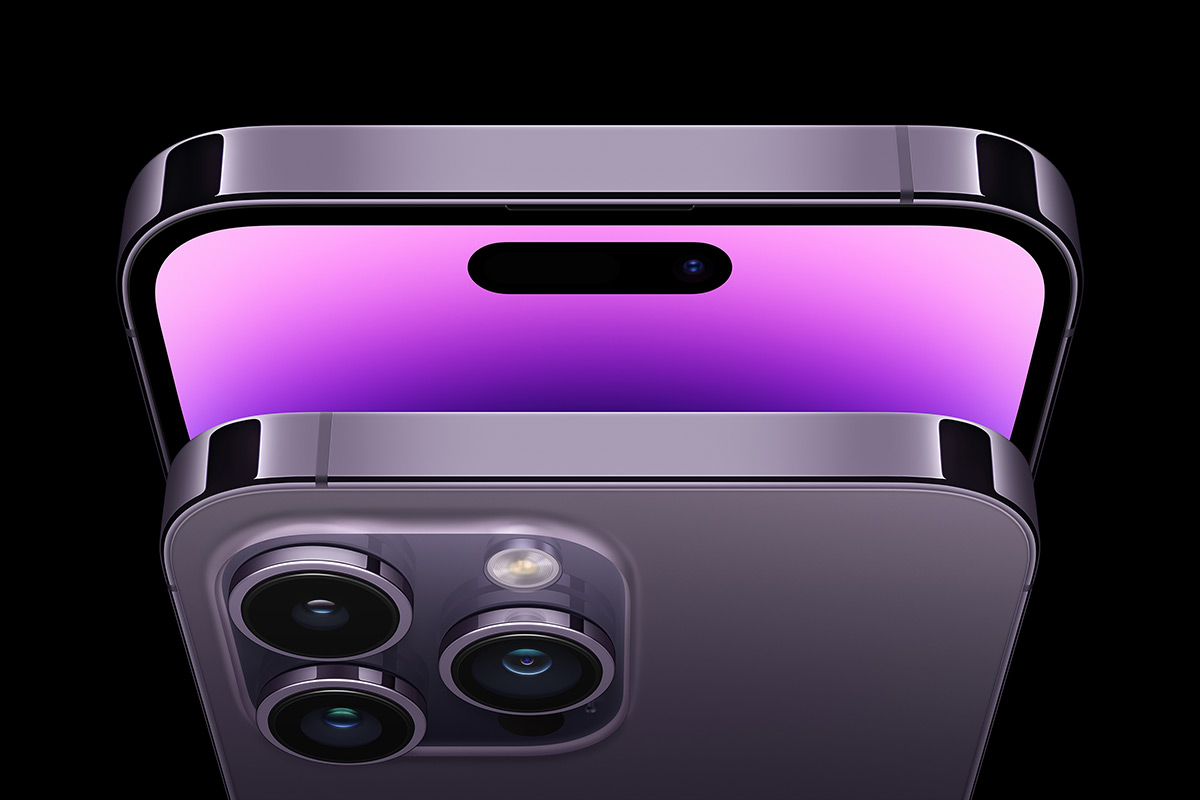 Apple has given its Pro models a new design, ditching the notch up top and replacing it with a new “Dynamic Island” that houses the selfie and Face ID cameras. The Dynamic Island design is interesting in that it acts as a notch but also serves notifications and other relevant info, adjusting its size on the fly. In addition, these Pro models sport an always-on display without killing your battery life.

The iPhone 14 Pro introduces a new class of pro camera system, with the first-ever 48MP Main camera on iPhone featuring a quad-pixel sensor that adapts to the photo being captured and features second-generation sensor-shift optical image stabilization. For most photos, the quad-pixel sensor combines every four pixels into one large quad pixel equivalent to 2.44 µm, resulting in amazing low-light capture and keeping photo size at a practical 12MP.

A new A16 Bionic chip powers the iPhone 14 and iPhone 14 Pro Max. The component utilizes a 4-nanometer architecture, which is more powerful and energy-efficient. It has a dedicated display engine, which allows the above-mentioned Dynamic Island to work its magic. 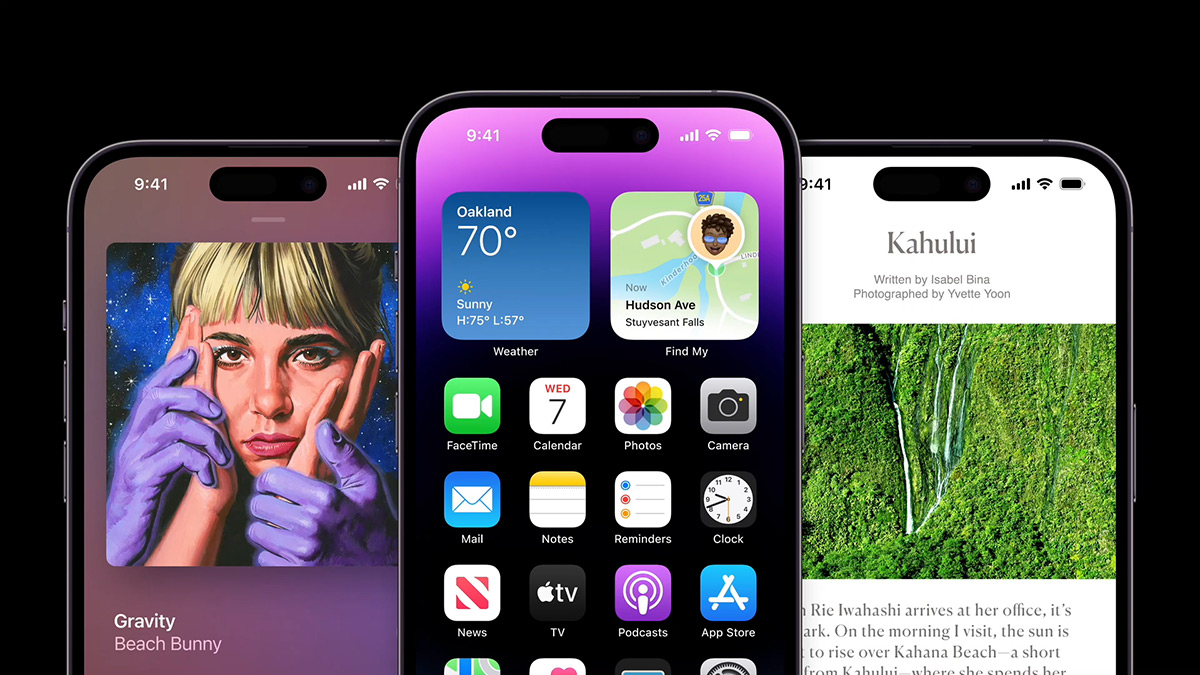 What’s more, the entire iPhone 14 lineup introduces groundbreaking safety capabilities that can provide emergency assistance when it matters most. With a new dual-core accelerometer capable of detecting G-force measurements of up to 256Gs and a new high dynamic range gyroscope, Crash Detection on iPhone can now detect a severe car crash and automatically dial emergency services when a user is unconscious or unable to reach their iPhone.

The iPhone 14 lineup also introduces Emergency SOS via satellite, which combines custom components deeply integrated with software to allow antennas to connect directly to a satellite, enabling messaging with emergency services when outside of cellular or Wi-Fi coverage. Satellites are moving targets with low bandwidth, and it can take minutes for messages to get through. Since every second counts, with Emergency SOS via satellite, iPhone front-loads a few vital questions to assess the user’s situation and shows them where to point their phone to connect to a satellite.

The iPhone 14 Pro starts at $999 and the Pro Max at $1099 (no price hike on base models), both available for pre-order on September 9th and shipping on September 16th. 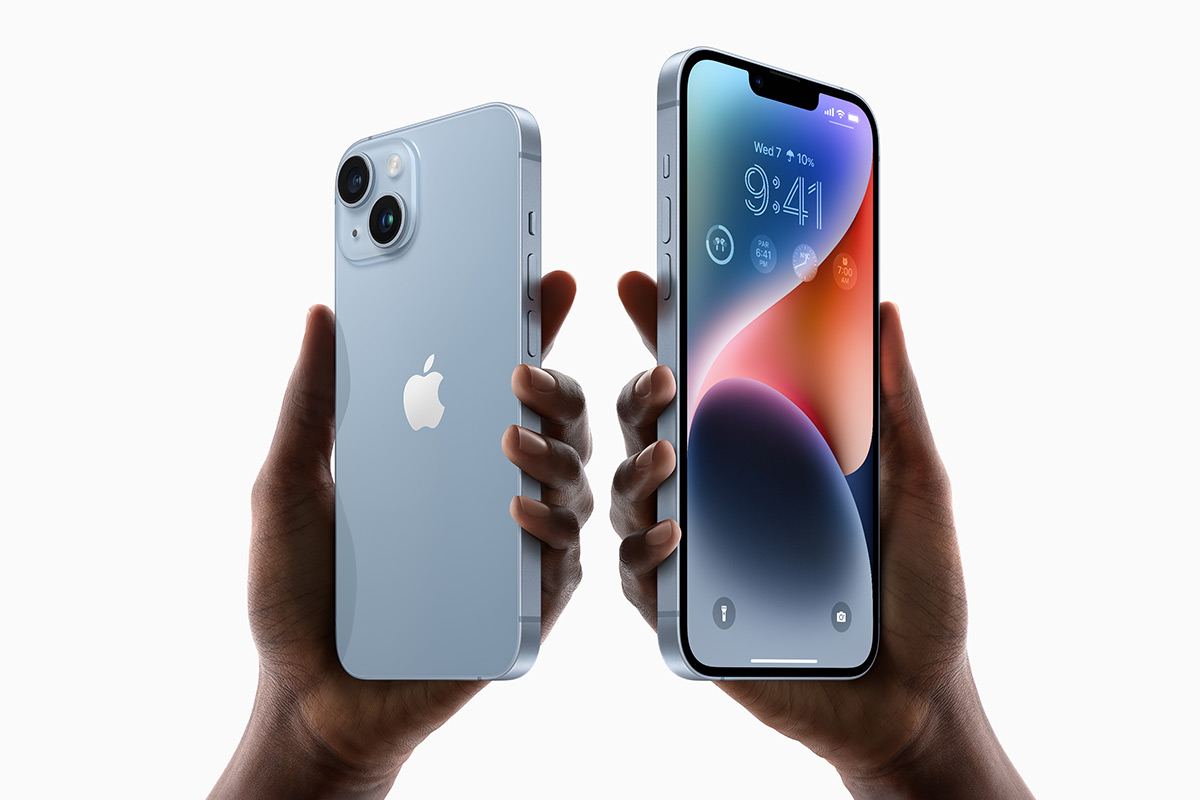 For base phones, Apple has the iPhone 14 (6.1 inches) and iPhone 14 Plus (6.7 inches), with the iPhone mini sadly put out to pasture. Both models include the A15 Bionic processor.

iPhone 14 and iPhone 14 Plus introduce a new standard for photo and video capture with a new 12MP Main camera featuring a larger sensor and larger pixels, a new front TrueDepth camera, the Ultra Wide camera to capture more of a scene, and Photonic Engine for a giant leap in low-light performance.

Dual-camera system upgrades and features include: 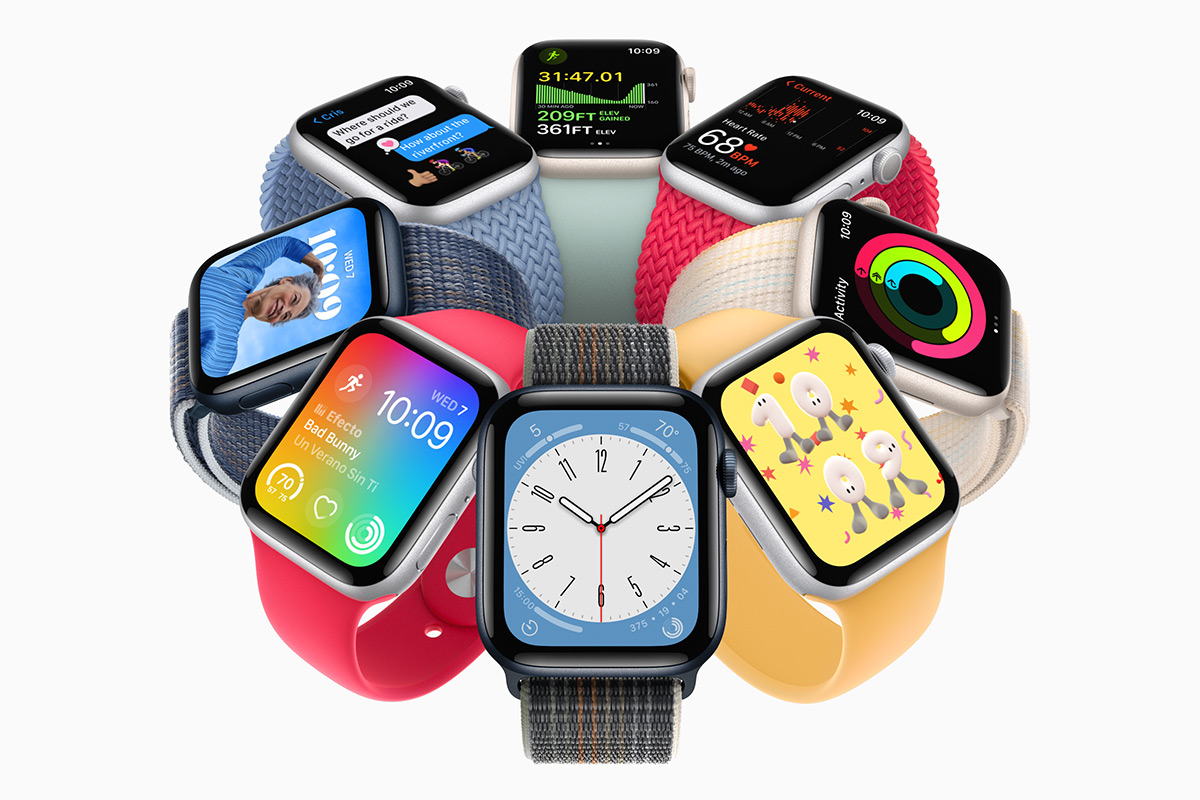 As expected, Apple also introduced the Apple Watch Series 8, which at first glance looks very similar to the Series 7. But it includes significant hardware updates over its predecessor. The most notable upgrade includes a temperature sensor for advanced women’s health and wellness tracking. Apple also improved the battery life of the Apple Watch by adding a low-power mode, which can extend its battery endurance to 36 hours between charges.

The new Apple Watch SE has a new look, thanks to its revamped aluminum housing with a composite back case. The product features the same chip as the Apple Watch Series 8, so expect a little better performance compared to the outgoing model. But otherwise, it’s pretty much the same watch as before, with a little price break to boot.

In addition, the Apple Watch Series 8 and SE both get the same Crash Detection feature that is found on the iPhone 14 models.

—
Other products unveiled during the ‘Far Out’ keynote include the 2nd-generation AirPods Pro and Apple Watch Ultra. All in all, this was a pretty solid event, and we’re looking forward to checking out some of these new devices in the coming weeks!

Apple’s iOS 16 Really Raises The Bar, With A Host Of Cool New Features