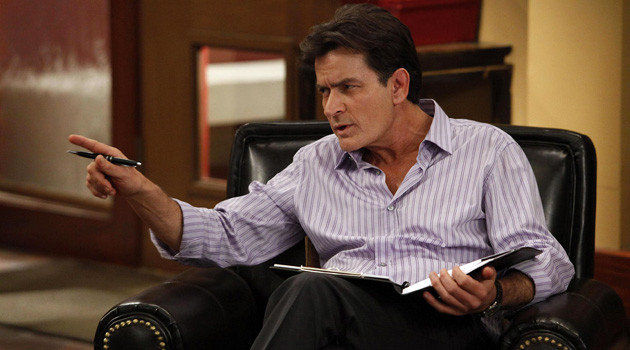 For weeks now, rumors have been circulating about a womanizing Hollywood A-lister testing positive for HIV, fueling wild speculation about who it could be. Leo, Clooney, Sheen, the list went on and on.

Today on the TODAY Show, Charlie Sheen dropped the bombshell in an exclusive interview with Matt Lauer that he was diagnosed as HIV-positive about four years ago, and that he’s paid people upward of $10 million to keep quiet about his situation.

“I’m here to admit that I am in fact HIV-positive,” Sheen told NBC’s Matt Lauer. “And I have to put a stop to this onslaught, this barrage of attacks and of sub-truths and very harmful and mercurial stories that are about the [alleged] threatening the health of so many others, which couldn’t be farther from the truth.”

Charlie Sheen is one of Hollywood’s best-known actors, starring in hit films such as Wall Street and on the CBS sitcom Two and a Half Men. The 50-year old says he’s not sure how he contracted the virus.

He said the diagnosis came after he suffered a series of cluster headaches and night sweats. “After a battery of tests … they walked in the room and said, ‘Boom, here’s what’s going on.’

Sheen said he revealed the diagnosis to people he thought he trusted, but some of them demanded money to keep the information to themselves. One of those people was a prostitute who entered his bathroom, took a cellphone picture of his medication and threatened to sell the image.

Asked if he would continue to pay the people he’d been paying, he said: “Not after today, I’m not.”

You can watch a clip from his TODAY Show interview below:

Thanksfully, an HIV diagnosis isn’t the death sentence that it once was. Charlie Sheen was immediately put on a daily antiviral “cocktail” of HIV drugs to keep the virus from developing resistance and spreading. While there’s no cure, these drugs make it a more manageable illness.

That’s Right Fellas, Kaley Cuoco Is Back On The Market