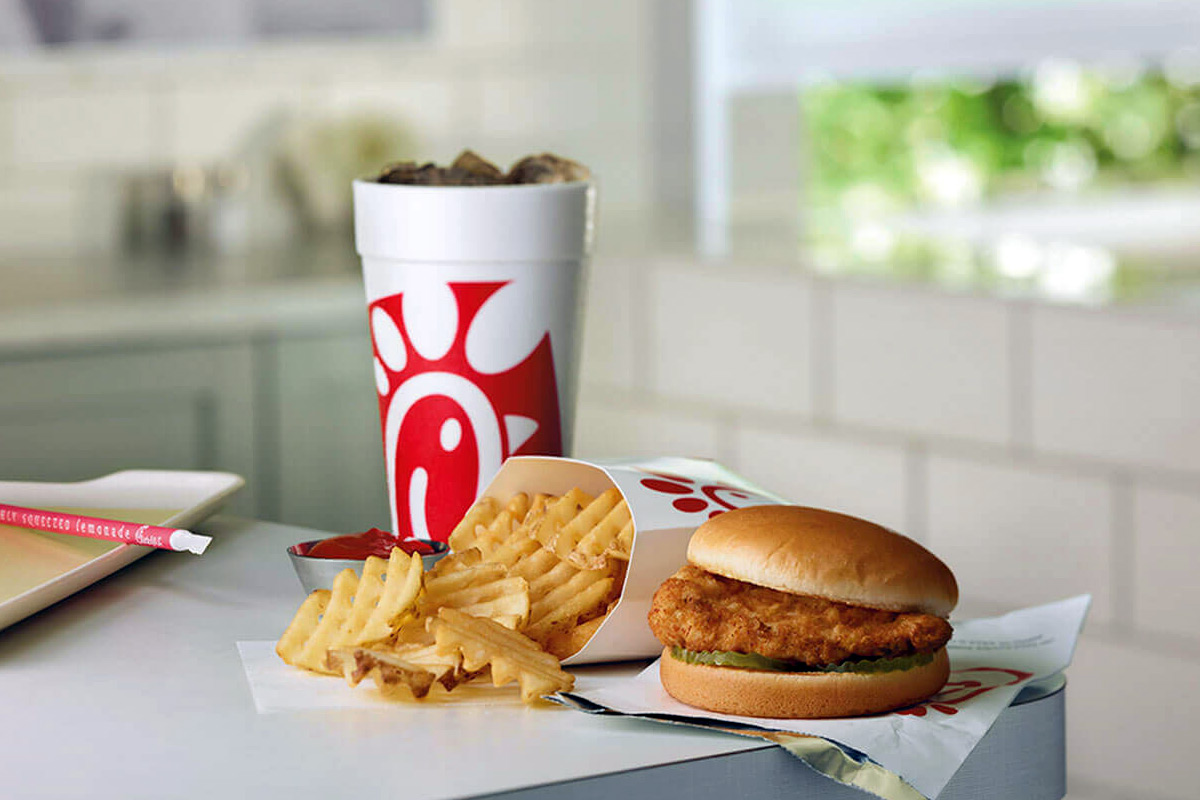 When it comes to fast-food restaurants, Chick-Fil-A reigns supreme for the third year in a row, that according to the American Customer Satisfaction Index’s annual study, which surveys 22,500 Americans on their experiences at chain restaurants.

Yes, Chick-Fil-A has had their fair share of controversy over the years, but that clearly hasn’t affected consumers’ love of their delicious chicken sandwiches. The ACSI study polled 22,500 Americans on their experiences at chain restaurants, rating them from 0 to 100 in categories such as food quality, restaurant cleanliness and layout, and waitstaff behavior. Those scores are averaged out to come up with an overall score.

With a score of 87, Chick-Fil-A was the winner, beating runner-up Panera Bread by six points. As for the other giant chicken purveyor KFC, they slipped 1 point down to 77. Time to step up your game, Colonel Sanders..

Just imagine how high Chick-Fil-A would rank if they were open on Sundays. 🙂