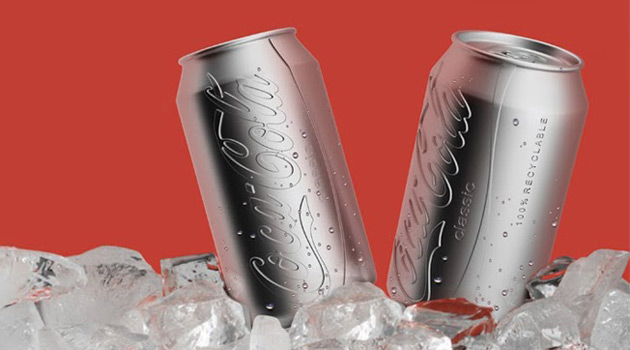 Design studio Ryan Harc has created a colorless Coca-Cola can design with a convex logo pressed right into the aluminum. It’s a modern spin on a classic brand logo, and it’s apparently also more eco-friendly than painting the cans, as it reduces energy use and pollution in both the production and recycling process.

Given Coca-Cola’s documented efforts to release environmentally friendly and economically viable products (like last summer’s ice bottle), it’s not such a stretch to imagine these colorless cans becoming a real product in the near future.

What do you think of the colorless Coke can?

Your Pizza Night Just Got Bigger, Better and Sweeter