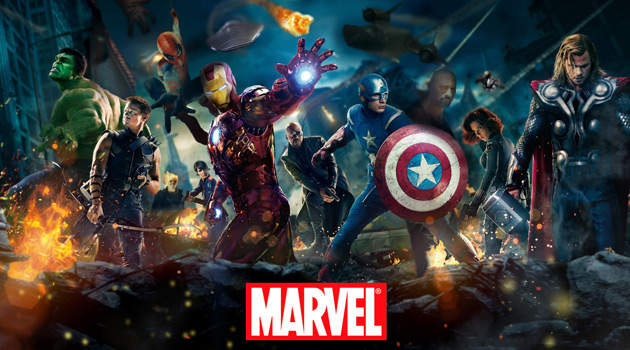 It’s safe to say that Marvel films have come a long way since the first X-Men and Spider-Man films. Not only have they finally started casting much better choices to fill the shoes of every comic book nerd’s favorite heroes, but they have also come a bit further with some of the action and story lines.

You probably won’t find any one of these films that doesn’t have some fanboy out there that is angry over a character choice or the way the story changed from comic book to big screen, but at least they’ve managed to win big with The Avengers series. And there are people that agree with actress Michelle Rodriguez about not changing the ethnicity of characters.

Avengers: Age of Ultron is looking to be the best yet to come in the myriad of Marvel movies that revolve around The Avengers and their members. Of the three Iron Man, two Thor, and two Captain America movies, and the first Avengers film, Age of Ultron may be even more action packed. They are also introducing some interesting new characters like Scarlet Witch, Quicksilver, and Falcon.

Joss Whedon is a talented film director and he should have a blockbuster on his hands with the return of The Avengers. Fans will be happy to see Robert Downey Jr. reprise his role as Iron Man/Tony Stark, Scarlett Johansson as Natasha Romanoff/Black Widow, Chris Hemsworth as Thor, Mark Ruffalo as The Hulk, Chris Evans as Captain America and Jeremy Renner as Hawkeye. This film comes with new heroes, like Falcon, as well as new villains, like Ultron.

What is most exciting in this film is the introduction of Tony Stark’s Hulk Busting armor. It takes something special to control Bruce Banner when he’s all hulked out and angry. Only Stark and his clever Iron suits could be enough to withstand such a devastating green hulk of muscle.

Like with the last Thor movie, The Dark World, and the last Captain America movie, The Winter Soldier, it’s very likely that there will be some crossover information between Age of Ultron and the Agents of S.H.I.E.L.D. TV show. With the new Agent Carter television shows popularity, and the fact that Peggy Carter has her own part in The Avengers: Age of Ultron, it’s very likely that show too will see some crossover action.

Like most great superhero films, theater goers just might want to stick around for a sneak peek of something wonderful after the credits, usually having something to do with an upcoming film. The rule, in most theaters, is that if the lights don’t come on while credits are running then something more is to come.

Expect some action, a great story and some Earth saving to be going on. Women will be drooling over Thor and guys will be ogling over Black Widow and the good guys will win in the end! However, there’s no telling if everyone will survive, or make it all in one piece. There is one thing that comic book folks know though, when it comes to superheroes dying, they never stay dead for long.

The Trailer For ‘Mission: Impossible Rogue Nation’ Is Finally Here!

Check Out The Teaser Trailer For ‘The Transporter Refueled’