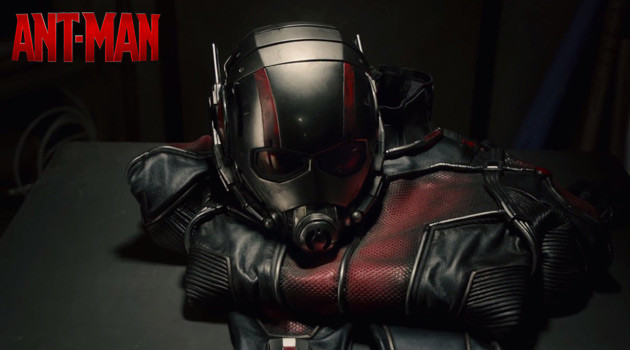 One of the biggest casualties of the Marvel Cinematic Universe so far is most definitely losing the opportunity to see what Edgar Wright would have done with Ant-Man. Throughout the early development process of this film, it was clear that the Hot Fuzz/Scott Pilgrim director was on to something that would create something subversive, and new for the ever expanding superhero genre. Well so much for that, as he and Marvel parted ways after nine years of collaboration, presumably because he was not a fan of the added in story elements that tie the characters into the greater Marvel universe.

In the wake of this split, star Paul Rudd and frequent collaborator Adam McKay had to come in and polish up a new script from Wright’s scraps, and Yes Man director Peyton Reed was brought in as a replacement behind the camera. In other words, it seemed like this might be one of Marvel’s few disasters if they didn’t pull of a miracle, but hey, they’ve certainly reached higher before

We start off with Scott Lang (Paul Rudd) being released from prison for burglarizing (he doesn’t like the term robbing) a wealthy business tycoon. Desperate for money to pay his daughter’s child support , Scott tries just about everything he can to make money legitimately, before turning right back to crime. One night, he enters a house that his partner Luis (Michael Pena) claims has a massive score inside. However, once Scott cracks the safe, all he finds is a strange suit, which as it turns out, is a shrinking suit that belongs to scientist Hank Pym (Michael Douglas). Hank as it turns out has a job for Scott. He must learn how to use the suit, which can also be used to communicate with ants, to sneak into Hank’s former laboratory, now run by former protegee gone mad Darren Cross (Corey Stoll), and steal a variation of the technology called the Yellowjacket that will be used for military purposes. This comes much to the dismay of Hope (Evangeline Lilly), Hank’s estranged daughter, who feels that she is more than prepared to preform the heist on her own. 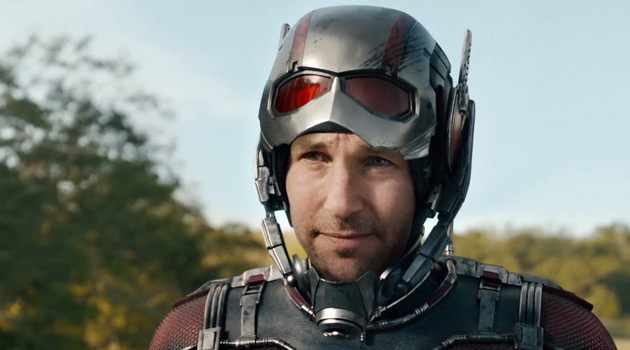 Ant-Man is a movie powered heavily by the charisma of it’s performers. Paul Rudd proves himself a perfectly suited leading man here, giving us a slyly funny but deeply empathetic character in Scott. Above all else, the love he has for his daughter runs through all this guy does, and unlike certain other elements of the film, this piece never gets cheesy thanks in large part to Rudd’s performance. In fact, he seems more comfortable in the role than a lot of other Marvel leading men did on their first time out, and will surly be a nice presence to watch develop over the years. Meanwhile, Douglas nicely adapts to the mentor role, even if the script often doesn’t utilize his wry sense of humor as much as it should have. The mentor/student relationship here should have been incredible, but instead it’s mostly just Pym speechifying about various plot elements he finds important, with only a few opportunities for banter used. Most of that humor ends up going to Pena, who has a surprisingly hysterical turn as Scott’s overly energetic partner. Lilly and Stoll are stuck with the fairly stock roles of the stoic love interest and scornful villain, but both overcome these troupes to a degree by infusing an above average amount of emotion into their characters. Just by sheer virtue of having any development at all, Stoll’s Darren Cross is one of the best baddies in the Marvel Universe thus far.

Peyton Reed does a competent job behind the camera here, especially for somebody who was forced to come on board somebody else’s movie way late in it’s development. While most of the action sequences were undoubtedly pre-visualized by Wright, Reed does a competent job of bringing them to life. The shrinking sequences here simply look great, the sense of scale jaw dropping as Scott flies and falls through massive objects that would look microscopic to you or I. Fights that take place inside of a briefcase, or a child’s room are certainly if nothing else a refreshing break from the destruction porn we’ve been getting all summer. It’s something we haven’t really seen before in a superhero movie, and Reed makes sure that there are constantly clever little tricks being used in each sequence. Especially in the third act when the caper really kicks in, this is one of Marvel’s most visually stunning movies.

Before we can get to that third act though, there’s quite a bit of sloppiness to slog through. Reed constantly throws off the light, comedic momentum of the story to have these long scenes where characters spew out paragraphs of exposition, subtext be dammed. In fact, there are so many moments like this, particularly between Lilly and Douglass, that it descends into borderline soap opera territory. Don’t get me wrong, I’m all for developing emotional arcs for characters, but this really could have used a little help from the old policy of ‘show, don’t tell’. While never truly becoming boring, as there will often be a good scene to follow up a lesser one, it takes a lot of energy to constantly have to re-establish the lightheartedness that works much better for a movie like this one. 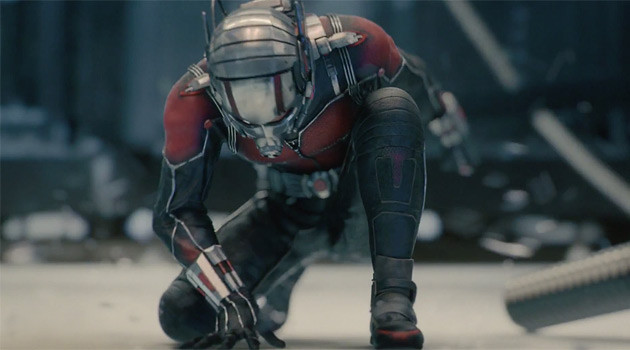 There is also a great deal of fan service shoved into the story to set up future movies, and frankly, it wasn’t worth loosing Wright over. Sure it will be fun for hardcore fans like myself to see certain characters from other movies pop up (one in particular has a surprisingly extended part here), but it is definitely an alienating factor for those who are not as engaged in this universe. It makes this story feel more like a stepping stone to another movie, than one that was plainly worth telling on it’s own merits. With that said, make especially sure to stay after the credits this time, as both sequences shown are an absolute treat.

There is certainly plenty of fun to be had with Ant-Man. It’s visually stunning, often very funny, and introduces a character who could definitely become one of the big boys in the future. However, it is not nearly as good as it could have been, and definitely feels like it’s been cobbled together from a million different drafts of one story. Even as a good movie, it feels like something that Marvel just wanted to get over with before they got to the mega bonanza that is Civil War. With that said, it’s certainly the better of the two offerings they’ve had this year, and if you get your expectations to just the right size, you’ll likely have a great time.

Related Topics:Ant-ManMarvelPaul Rudd
Up Next

Bond Is Back In Awesome Second Trailer For Spectre