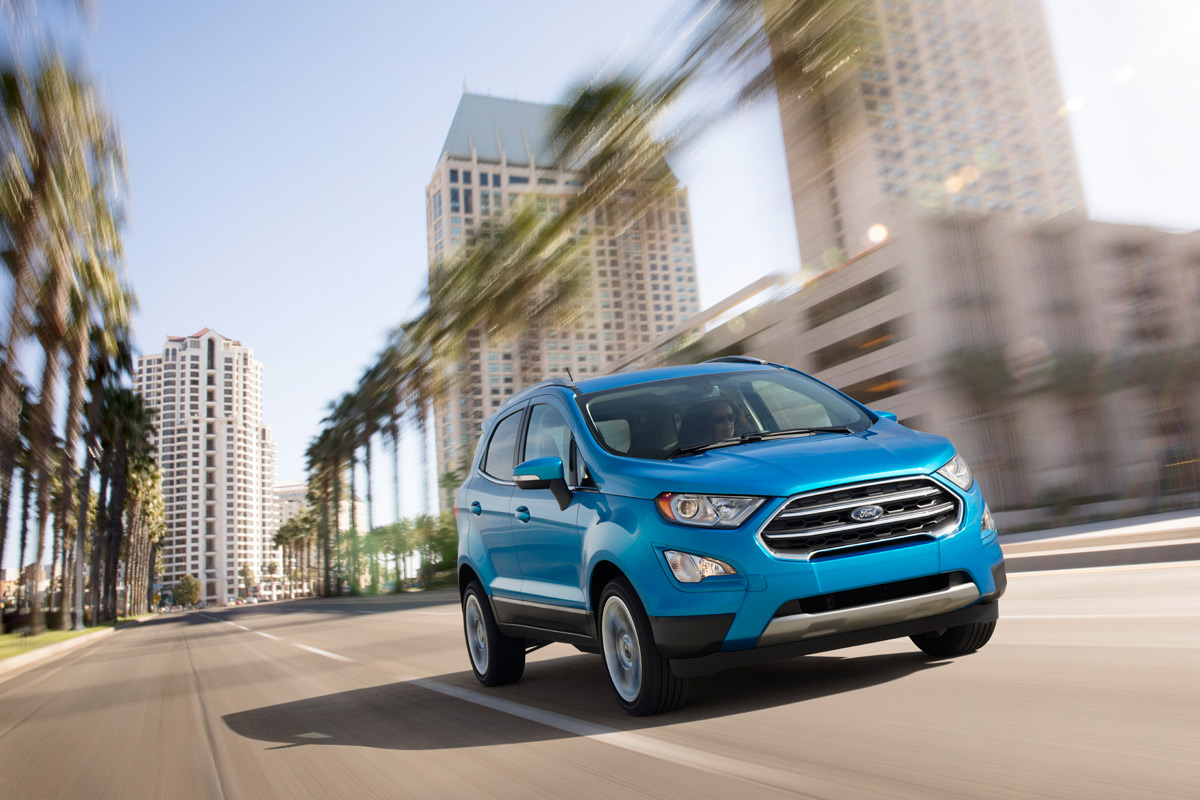 Earlier tonight, Ford unveiled the all-new Ford EcoSport, a compact SUV for those who want “space-saving convenience and SUV capability.” At least, that’s what the press release says. In reality, people aren’t buying cars anymore, and Ford needed a smaller SUV to compete with the likes of the Honda HR-V, Chevy Trax, Nissan Juke, Kia Soul and Jeep Renegade, among others.

According to Ford, subcompact SUVs have quadrupled over the past four years, with more than 276,000 of them sold in 2015. By 2020, Ford expects that volume to double again. So it made perfect sense for them to bring the EcoSport (which has been sold in other parts of the world since 2003) to North America. 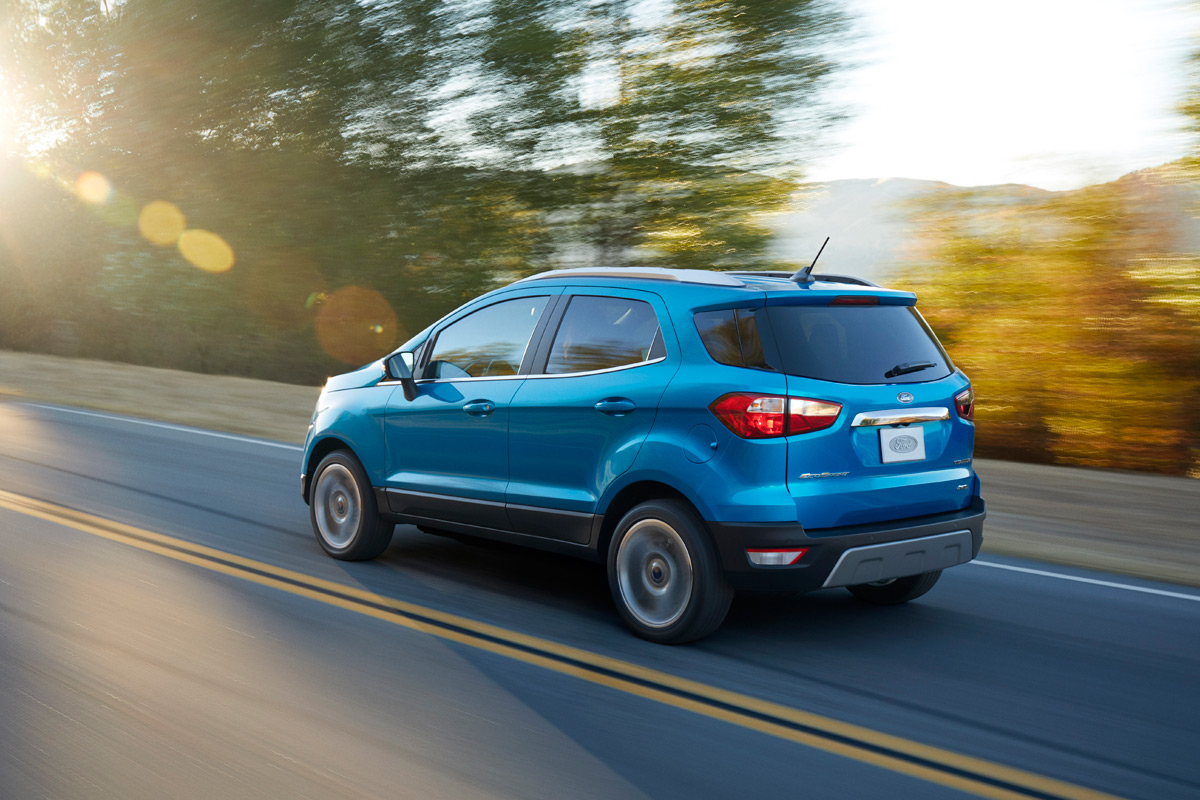 The new EcoSport is being marketed towards younger customers, those who “choose to spend their time and money sharing experiences with friends and family instead of buying more stuff”, with a fitting Go Small, Live Big theme. And naturally, the car is available with loads with technology (SYNC 3 with an 8-inch floating touch screen, Apple CarPlay / Android Auto, SYNC Connect with FordPass, two fast-charging USB ports), along with a 675-watt B&O PLAY audio system for them to rock out to.

Customers looking to stand apart from the crowd will find plenty of ways to personalize their EcoSport. Along with 10 exterior color choices, there are seven ambient lighting options and four trim level offerings – S, SE, SES and Titanium. The personality-packed SES series makes the biggest splash. It features Intelligent 4WD, sport-tuned suspension and steering, and unique styling cues inside and out – including bold copper accents for the interior and sport seats. 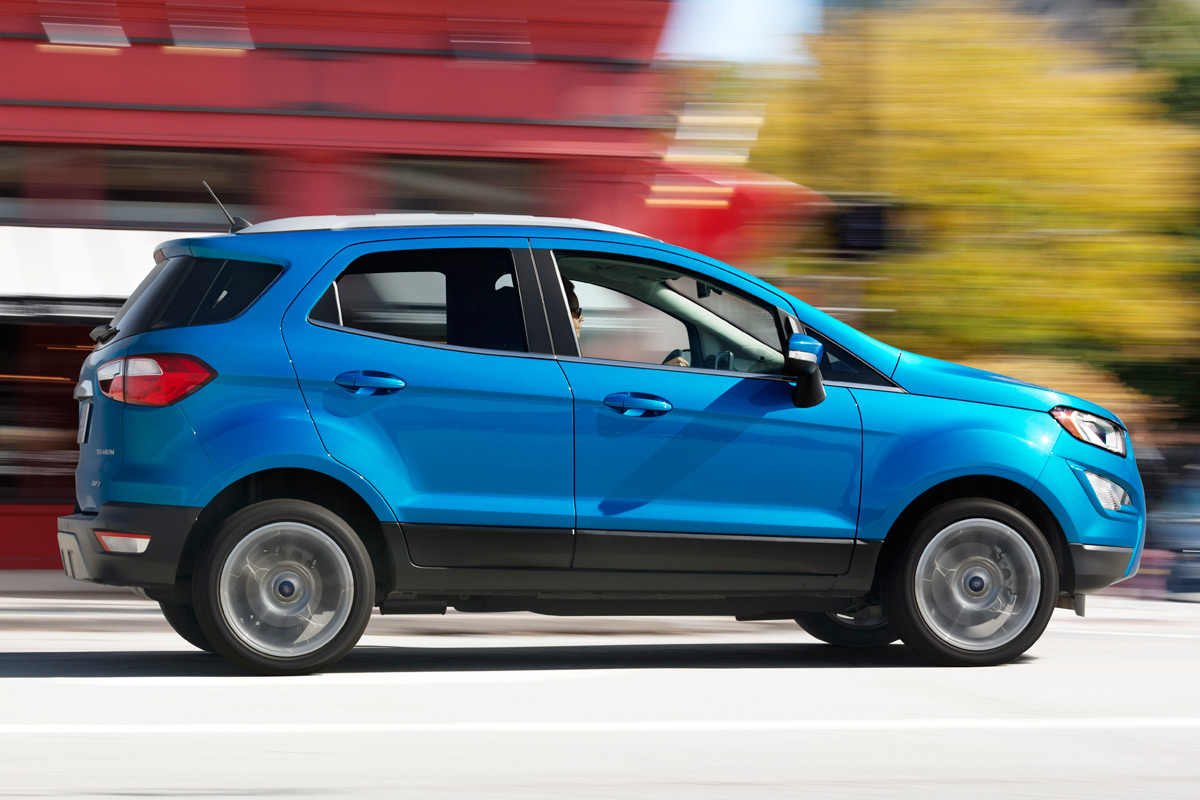 Power comes from either a 1.0-liter three-cylinder turbocharged EcoBoost (for front-wheel-drive models) or a 2.0-liter four-cylinder for buyers who opt for four-wheel drive. Ford hasn’t released horsepower figures yet, but we imagine they wouldn’t be too far off from the Fiesta 1.0L (123HP) and Focus 2.0L (160HP) numbers. Both engines will be paired with a six-speed automatic transmission.

Pricing and trim level specifics have yet to be announced, but we’ll keep you guys posted as this information becomes available. 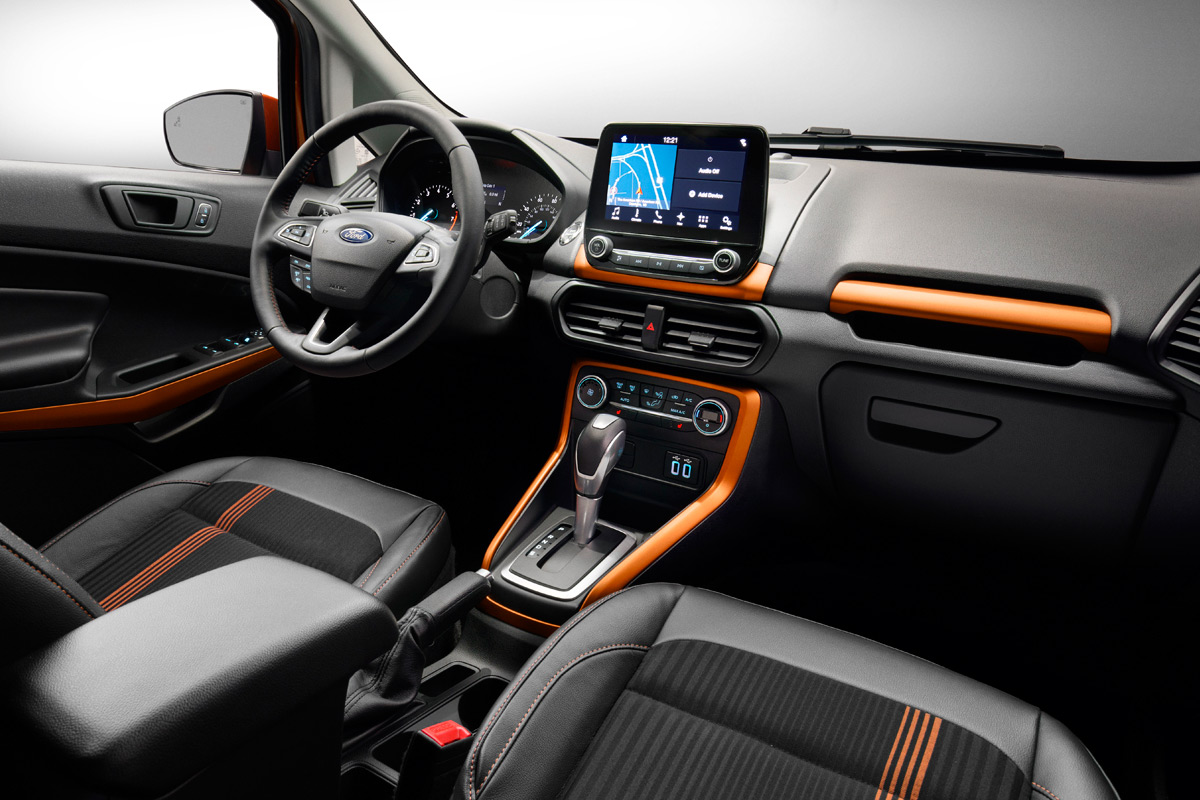 The all-new Ford EcoSport will arrive in dealerships in early 2018.