Lexus has an antidote to this season’s controversial new “roughing the passer” rule. The NFL says that the rule was designed to protect quarterbacks from undue physical harm, but it has sparked a lot of debate among fans, analysts, coaches, and defenders.

The luxury automaker has found a way to countermand the new rule, though, by creating a hilarious video featuring Heisman Trophy winner Matt Leinart that showcases the host of innovations they’ve come up with to make quarterbacks literally untouchable.

Using the new Lexus UX as its basis for the new system, Lexus unveiled six new technologies for combating harm to quarterbacks as the Quarterback Safety System+, or QBSS+. Since, as QBSS+ expert and vice president of Lexus marketing Lisa Materazzo says, is designed to protect the nation’s most valuable resource: quarterbacks. “The launch timing of both the QBSS+ and the first-ever UX with the championship football season was particularly serendipituous,” she said.

The video explains all six of QBSS+’s systems in detail: 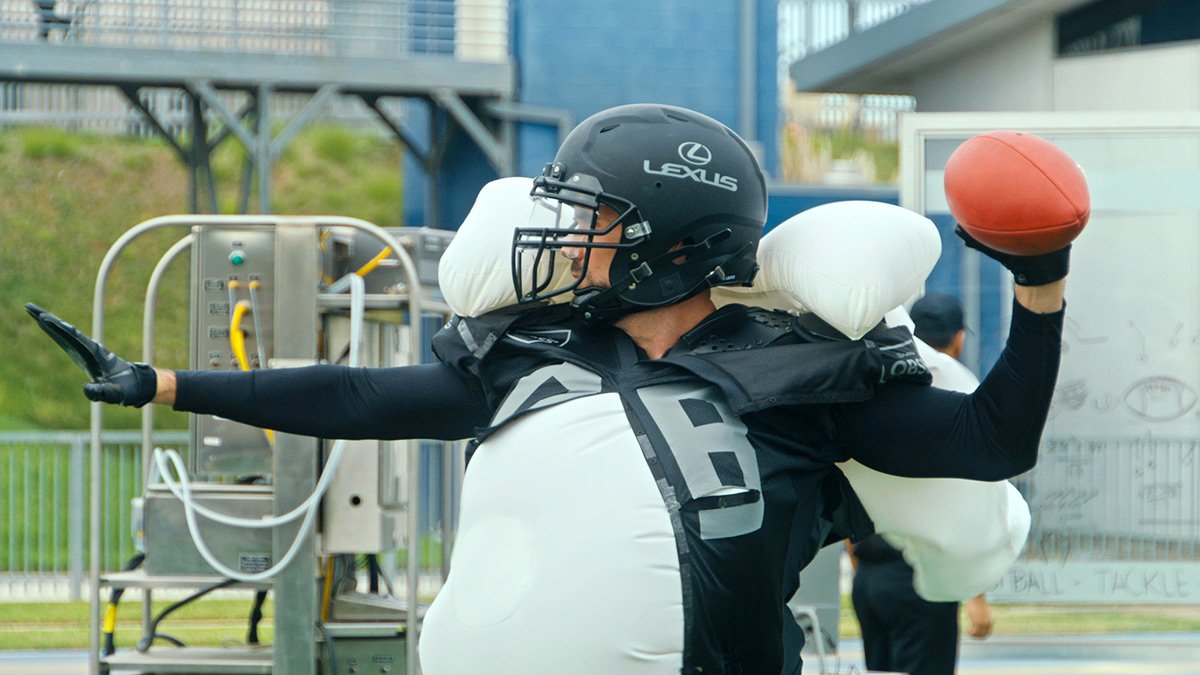 You can learn more about the Lexus QBSS+ at their microsite: https://www.lexus.com/QBSS/

10 Gadgets Every Golfer Should Own