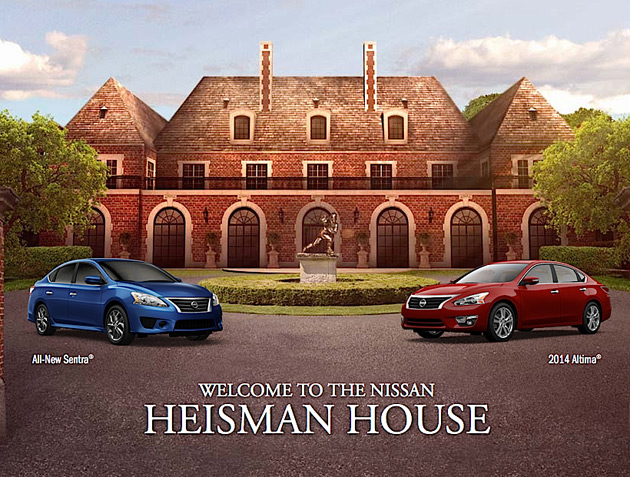 For the third straight year, Nissan and ESPN are giving viewers the chance to imagine what it might be like if the winners of college football’s highest individual honor – the Heisman Trophy – lived together in the same house. The Nissan Heisman House returns in time for the start of the college football season and stars 13 Heisman trophy winners, an interactive website, five vignettes, and a real-life Heisman House Tour that will travel to college campuses throughout the season. The website and vignettes debut on August 31st prior to ESPN’s Saturday Night Football game on ABC, followed by other ESPN platforms throughout the season.

The Heisman House supports Nissan’s long-running sponsorship of the Heisman Memorial Trophy Award, and visitors can once again tour the house, learn about current members and watch behind-the-scenes footage and interviews filmed during the campaign production.