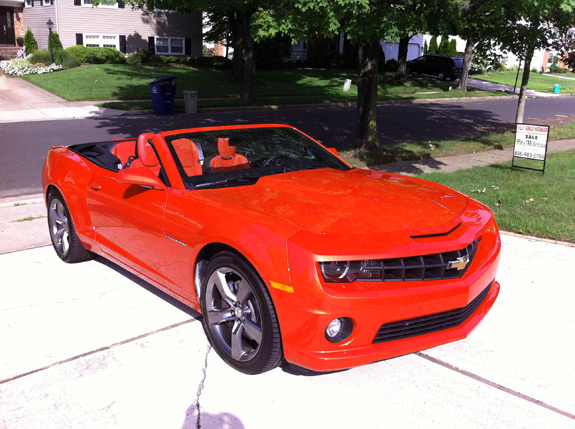 The fifth-generation Chevrolet Camaro has been on the market for a little over three years now, but based on the attention our 2012 Chevrolet Camaro SS Convertible received, you’d think it was a brand new car!

When it comes to looks, Chevy hit a home-run. It’s retro-styling reminds you of a ’68 Camaro, arguably one of the best-looking Camaros of all time. The car turned heads everywhere we went, with complete strangers coming up and complementing me on my “sweet ride”.

Surely the Inferno Orange paint helped this Camaro stand out from the crowd, but I’m pretty sure nostalgia plays a big part as well. Our 2013 Ford Mustang GT loaner didn’t get half the attention the Camaro did, and that’s saying something..

Of course, the real question on everyone’s mind is about the car’s performance, and how it stacks up to the competition. Unfortunately, the 2012 Camaro SS Convertible’s performance didn’t meet my expectations. 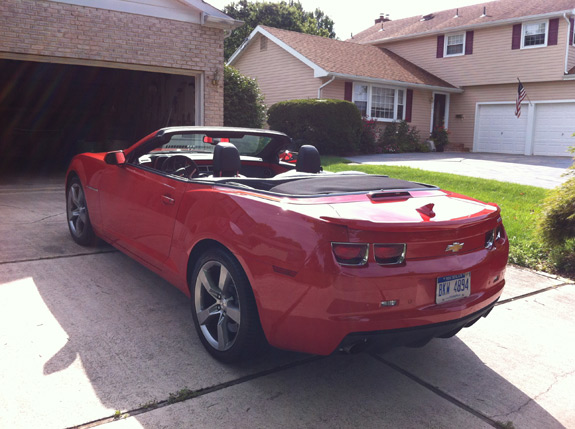 Needless to say, acceleration was a bit slower than expected. We didn’t do any measured testing, but I suspect that car’s 0-60 times are probably in the mid 5-second range, a good second off of the 6-speed coupe’s times.

But that’s not what this model was built for. The Camaro SS Convertible is meant for top-down cruising, with some extra power on reserve if you need it. And if you come in with that mindset, you’ll be satisfied with the car. 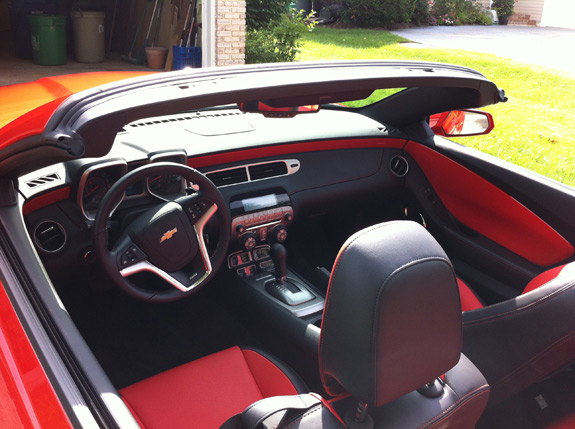 Moving inside, there were two features that really stood out for me:

Likewise, there were a few things that bothered me:

At the end of the day, it really depends on what you’re looking for. If you’re looking for a fun top-down cruiser that’s sure to attract some attention, there’s nothing better than the Camaro SS Convertible. But if you plan on tracking your car, you’re better off looking at a 6-speed Coupe or ZL1 instead. 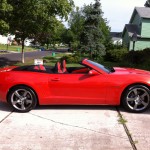 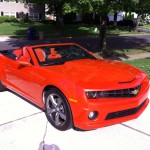 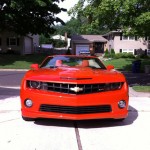 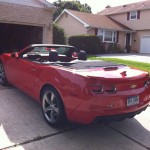 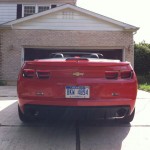 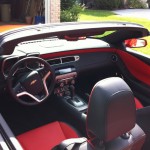 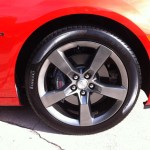 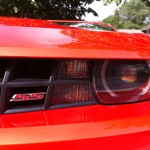