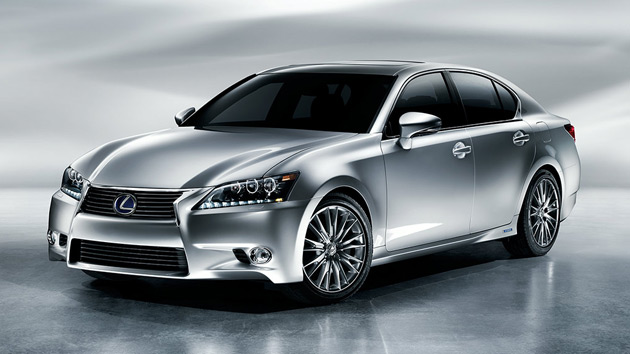 If you’re a regular reader of the site, you’ve noticed that most of the Lexus vehicles we’ve tested over the past year have been F SPORT models. And why not, as the F SPORT models really transform these stately cars from mild to wild with the simple twist of a knob. But we ultimately pay the price when we head to the pump.

That’s why we asked to borrow the 2014 Lexus GS450h over the July 4th weekend. We were traveling out of state to visit some friends, and it seemed like a great way to put Lexus’ hybrid technology to the test while we traveled in style. 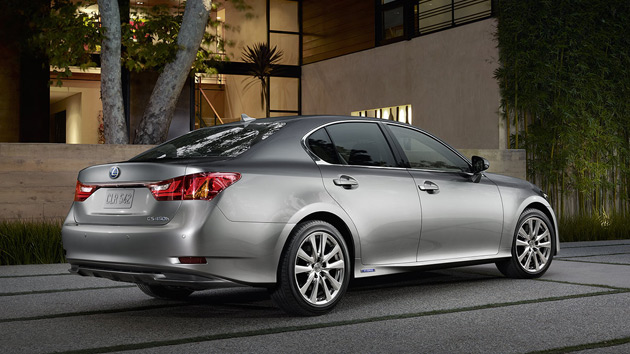 Styling-wise, I think Lexus knocked it out of the park with the GS. I remember seeing it for the first time at the SEMA show in 2011, and I was just blown away by it. The car is a perfect blend of professional and sporty, and it’s by far my favorite in the Lexus lineup from a styling perspective.

Inside, the car just oozes luxury, with tons of leather and wood throughout the cabin. While the regular GS models come with walnut or espresso wood trim, the hybrid GS is decked out in bamboo, a look I wasn’t a big fan of. I get that they’re using an environmentally friendly wood to go with the whole eco-friendly theme of the car, but it just wasn’t doing it for me. 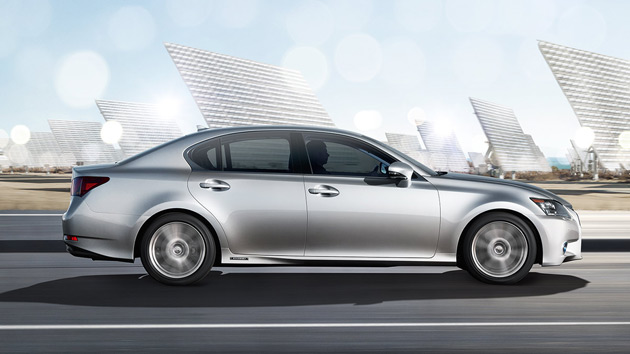 Bamboo wood not withstanding, it’s hard not to fall in love with the interior. The perforated leather seats are heated and ventilated, the front seats are 10-way power adjustable, and there’s even a heated steering wheel for those cold winter mornings. The Lexus Premium Audio System sounds freaking amazing, and the 12.3″ navigation screen is really something else.

On the flip side, I still can’t stand the Remote Touch Interface (this mouse/joystick thing on the console that controls radio and NAV settings), but it’s something I’ve learned to live with, since nearly all Lexus models have this “feature” now. 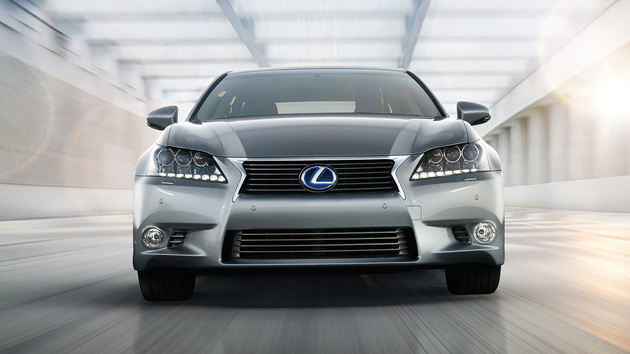 Unlike other hybrid vehicles out there that sacrifice performance in the name of fuel economy, the GS450h actually drives like a normal GS, an impressive feat to be sure. The GS450h is powered by a 3.5L V6 that’s coupled with a high-output electric-drive motor, resulting in an impressive 338hp. That’s good enough for a 0-60 in 5.6 seconds (0.1 seconds faster than the GS350 RWD). So yeah, it’s safe to say the GS450h is no slouch in the performance department.

Despite being 400lbs heavier than the GS350 (due to the batteries and such), we didn’t notice any difference in handling. And the batteries don’t really take up much space at all, the only thing you’ll notice is slightly less room in the trunk (about 1 cu ft less). 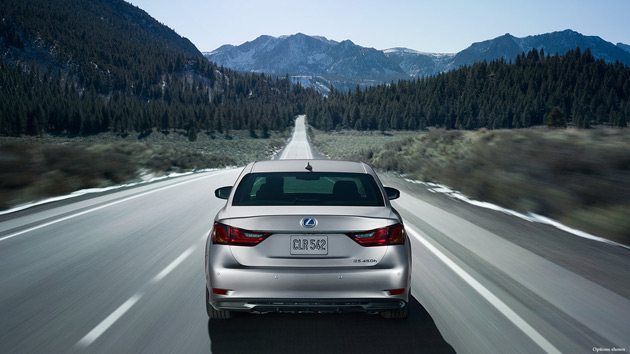 There’s no question that the GS450h returns great fuel economy numbers (especially for a car of this size), but here’s the problem – The hybrid GS costs $12,730 more than a GS350 RWD! 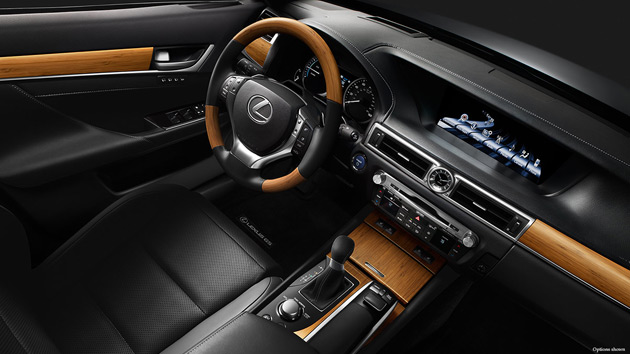 And that’s the rub. No matter how much you drive, you’re never going to be able to make up that $12K deficit from fuel savings, an issue that’s plagued hybrids since they first came out. Nonetheless, eco-friendly buyers with deep pockets will likely choose the GS450h over the 350 so they can do their part for the environment, and I can’t really argue with that.

Overall, we really enjoyed our week with the Lexus GS450h. It’s a great car that does everything right, and if you’re in the market for a mid-size luxury sedan, you should definitely put the GS on your short list.

Related Topics:2014 Lexus GS450hhybridLexus
Up Next

First Look At The 2015 Toyota Yaris