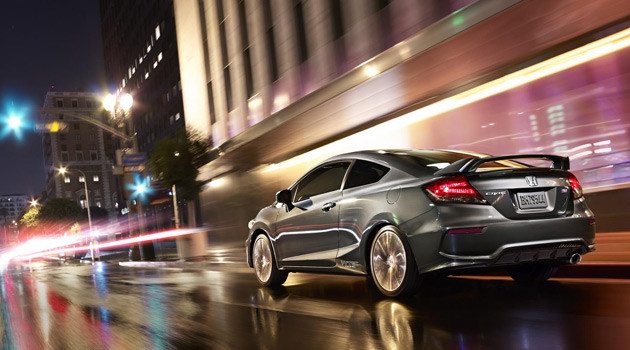 The 2015 Honda Civic Si is a mundane economy car that has been transformed into something fun and exciting. Like a scoop of vanilla ice cream drowned in toppings, the Si aims to make the best of a mediocre foundation. It competes for the attention of buyers who want to make their daily commute a little more entertaining.

The Civic Si is very much a “total package” sort of car. It struggles beat any of its competitors outright, but it makes a great case for itself when you consider the big picture.

The driving experience is what separates the Si from the normal Honda Civic. It is the sole reason you would want to spend the extra money for this car, and that makes it very important.

The Civic Si is very fun to drive, but compared to other options available it probably gets a C+ or a B- in driving dynamics. The Si falls well short of the sheer excitement provided by Ford’s Focus and Fiesta ST models. The Si also cannot hope to match the Scion FR-S and its rear-wheel-drive merits. If you really want to light your pants on fire, there are better cars out there.

All of that said, the Civic is certainly not a bad experience in its own right. Its steering and chassis are very responsive, giving it an energetic feeling on curvy roads. It stops well, has nice throttle response, and a lovely crisp gear shift. Every driving aspect of the Si is good, but none of it seems turned up to the max.

Under the hood the Civic Si employs a 2.4L inline four with a peaky power band. It relies on Honda’s variable valve timing system, V-TEC, which kicks in around 5700rpm. Under that 5700rpm threshold the Si feels pretty much gutless. This means you have to rev it out all the way to 7000rpm if you want to go anywhere in a hurry. High revs are pretty exciting when you’re out driving for fun, and the Si does get moving at quite a good clip. But, in normal traffic, having to aggressively downshift to exploit a gap can get pretty annoying. If you’ve driven a Ford Fiesta ST, you will dearly miss all the mid-range punch from its turbocharged engine. 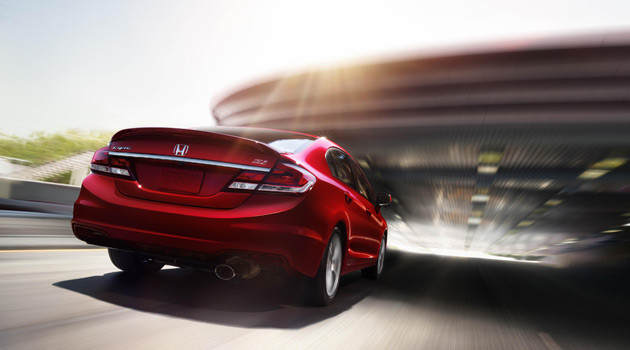 The Civic Si is also one of the only new performance cars you can get well-equipped with a $25,000 budget. Sure a GTI or a Focus ST may have more performance, but you won’t get any of the bells and whistles for the same money as the Civic.

Most of the cars in this segment are hotted-up versions of generic economy cars. Other than for the tiny Scion FR-S, basic practicality is well covered across the board. What the Civic Si has that the others don’t is Honda’s excellent reputation for reliability and build quality.

When you buy a Honda, any type of Honda, you know you are getting a solid product that will work. The fun added to the Civic Si does not negate this, so it’s sort of the “sure bet” option in its market segment. Let’s face it, Ford, Volkswagen and Hyundai have all had far more issues with reliability in the past than Honda. That is an important factor anyone should consider when buying a car.

The Civic Si’s biggest selling point is that it is, at heart, still a trusty Honda Civic. The Si is a car for those wanting a fun daily driver. Honda’s spotless reputation does a lot to make up for any of the Si’s comparative shortcomings. It will be plenty of fun for all but the most discerning driving enthusiasts, and most of them aren’t looking for a brand new car anyway. If you are looking for such a car, the Civic Si is a great way to go.