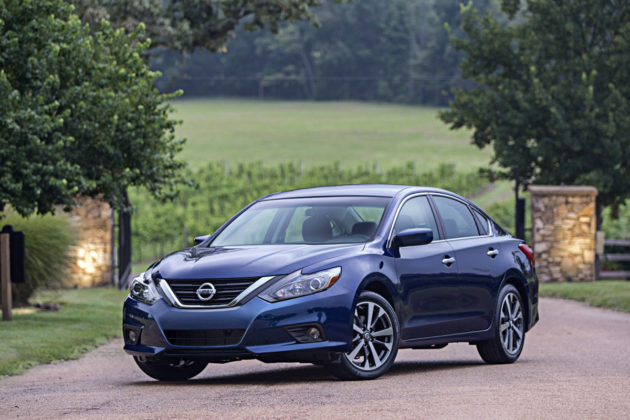 The midsize sedan market is a hotbed of excellence, with the latest-generation of offerings having only been introduced in the last two or three years. So the 2016 Nissan Altima, being three years old, may be seen as “old” by that measure. Nissan gave the car a new refresh, however, and it’s a good one, keeping the car on par with the segment.

For our test week, we drove the sporty new SR trim, which sits in the middle of the Altima’s five trim levels. Most of the content included in this trim isn’t to improve performance, but is instead aimed towards appealing to a more bling-conscious buyer. The SR trim includes larger 18-inch alloy wheels, a rear spoiler, a more sport-tuned suspension that lowers the wheel well gap to the tires, shift paddles on the steering wheel, and sport seating. Several other useful items like keyless entry/ignition, automatic headlights, Siri Eyes Free, and a rearview camera are also included. All for about $25,000 before delivery. Our test model also included the optional LED headlamps and upgraded floor mats which boosted the price to $26,000 and change. 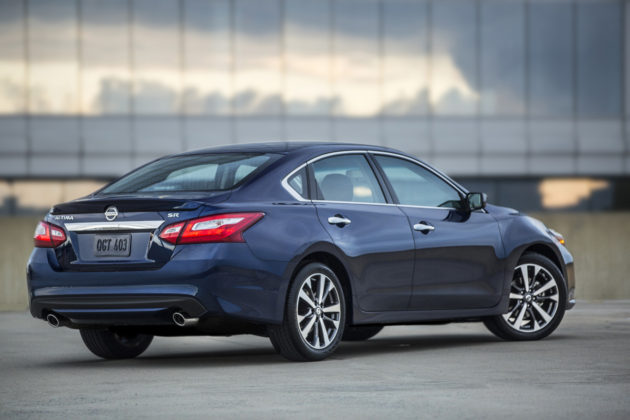 The 2016 Altima is powered by a 2.5-liter four-cylinder engine that outputs 182 horsepower and 180 pound-feet of torque to the front wheels. A continuously variable transmission (CVT) is standard, but it simulates stepped gearing to give drivers a more traditional feel. Fuel economy is rated at 31 mpg combined, though the SR model drops that slightly to 30 mpg combined due to transmission vector changes for the sportier ride. A 3.5-liter V6 is available in several Altima models as well. Even with the four-banger, though, our Altima SR managed sub-8-second 0-60 mph times, which is very good for a four-cylinder sedan.

Most of the updates to the new Altima are to exterior design, which brings it up to speed with the rest of the Nissan sedan lineup. Most obvious is the V-shaped grille and narrower head and tail lights to match. The body is largely the same as before, though some subtle changes can be seen in the curvature of the panels. In all, the new exterior is much more appealing and less drab than was the previous design. 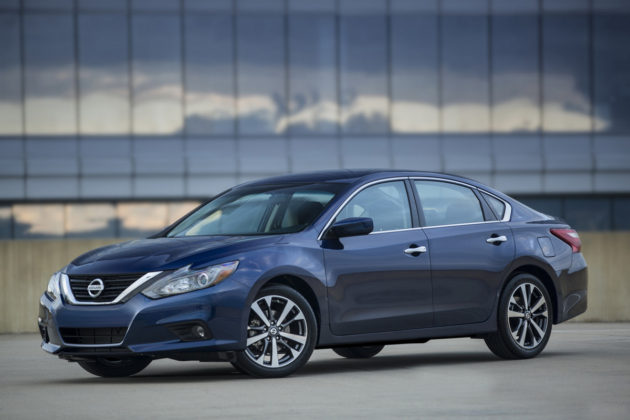 Inside, though, the 2016 Altima is largely the same as before. Under that unchanged (though roomy and well-fit) cabin, though, are some excellent technology upgrades. The Altima now has adaptive cruise control as an option (standard in some trims), for example, as well as forward collision warning and mitigation. Sadly, no changes have been made to the Altima’s infotainment, which remains good, but a bit outdated compared to rivals like Kia and Chrysler.

Of course, the Zero Gravity seating that we’ve come to love in Nissan vehicles is still in the Altima where it debuted three years ago. The rear seating is some of the best we’ve seen thanks to its higher positioning, though this means headroom can be cramped for taller folks. The wide and low opening for the trunk is another bonus, making the 15.4 cubic feet seem larger and more accommodating. 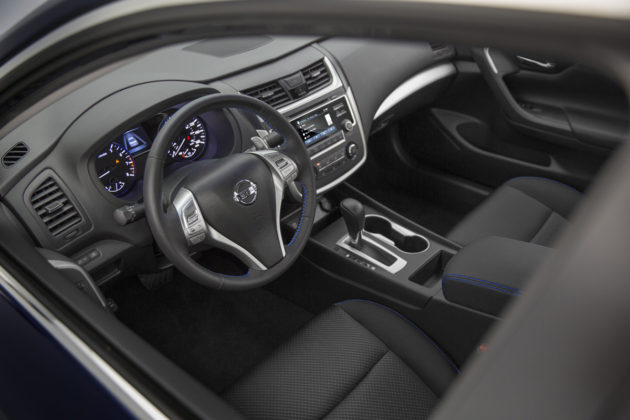 All in all, it was the 2016 Nissan Altima SR’s drive dynamics that won us over. In this package, the Altima has tighter turning and a faster-feeling pace. The noise levels in the car, especially during acceleration, are a bit high, but the CVT’s tuning is very well done here and in the SR model, it’s quick to ramp up RPMs to boost engine power output to the wheels. We also noted that the sportier suspension of the SR mitigates the tendency for front-wheel slip and understeer in the standard Altima models. Something that those who like to press the corner will appreciate.

The 2016 Nissan Altima is a good car and an above-average contender in the midsize sedan market. With the SR model, though, there’s more to love. Definitely worth putting on the shopping list.