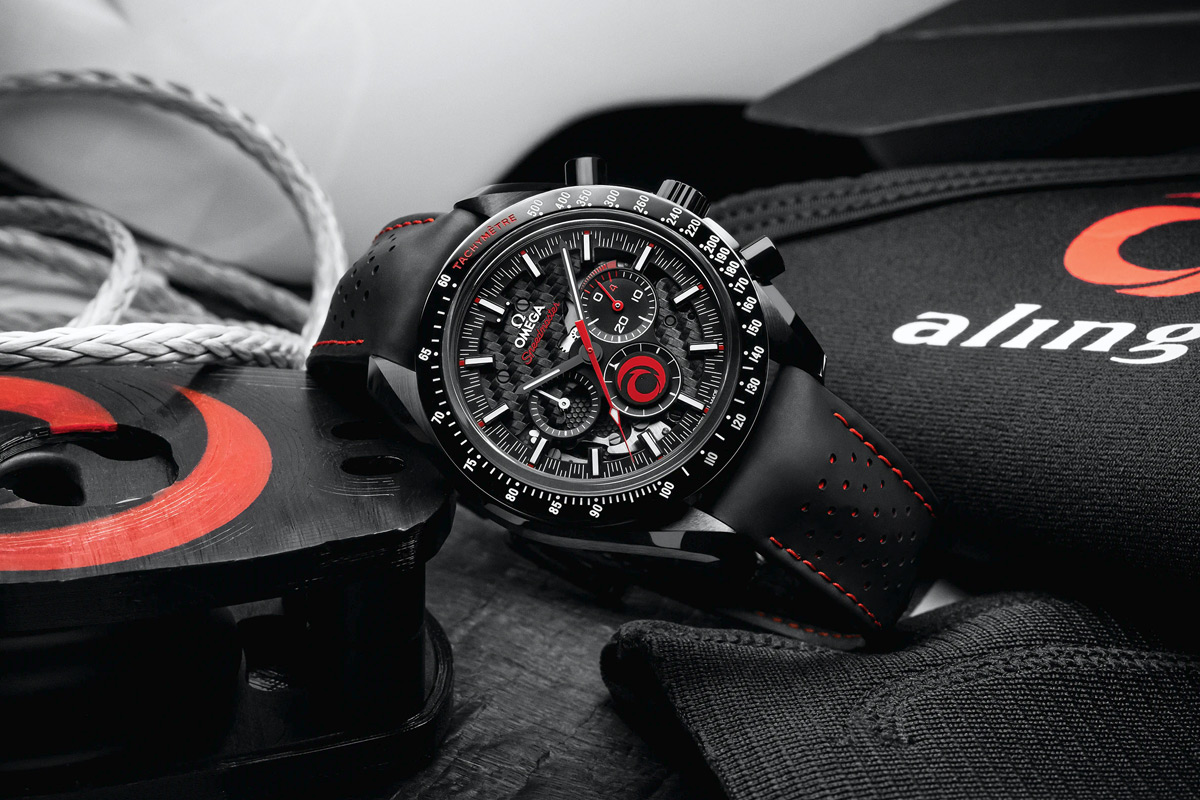 Last year, watchmaker Omega announced its partnership with Alinghi, a sailing team created in 1994 by Ernesto Bertarelli. Given Omega’s long-time involvement with the America’s Cup, it’s a natural fit. To commemorate this unique sailing collaboration, Omega has released a new special edition of its Speedmaster Dark Side of the Moon, which features design cues intended to reflect the high-tech world of modern competitive yachting.

The Speedmaster Dark Side of the Moon Alinghi, which retails for $10,800, is a watch that demonstrates the same values and qualities that both partners share. 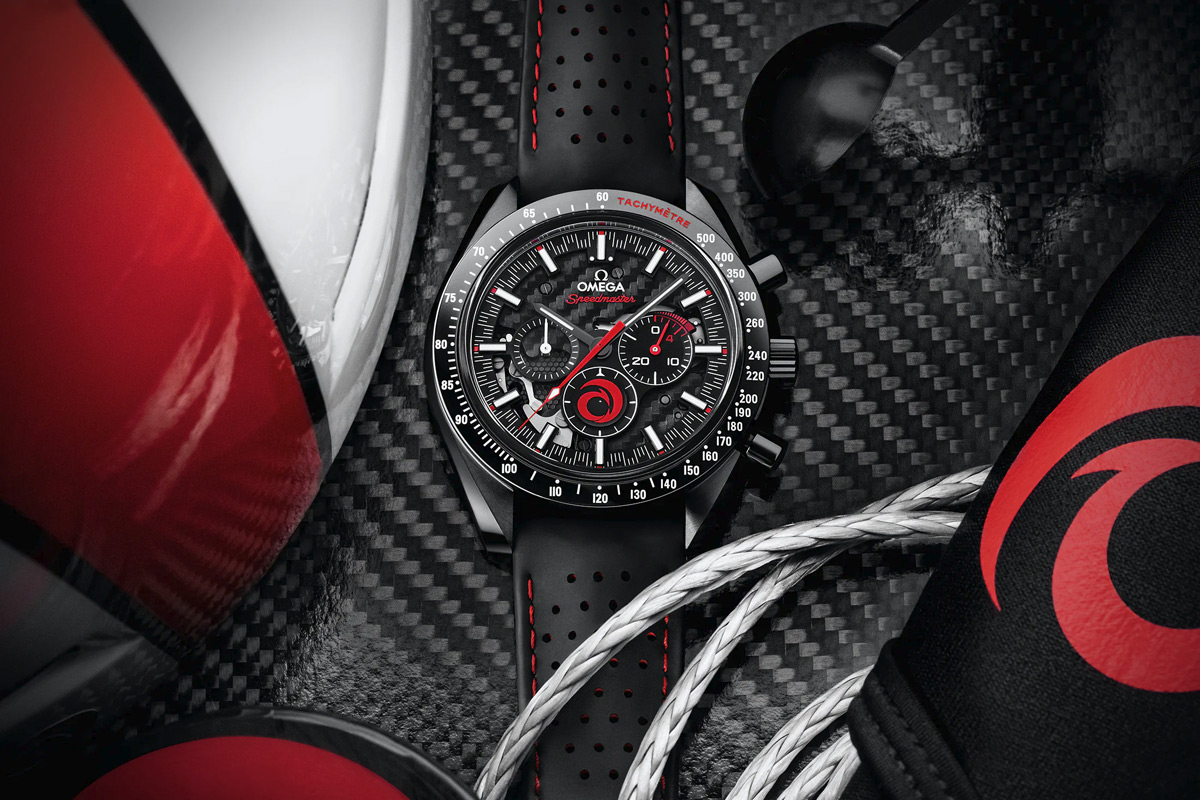 As explained by Raynald Aeschlimann, President and CEO of Omega, “The new watch is about two great Swiss brands combining their passion for innovation and sailing. To match Alinghi’s state-of-the-art boat creation, we’ve harnessed some truly impressive technology, along with the best materials and a very original design concept.”

The choice of Speedmaster perfectly reflects the fast boats that fly across the water. Perhaps most impressive is the watch’s expertly decorated Calibre 1865. The manual movement is ideal for sailing crews due to its lighter and thinner design. To enhance the movement, Omega has taken inspiration from Alinghi’s new TF35 catamaran. Using laser ablation, the mainplate and barrel bridge have been given a honeycomb effect, similar to the interior of the ALINGHI boat’s carbon hull. The same laser ablation technology has then been employed to decorate all other bridges with a black carbon pattern, also inspired by the carbon that is used for the boat’s hull. 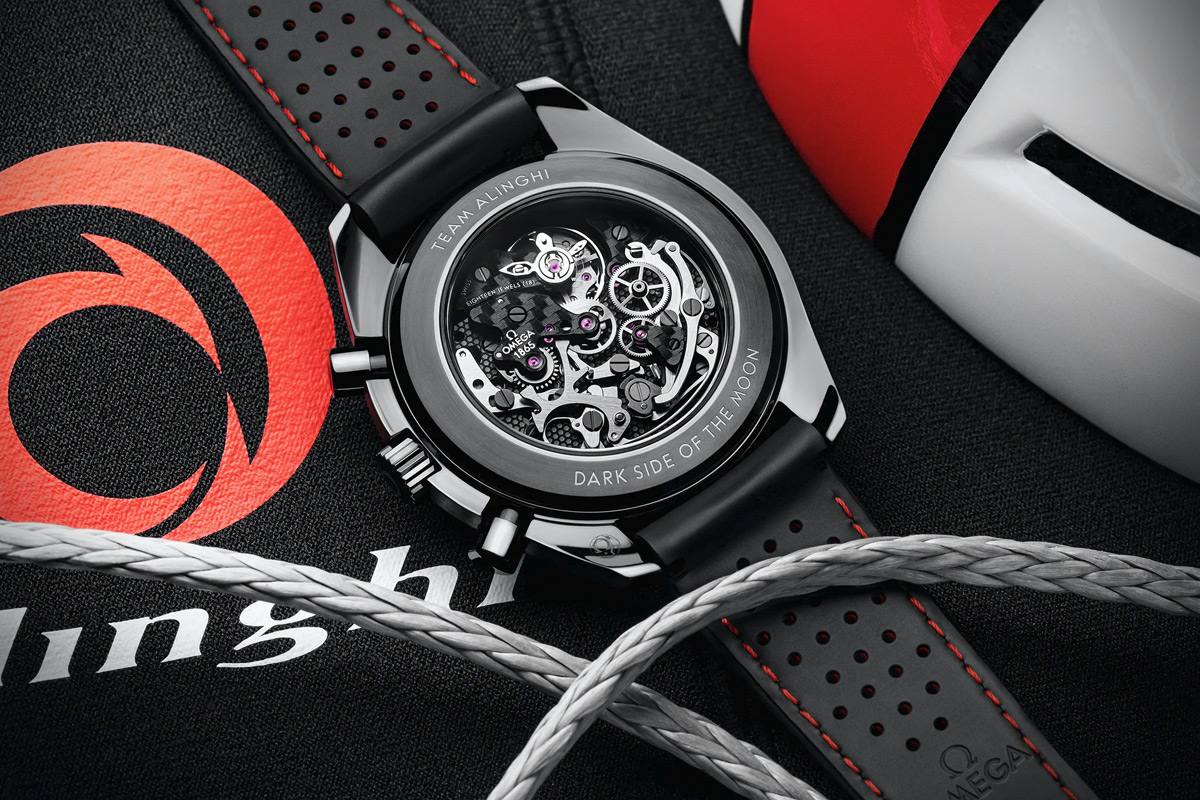 For the overall color coding, Omega matched the watch with the Alinghi logo, which includes red to represent passion, and black for technology. This can be seen through features such as the perforated black and red rubber strap, as well as the 44.25 mm case in black zirconium oxide ceramic. Along with a tachymeter scale in Super-LumiNova, the outward design is also notable for the ALINGHI logo on the stop/start pusher, which has been created in red varnish.

Two of the watch’s subdials are also worthy of attention. At 3 o’clock, a 4-minute or 5-minute tactical time display has been included in red, helping with precision on the water, while the traditional hand of the 6 o’clock subdial has been replaced with a sandblasted and anodized aluminum disc, which features the Alinghi logo transferred in red. The team’s logo represents the letter “a” and is inspired by two boats churning the seas before the start of a match race. The logo rotates on the watch when the chronograph function is used. 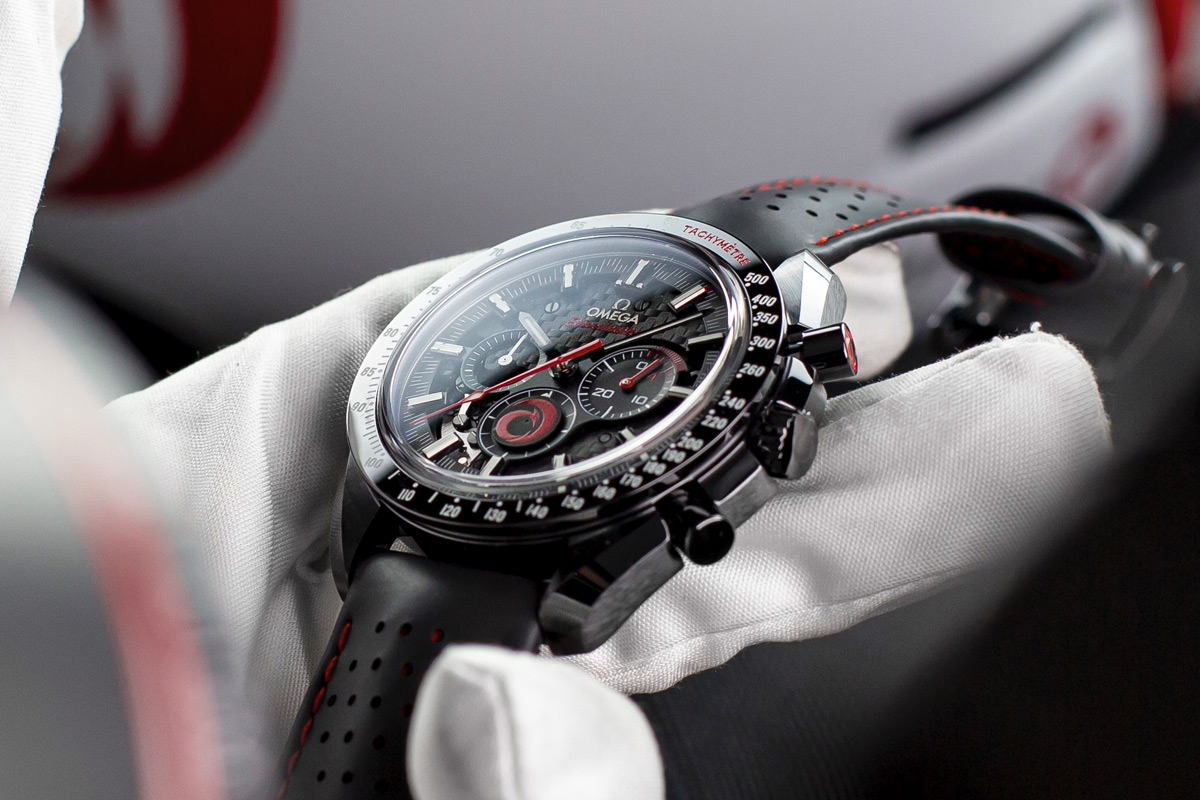 Ernesto Bertarelli, Founder and President of Alinghi, says, “It’s been an immense pleasure to collaborate so closely with Omega on this wonderful new timepiece. Throughout our history, we’ve been very aware of the watchmaker’s incredible expertise in sports timekeeping and passion for sailing. So, it is a very special moment to have worked on a watch together and now see the exquisite results. It’s the perfect start to our relationship and a real sign of more to come in the future.” 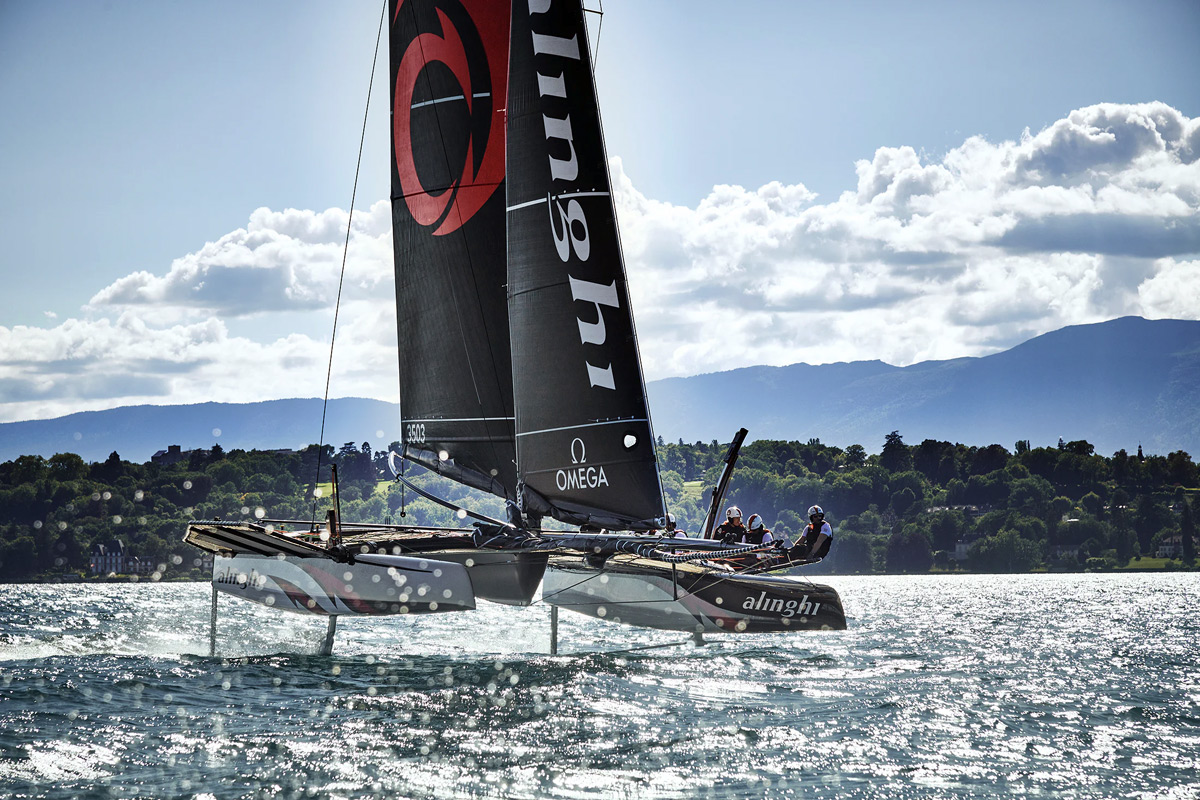 What do you think of the Omega Speedmaster Dark Side Of The Moon Alinghi?

Related Topics:AlinghiOmegaOmega Speedmaster Dark Side Of The Moon Alinghiwatch
Up Next

Don’t Wear a Watch? Here Are Six Reasons Why You Should