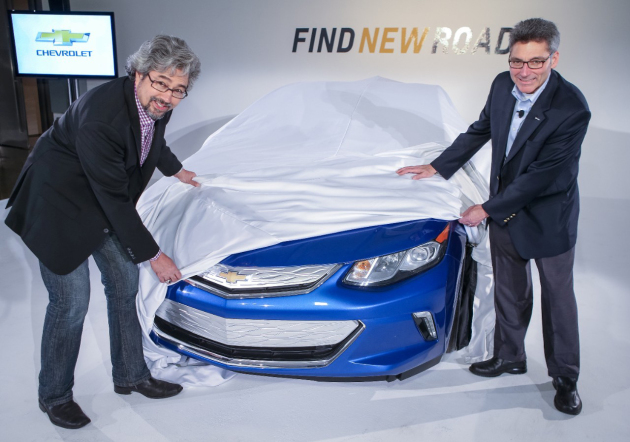 Chevrolet has announced some big changes to the Volt in the last few weeks, all of which are intended to make the Volt even more popular with electric vehicle fans and green-minded consumers. Here’s the gist of what Chevy is changing on their signature plug-in hybrid.

This was the biggest announcement to come from Chevy. The new engine will be a 1.5L, four cylinder offering, that this time around will run on regular gasoline, compared with the previous 1.4L model that, to work at its most efficient, required premium. This bigger engine is expected to deliver around 113 hp to the wheels and offers around 108 ft-lbs of torque, a vast improvement on the old 84 ho and 93 ft-lbs of torque.

It’s expected that this new engine will give the Volt a much higher top speed than the 100mph that the current model offers and a better 0-60 speed (currently in the 9 – 9.2 seconds range depending on what’s driving it), the technical team behind the Volt has also stated that the low speed acceleration will be improved by around 20%. But isn’t this beside the point? The purpose of this vehicle is to be efficient, so will the larger engine be able to manage this? That all comes down to the hybrid technology that is incorporated into it.

Aside from the new engine, Chevy has also announced that there will be a newly designed system for the electric motors in the car. This generation will have two motors, both capable of powering the car and working as a generator for the electric supply. Chevy declined to give a figure on the power output of these motors, leading you to believe that they are still in development, but there are rumors circulating that this new system could be 5-12% more efficient than the last. 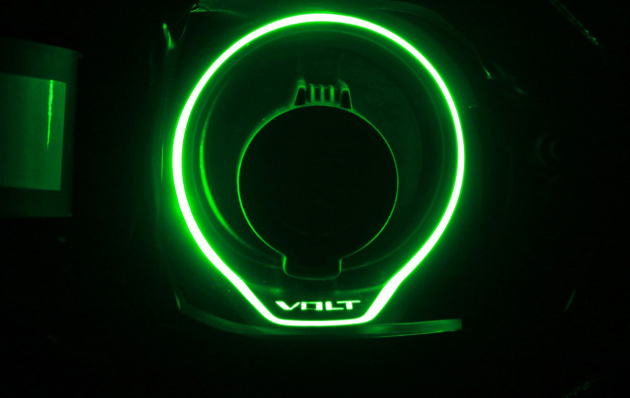 Normally the stumbling block for plug-in hybrid cars, Chevy has announced a new lithium-ion battery reported to be around 30 pounds lighter than the old version. They also stated that this would consist of fewer cells than the old version; a total of 192 cells are expected to be in the new battery compared to 288. Chevy also stated that this new battery, the cells of which are being produced in Michigan, has a 20% increase in capacity. There’s no word from anyone to state what this means, but it is safe to assume that this will give the vehicle the ability to travel further using the electric power.

There is more to a plug-in electric hybrid than just gas mileage and carbon dioxide emissions; you also have to factor the environmental impact of vehicle production. Chevy has announced that the new motors will have a reduced impact on the environment by cutting the amounts of rare Earth metals used in the new Volt, taking nearly 5lbs of these rare metals off the electric motors alone.

GM is also working to make the factory that produces the Volt more efficient – using less electricity and water, and generating smaller amounts of waste. GM is also focused on making sure the Volt can be recycled.

By looking at the whole cycle of vehicle production, Chevrolet is trying to promote the new Volt as a green option that does more than just save gasoline.

Overall, The 2nd Generation Volt Seems To Be A Big Improvement

While a lot of the details are still unknown (the new Volt’s pricing point, battery only range, etc.), it’s looking to be quite the promising update. From a more powerful engine to a battery pack that can hold more energy to electric drive motors that use less power, the new Volt is sure to be even more comparable to gas powered cars in terms of performance, yet offering substantially better gas mileage.

We’ll have to wait a few weeks before Chevrolet releases the official numbers for stuff such as mileage and emissions but to be honest, it’s looking like there may be a vehicle out there that can challenge Toyota’s Prius for primacy in the hybrid market. What’s more, the new Volt might challenge the Nissan Leaf and (dare I say it) Tesla Model S, depending on range and price.

Related Topics:2016 Chevy VoltChevrolet
Up Next