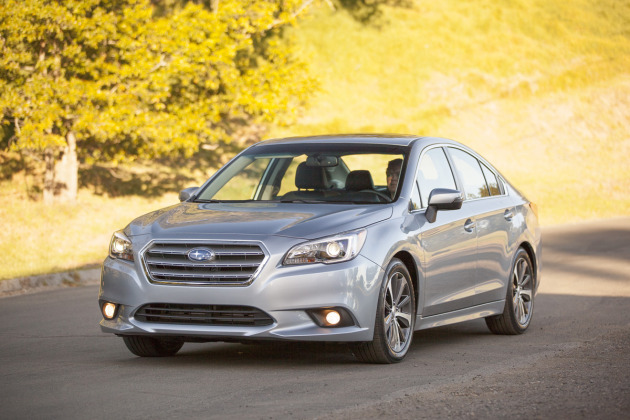 The Subaru Legacy is a great sedan and always has been. Now, the all-new 2015 Subaru Legacy becomes incomparable with some of the best overall design we’ve seen in the midsize sedan segment in a long time. It looks good, drives well, has great fuel economy, and still sports that legendary Subaru AWD.

The exterior look of the new Legacy is beautiful. It’s a mixture of European and Japanese styling that really comes together well with accent lines below the beltline and across the running boards plus the new Subaru grille and hood accents that make this a very refined-looking Legacy. The 2015 Subaru Legacy is a nicely blended combination of contemporary appeal and historic feel. 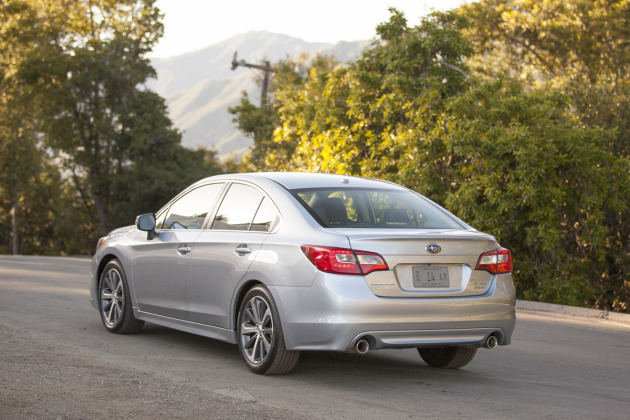 Inside, the passenger’s compartment is also much improved. Comfort is now standard with better seating, more upscale interior details, and all the versatility this sedan has been known for. With the improved ride and dynamics, the jolting AWD days of the Subarus of yesteryear are gone. Everything inside the Legacy has expanded as well, increasing passenger space  especially in shoulder room, where the previous-generation Legacy fell short.

Subaru is known for having simplistic layouts and dash clusters and that’s kept here. Some will not like this, but most find it refreshing and uncluttered. In this 2015 Legacy, the center stack and easy-to-use climate and radio controls are well-placed and no longer appear cheap. What’s more, the interior ride is far quieter thanks to a host of improvements in engine mounting and window glass upgrades. 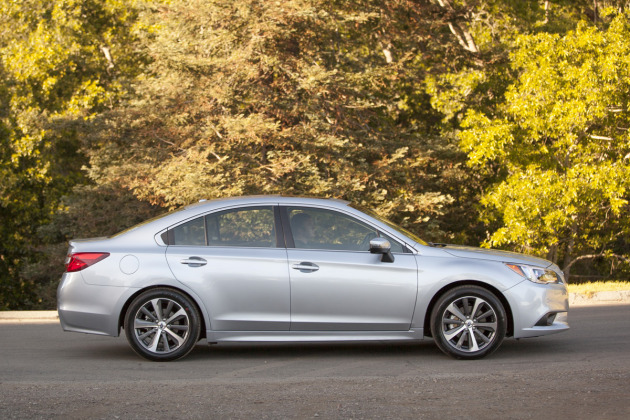 Both engine options carry over so a four- and six-cylinder BOXER-style is available with the Legacy. We drove the more powerful 256 horsepower 3.6R with its 29 mpg highway rating. The newly-tuned engine has better efficiency and better output while the upgraded continuously variable transmission (CVT) is smooth and very well done. The four-cylinder 2.5L has a 30 mpg combined rating and is still peppy, but won’t break any records passing trucks on the interstate.

The 2015 Subaru Legacy is well-rounded and offers a solid feel and nimble handling characteristics. The redesigned chassis and the addition of Active Torque Vectoring as standard has really gone the extra mile in that regard. The 2015 Legacy is not as sporty as the Mazda6 and not as pretty as the Fusion, but it’s a solid all-round entry in the midsize segment. 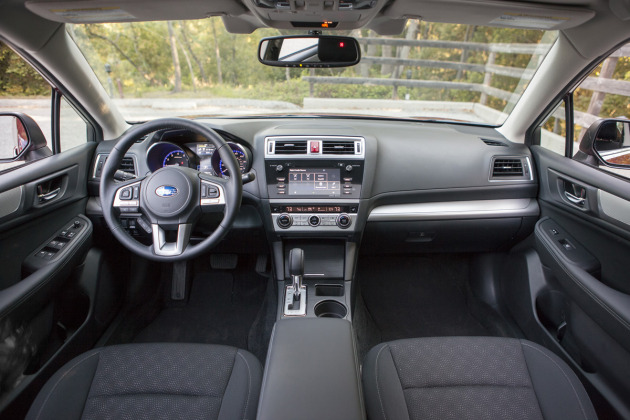 Four trim levels are available for the 2015 Subaru Legacy, starting with the 2.5i, then the 2.5i Premium, then the 2.5i Limited and the 3.6R Limited (as we drove it). The numbers are engine size references. Most come well-stocked for the price tag. Our top-fit model with all the goodies rang in at $33,380 and included some great technology like Subaru’s EyeSight adaptive cruise control and several active safety systems, including Pre-Collision Braking and Steering Responsive fog lamps.

To sum it all up, the 2015 Subaru Legacy is roomier, more fuel efficient, has a better driving dynamic, and is more upscale than ever before. In the midst of a highly competitive midsize sedan market, Subaru is stepping up and swinging hard for the win.

Related Topics:2015 Subaru LegacySubaru
Up Next

Speedy and Quiet: The New Chevy Volt Is Getting A Better Engine