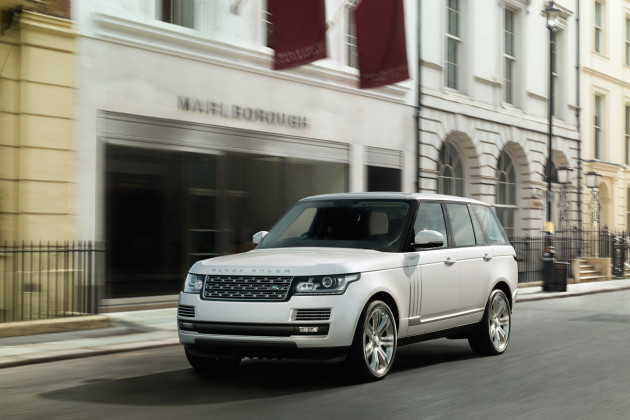 When I was talking with a Baja race champion several years ago, the conversation inevitably went to factory-equipped off-road options. He said “There’s Jeep [meaning the Wrangler] and there’s Rover. Everything else just tries to look competent by comparison.” He had a very good point. The inevitable comparisons in off-road vehicles always come down to mentions of Jeep and Rover. They are the benchmark.

A week in the 2015 Range Rover LWB (long wheelbase) proved that in luxurious capability, there are no comparisons.

The Range Rover is the flagship model that needs no designation as it is THE vehicle most associated with the name. The styling is classic without being outdated and the shark gills at the front wheel wells, squared curvature of the bodywork, and hatchback-tailgate combination are immediately recognizable as Land Rover’s premium Range Rover brand. 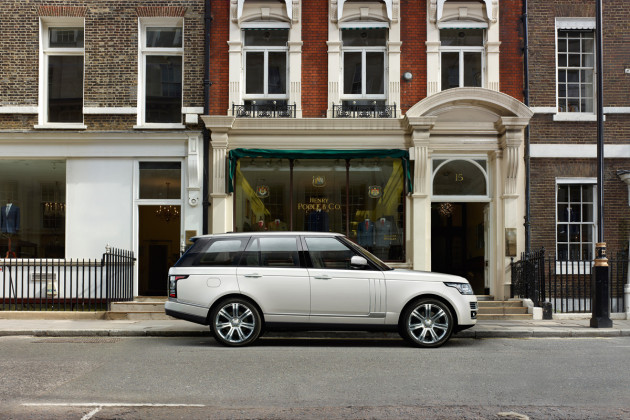 There are several trim levels in the Range Rover series, starting with the HSE and the special 2015-only Autobiography series. The standard wheelbase seats five and has the off-road credibility that Rover built its name upon. The long wheelbase (LWB), as we drove it, adds a lot of interior space by pushing the wheels apart about four more inches. This doesn’t add a third row, one of the only things we could knock the Rover for.

The base engine is a capable supercharged 3.0-liter V6 and the four-wheel drive Terrain Response System. We had the Range Rover Supercharged LWB, which is powered by a much beefier supercharged V8 and an eight-speed automatic transmission in full-time four-wheel drive and Terrain Response 2. This setup has the 5.0-liter V8 outputting a massive 510 horsepower and 461 lb-ft of torque. This means that this big SUV sprints to sixty in only 4.7 seconds. That’s rivaling many sports cars.

Fuel economy, if anyone who owns a Range Rover Supercharged cares, is 16 mpg combined (14 in the city, 19 on the highway). 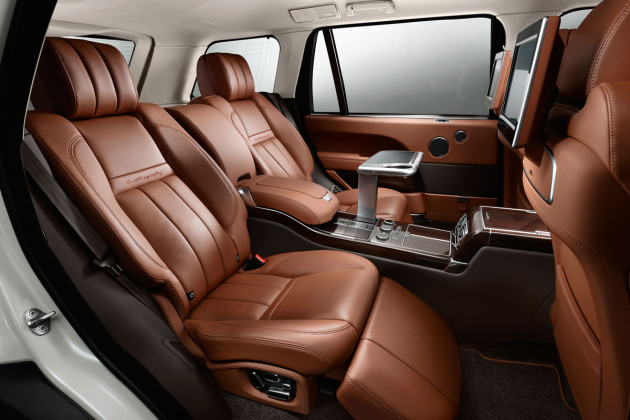 The interior is where it’s all at with this beast. The LWB means that the back seats are executive-style with copious amounts of legroom. To the point that even when lounging back, one cannot touch the front seats with his feet. The interior is the best you can imagine and will make you want to move in and call it home. Every luxury ideal you can fathom is included. Massaging seats, a refrigerator in the arm rest, an extended panoramic sunroof, power window blinds.. All there. And that just gets it started.

At $118,501, delivered, our test model was better than most penthouse Vegas apartments in comfort and quality. Yet out on the road, the Range Rover Supercharged is like driving a sports sedan, although it is just a wee bit taller. It handles very well for a truck-based rig and accelerates like mad. Beautiful tones emit from the engine when you do so.

Off the road, the Range Rover has all of the chops you’d expect. Our only concern was the ground clearance that the longer wheelbase lacks, due to the wider space between axles meaning less clearance on uneven surfaces. This was an issue, but it didn’t detract from our enjoyment and occasional amazement at how well this rig will climb, dig, and bounce.

There are no comparisons to the 2015 Range Rover. It’s expensively awesome.