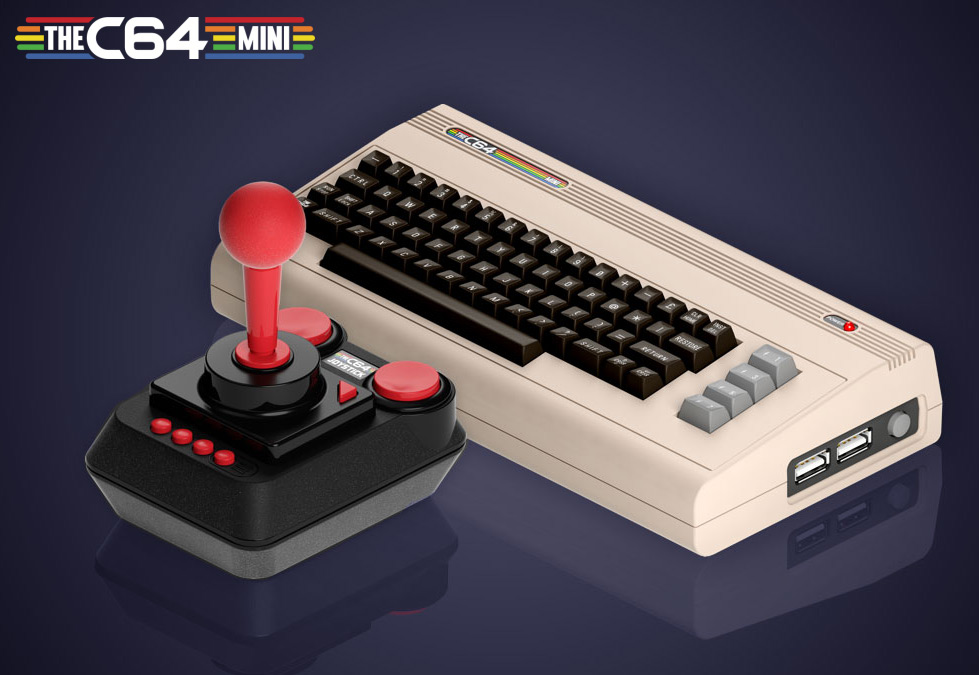 There’s no question about it, retro gaming is all the rage right now. Nintendo kicked things off with the release of the NES Classic, followed up with the SNES Classic, which were both huge sales juggernauts, prompting people to stand in lines for hours on end in hopes of getting one, or pay huge $$ to score one on eBay.

Me, I never managed to find an NES Classic, and I didn’t want one bad enough to drop $200+ on one. And I never played Super Nintendo growing up, so that was of no interest to me. But when I heard that they were releasing a mini, modernized Commodore 64, it brought back a rush of memories from my childhood!

I had an Atari 800 computer, but my buddy Chad had a Commodore 64, and we would spend hours on end at his house playing games like Lode Runner, California Games, and Impossible Mission II. Yeah, it would take forever to load some of these games, but it was totally worth it, teleporting us into an 8-bit world that captured our imagination. Those were the days..

Given how many people had Commodore 64’s back in the day, it makes only sense to release a modernized, mini version of the C64, and that’s exactly what Retro Games Ltd. is doing. THEC64 Mini will be roughly half the size of the original “bread-bin” style Commodore 64, and it will connect directly to a television through a single HDMI cable.

THEC64 Mini will include 64 licensed classic games built-in, including games from some of the most highly-acclaimed developers of the time, such as Epyx, Gremlin Graphics, Hewson, and The Bitmap Brothers.

Related Topics:Commodore 64THEC64 Mini
Up Next

‘Session’ Is The Skateboarding Sim Fans Have Been Waiting For