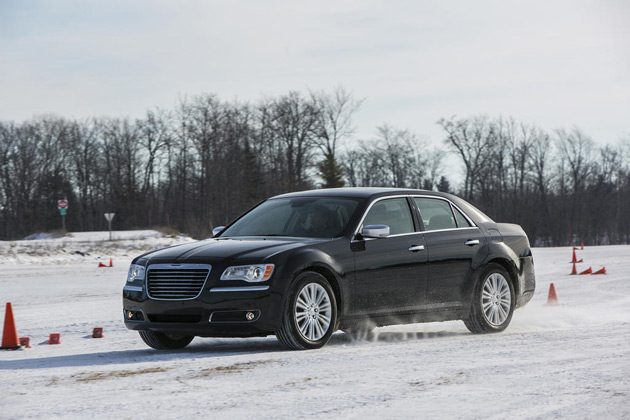 There aren’t many cars left that can lay claim to the nostalgic title of “big, American sedan.” Despite being owned by Italians and being built in Canada, the 2014 Chrysler 300C AWD fits that description perfectly. Back in the day, cars were made to be big and comfortable and were able to drive on roads that make even the pockmarked pavement in the inner city look easy. The 300 continues that tradition while adding modern style and comfort.

When the 300C arrived in our driveway, the day was relatively clear for February and the beautiful Deep Cherry Red Chrysler looked impressive. Despite its gangster-like appearance (and the cavernous Jersey three-body trunk the car sports), the 300C AWD is far from being a low rider rat-a-tat ride. Though the Beats Audio package included with this car might help perpetuate that reputation regardless. 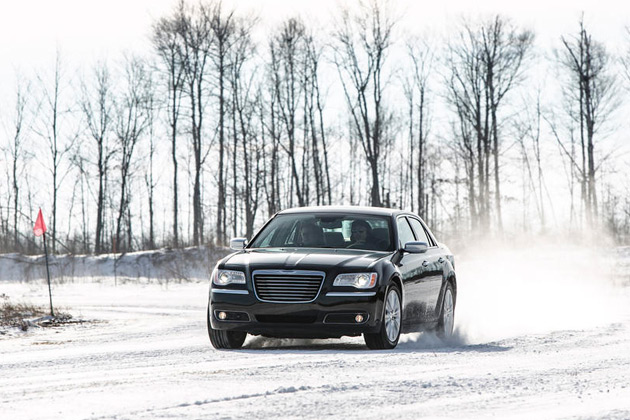 What the 2014 300C AWD has is a beautiful exterior and near-perfect interior. At a price point of about $44,675 as we drove it (fully loaded, base AWD price is $39,195), the big Chrysler had better offer some luxury to go with those great looks. And it does.

Seating is huge and comfortable without swallowing the occupants. The back seat is large enough for three child safety seats or three full-sized adults – even the big beef eaters that populate Eastern Wyoming and Western Nebraska where we are. There is storage space and there are adjust-ability options for just about everything too. 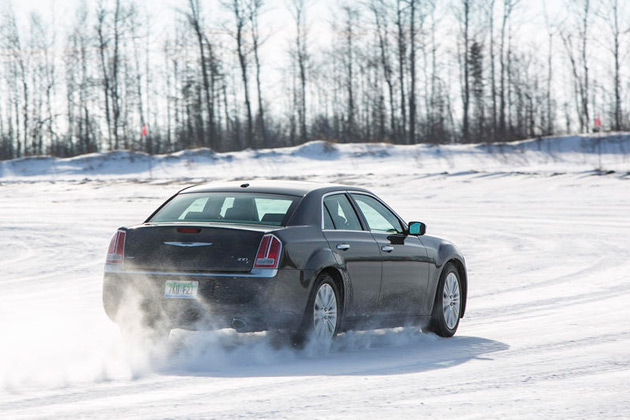 The Chrysler Uconnect system is one of the best in-car infotainment systems on the road thanks to its excellent user interface. In the 300, we had no trouble connecting a phone, media player, finding directions on the nav system, and even operating the seat heaters. Compared to most of the competition, Chrysler has it nailed with Uconnect.

For the driver, the car is very well-laid out, but will require a little adjustment. Chrysler changed the amber glow of the instrument cluster to chrome bezels with a light blue glow instead, which makes for far better visibility. The steering column only has one accessory stick, instead of two. It is on the left side and allows operation of the turn signals, windshield wipers/washers, and high-beams. Headlights are controlled from a switch just below that on the left side of the dash. Once you’re used to that, it becomes an intelligent change that simplifies things for the driver. 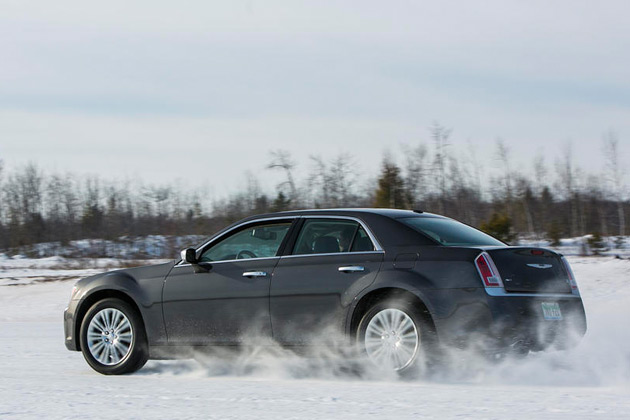 The shifter is another thing that requires getting used to. It’s well-shaped to fit in the palm and allow an easy thumb push of the engagement lock. It pages through Park, Reverse, Neutral, Drive and Low Gear as expected, but both Park and Drive can be accessed immediately by merely pushing harder on the shifter handle when changing gears, allowing you to skip the others in the sequence. A nice touch that, again, greatly improves ergonomics for the driver.

That shifter is controlling an eight-speed transmission, another new addition to the 2014 Chrysler 300. That beautiful transmission, which is appearing in most Chrysler vehicles now, is responsible for the more-than-impressive 27 mpg highway that this beast of a car achieves. The transmission mates to a quiet 3.6-liter V6 that emits a low, happy sound when you press the pedal and push it. The car goes from silent prowler to growling pouncer very quickly. 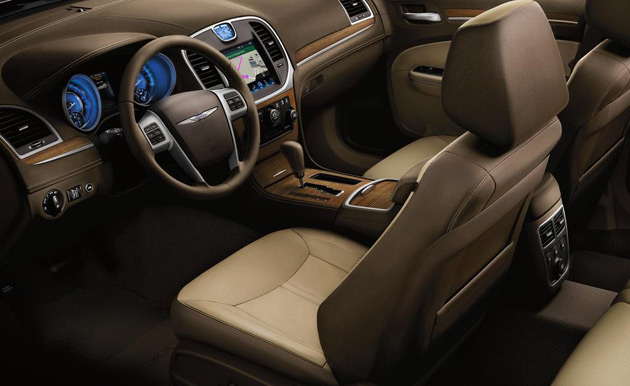 In the AWD package as we drove it, the Chrysler 300C AWD also proved itself to be more capable than many crossovers. Within hours of its arrival, we had nearly a foot of snow falling over a two day period. In the middle of that, we took a 90 mile drive for an appointment we couldn’t skip and the 2014 Chrysler 300C AWD had no trouble plowing snow, keeping its grip on icy roads, and traversing the tundra that is Wyoming in winter.

All in all, the 2014 Chrysler 300C is a great vehicle that harkens back to the days when all cars had to be capable, powerful machines in order to accommodate the rough landscape and strong people who lived on it. Chrysler has hit the bulls eye perfectly with this car.

The 2014 Toyota Avalon Hybrid Is Big, Posh Comfort At 40 MPG