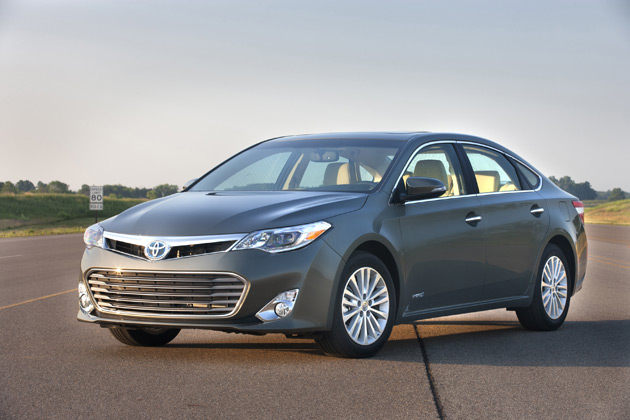 Toyota’s top-line sedan, the Avalon, is a good-looking ride with plenty of luxury. Add in Hybrid Synergy Drive and the 2014 Toyota Avalon Hybrid becomes a luxurious fuel-sipper whose driving dynamics change for the better.

Say what you will about the Avalon, but it’s never been known for sportiness or as a fun drive. It’s big, cushy, and dependable. That granny appeal is what sells the car. What we found was that when you opt for the hybrid option, the Toyota Avalon changes moods quickly. It looks the same and has the same great interior space and posh comfort. But with the addition of the hybrid components, which boost fuel economy to a mind-boggling 40 mpg, you also get the added weight of the batteries and a slightly stiffer suspension to accommodate.

That translates to a far better feel on the road. The Avalon isn’t a sports car, of course, but the Avalon Hybrid does have a far better road feel and more responsiveness thanks to the loss of body roll that came with the stiffer suspension. 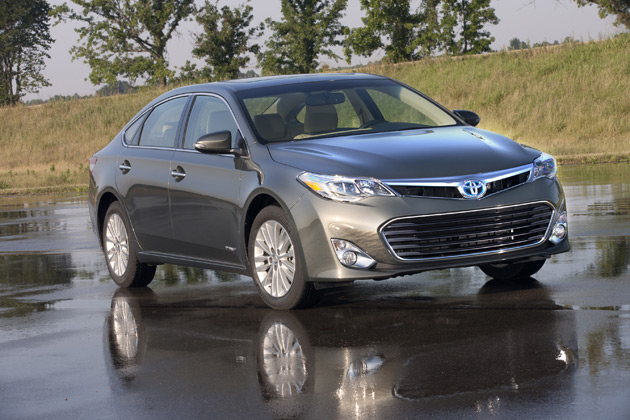 Without the hybrid option, the base price for the Avalon is about $31,000 and the base model hybrid is about ten thousand more than that. As we drove it, fully loaded with the Limited package, it was $44,160, making for a hybrid premium of about five grand over a similarly-equipped non-hybrid Avalon. Steep? Not when you consider it jumps from 31 mpg on the highway to 40 mpg overall (40/39 city/highway), you can see that the premium gets paid back quickly.

Beyond that, the 2014 Avalon Hybrid is one of the nicest cars you’ll ever sit in without getting into the higher-end luxury market. Toyota’s engineers didn’t leave anything out when they designed the Avalon’s insides. Seating is very comfortable in all positions, the rear seat is large enough to easily sit three adults, and the overall tone and layout of the car’s interior is spot on. Little touches like plastic backing on the front seats to protect from scratches from kids that might be in the back seat and storage spaces specifically made for phones, MP3 players, glasses, etc. are found throughout.

The 2014 Toyota Avalon Hybrid offers a quiet, comfortable ride. The engine makes little noise and seems undersized for the car, at only 2.5 liters in its four-cylinder configuration. It’s accompanied by Hybrid Synergy Drive, however, adding a 32kW motor and a continuously variable transmission (CVT). Together, the engine and transmission produce 200 horsepower, which is ample for a car this size. At no time will you feel it’s underpowered thanks to the low-end torque provided by the motor. 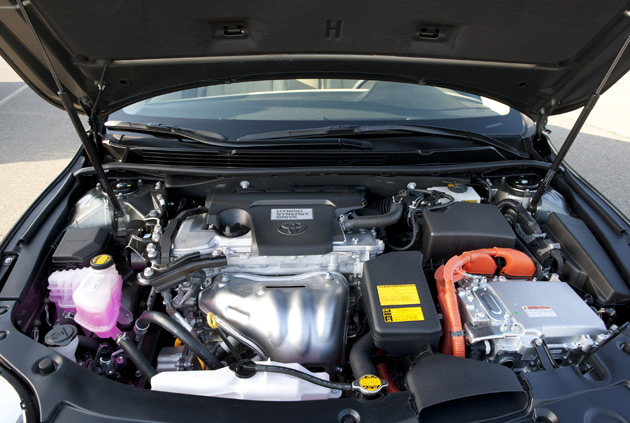 For some, though, Toyota’s CVT is a little clunky after having driven the smooth-runners offered by Nissan and others, but is satisfactory to those used to the shifting of an automatic with gears who might be disconcerted by a transmission that holds RPM steady all the time. The compromise is to “mimic” shifting somewhat by allowing the engine to float in a controlled RPM range and “shift” when it reaches the edge of that range. Many people like this.

For those looking to get into a big, spacious sedan but who aren’t interested in stopping at the gas pump frequently, the 2014 Toyota Avalon Hybrid is stand-alone. It literally has no direct competition, as no other full-size sedan offers the MPG it does at this price point.