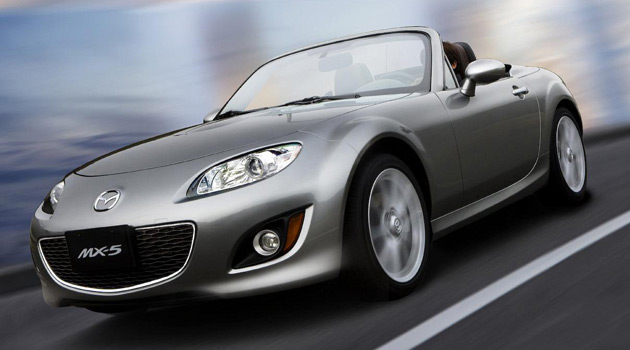 The 2014 Mazda MX-5 is the last of the current-generation Miatas, and once they’re done selling them, there won’t be another like it because a new generation is on its way. Is that significant? That depends on what you think of the MX-5. Think of the Mazda MX-5 as being the Hugh Hefner of cars. A lot of people like to diss on it, but everyone wishes they were in that driver’s seat.

The 2014 Mazda MX-5 Miata marks twenty-five years of these roadsters, and it’s been an awesome quarter century. The Miata is the best-selling roadster of all time and Mazda has not lost sight of what made this car great from the get-go. It’s a combination of low price, fun driving, and convertible happiness. It could be said that the MX-5 epitomizes the Zoom Zoom philosophy for Mazda. 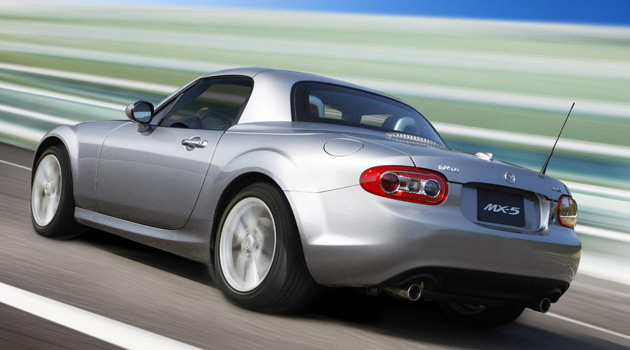 Through the years, the Miata has been a crowd favorite despite its wholesome impracticality and lack of serious under-hood muscle. Unlike the famous (and expensive) European roadsters it’s often ignorantly compared to, the Miata is its own thing. It’s not a speed demon; it’s not a sports car, in the sense that it drives fast and hits corners hard; nor is the MX-5 a beauty queen at car shows. Hell, it’s not even exclusive, since just about everyone can afford one.

No, instead, the Mazda Miata is two seats of driving fun. That’s it. It’s fun to drive and affordable enough that everyone can get one. That’s the real secret behind the Miata. It’s so simple that it’s special and, frankly, almost impossible to copy. Most who try end up gumming up the works with too much thought. 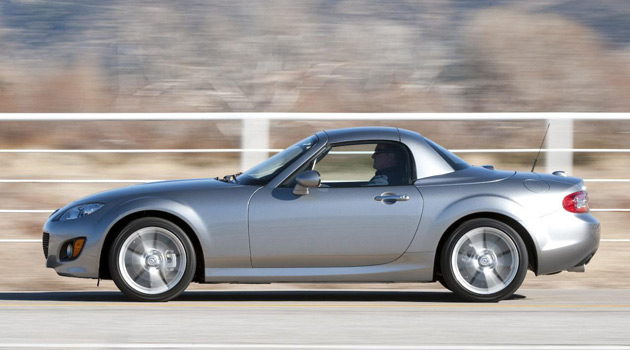 The 2014 Mazda MX-5 is the pinnacle of that, thus far. Available in either a soft or hard top (we drove the hard top, highly recommended for practicality), the MX-5 doesn’t boast killer numbers on paper, but in practice, it drives like a Miata should. To begin with, it’s a tiny, tiny car. Really tiny. So tiny that my four-year-old daughter can look over the window sill and into the cabin. She’s three feet tall. That’s tiny.

That diminutive stature has two big advantages for the MX-5, though. First, it makes it feel like you’re sitting right on the roadway, which imparts a thrill and feeling of speed that comes through even at neighborhood speeds. Taking a friend in the car, we drove around our little town and I asked her a couple of times how fast she thought we were going. She couldn’t see the instrument cluster (I was covering it), and she consistently estimated our speed to be 10-15 miles faster than we were actually going. 25 mph becomes forty in this little car. 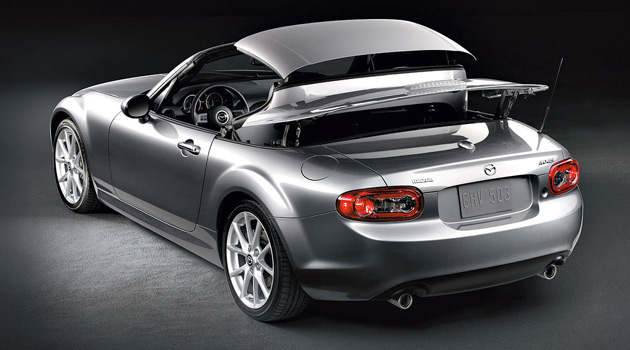 Second, the tiny size means that the itty bitty two-liter inline four that powers it with only 158 horsepower is more than enough to make the Miata feel like it’s racing. All the time. So even with an unimpressive 0-60 mph time of only about 7 seconds, you won’t notice. It feels fast. That’s all that matters.

With all of this, do remember that the Miata is very small. This means that a guy who stands at 6-feet, 3-inches and well over two hundred pounds must make some compromises to drive a car like the MX-5. Namely, a guy like me has to just live with cramped knee room, too-close pedals, and a head tilt when the top is up. But really, this is a Mazda Miata we’re talking about here and as a convertible, its top should be down whenever possible. Which is how I drove it. Shout out to Mazda for giving me a hat and some sunscreen when they brought me the car to test drive. Good call. 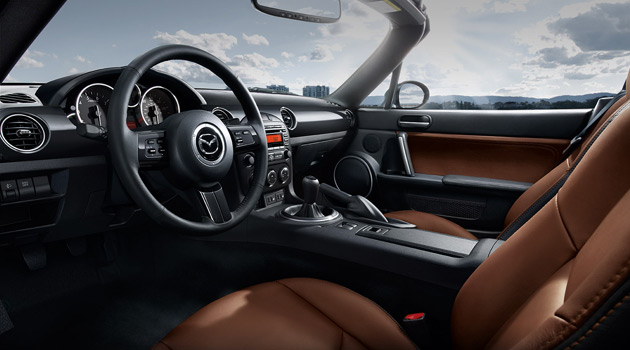 Really, the 2014 Mazda Miata isn’t about specs and numbers on paper. It’s about a feeling. That Zoom Zoom that Mazda always talks about. The interior is plush and things are easy to find when you need them. Since the car is just little bitty, everything is always within reach as well. Better than that, though, the 2014 MX-5 Miata is fun. Always. Even if all you’re doing is going to the Post Office. Every moment in the car is good times. Because that’s how the Miata rolls. And that’s why everyone loves them.

‘Intervals’ Offers A Visual Tour Of The 24 Hours of Nürburgring