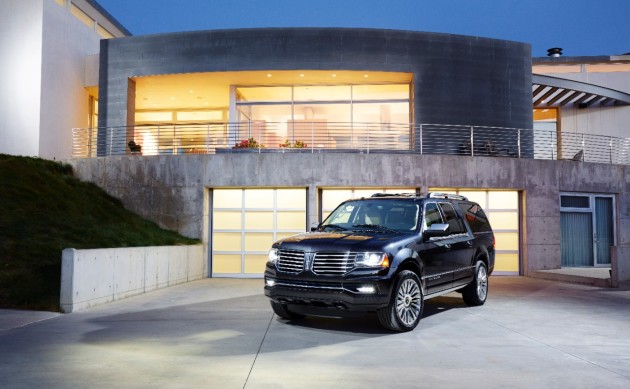 No doubt your parents fondly remember the days of big land yachts made in Detroit. If they didn’t drive one new off the lot, they likely drove a used one and loved it. Most of those cars went the way of the crusher or collector’s garage some time ago. Today, the sighting of a 1960s Caddy or Lincoln is a stop-and-point moment.

While most believe that the days of the land yacht are long past as we spearhead forward into a bright future with a bunch of blinky lights and cars that are more smartphone app than transportation, there are still plenty of gigantic four-wheelers out there on the roads. Today’s behemoth of the road is the sport utility vehicle. Not your everyday wannabe crossover/SUV either. No, the land yacht of today’s generation is a full-sized, truck-based, whale on rubber whose singular purpose is to carry a squadron of people and a trailer full of goodies. Phrases like “fuel efficiency” and quaint notions of single parking spaces need not apply.

The 2015 Lincoln Navigator is right up there with the big boys plying the luxury sport utility vehicle market. Where others are full of modern accoutrements and road-softening technologies, the Navigator holds out as an old school luxury yacht. It’s also a lower-cost option than the new Cadillac Escalade and the Mercedes-Benz G-Class. On the other hand, if you’re the bean counting type, the money saved is likely going to end up in the pockets of the oil barons after a couple of years in this 17 mpg beast.

That said, though, the big Lincoln has a lot going for it. For starters, the 2015 Navigator finally joins Ford’s EcoBoost family with a new V6. Gone is the old fuel-guzzling V8 it used before and in is a new, punchier, (somewhat) more fuel efficient turbocharged six instead. Despite the bulk that is the Lincoln Navigator, the little six banger puts out some impressive muscle for the heavy beast.

This should be expected as it’s the same 3.5-liter V6 that’s made so many waves with the F-150 in the last couple of years. It puts out 380 horsepower, 460 pound-feet of torque, and it can tow up to 9,000 pounds. Compared to the others on the market, those are impressive numbers. The EPA gives the two-wheel drive Navigator a rating of 18 mpg combined. Adding in all four wheels drops that by a point and another point is lost if you go with the longer wheelbase version of the 2015 Lincoln Navigator.

On the interior, though, the 2015 Navigator probably won’t win any contests against its foes. The fit and finish is good, but not great, and the layout is outdated with last-generation components. Small touches, such as the sunglass holder, show the Navigator’s roots as a bejeweled Ford Expedition. On the other hand, the 2015 Navigator’s near-top-shelf price of $73,895, as we drove it, is closer to the base-level price for the Escalade rather than the loaded up version. The price point on the G-Class is in the “if you have to ask, you can’t afford it” realm. 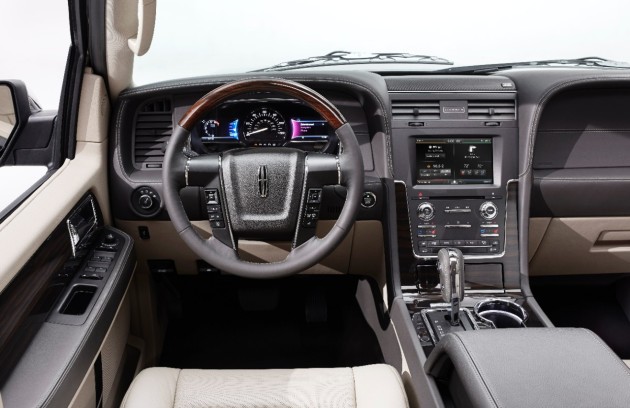 One big surprise in the 2015 Lincoln Navigator was its handling. Despite the huge SUV’s bulk and weight, it is amazingly nimble around town and on the road. Part of this is thanks to the punchier and more torque-heavy engine, but much of it is also thanks to some great tuning for the steering.

The 2015 Navigator is a big, beefy machine that hauls up to eight and pulls their gear along with them. It’s not the most luxurious on the road, nor is it the best off the road, but it’s a lot more than might be expected. The Navigator offers more affordable luxury and no-nonsense capability in a realm where these are usually mutually exclusive.

Related Topics:2015 Lincoln NavigatorLincolnSUV
Up Next

5 Reasons Why You Should Choose Uber Over A Cab